Interview - March 5, 2014
Mariam Ahmad Jumaan, Undersecretary of Land Transport at Bahrain's Ministry of Transportation, speaks to Worldfolio about transport infrastructure development under the Vision 2030 plan, particularly public transport, as well as plans for better connectivity across the GCC. She also discusses British investment in Bahrain and her desire to see more Bahraini women occupying key positions in government and in the private sector 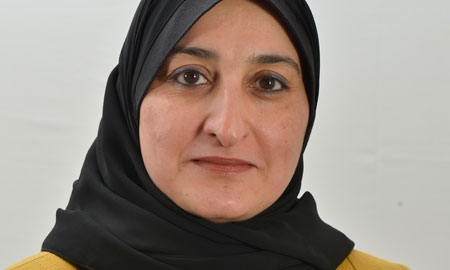 MARIAM AHMAD JUMAAN | UNDERSECRETARY OF LAND TRANSPORT AT BAHRAIN’S MINISTRY OF TRANSPORTATION
As spoken earlier, our focus is Vision 2030 and we are unveiling this initiative by dissecting how the different sectors of the economy fit into the overall vision.  We identified some sectors such as culture, education and especially transport as such integral components of the economy and such essential driving forces of Vision 2030. We would like to have your introductory comments on the importance of land transportation and post for Vision 2030.

One of the key elements of Vision 2030 is that Bahrain must have world class infrastructure linking Bahrain to the world economy.

Our role at the Ministry of Transportation is to provide this alternative, and we are currently in the tendering phase to appoint an operator to run the public transport network.
Vision 2030 has several key elements:  One of them is this infrastructure and the other important aspect is for the private sector to be the engine of growth.  We want the Government to regulate, not to provide all the services.

Looking to the future, we want the private sector to play a bigger role in the economy so this is a key strategic policy. Numerous key areas which were historically run by the Government are now being privatized and outsourced to the private sector based on the belief that the private sector can provide the service more efficiently.  Electricity and water production, for example, is one sector which has been successfully privatised; any generation plants that have come on stream now whether it’s electricity or water are implemented by the private sector.

It was an engagement between a UAE company and a local Bahraini partner.  We are serious about increasing ridership and we cannot do that until we have something that is reliable and efficient. As a rider, I want to be able to go to the public bus stop and get on a bus in not more than five to ten minutes, and to enjoy a comfortable ride. Only when the bus transport system can provide this will we provide a good alternative to the car.

Once we have achieved this, we would like to then move to provide other things to encourage ridership, for example to have a mobile application that allows you to buy your ticket in advance.  So we do now have a longer-term plan for the development of the public transportation system and have started the ball rolling.
Another key element of Vision 2030 is our sustainability; we want future generations of Bahrainis to still have access to fuel and to live in a clean, sustainable environment.  By lessening the use of cars on our roads we will be  creating so many benefits: using less fuel, reducing congestion, improving air quality as well as relieving stress   Demographically, around half of Bahrain’s population consists of expatriates so if I can get half of them to use public transport, then I’ve solved half of my problem.

We are confident that we have a captive audience for ridership and this should help encourage the private sector to want to be involved and to be the driving force.
We have tendered the project as an open public tender so that all qualified companies can bid.  We put in very specific conditions on the type of service that we expect the bidders to provide, and we have had numerous international bidders submit bids, including British companies who have partnered with local companies.

This is a good example of the strong ties between our two countries as we celebrate this bicentenary, and is also a signal that foreign companies looking at Bahrain continue to show high confidence in our business environment; our market is well regulated, the laws will support them and we have the arbitration that is required.
This is the idea that we spoke about with the leaders of the private sector in Bahrain.  We were talking about British investment and that out of all the investors, taking into account the United States and also Asian investors, for British people it’s so easy to come to Bahrain.  Everything is in place, they just need to be more proactive and we just need to put the trigger into those things that can turn them into a more proactive partner.

Yes, absolutely. As I said, among the companies that have submitted their bids for our public transport tender were two British companies, which is evidence that we are creating interest among British companies in the market.
In addition to the operation of the bus transport system, we are in tandem also working on improving the physical infrastructure of the bus network.  This includes clean, comfortable bus stops with enough shade for waiting passengers, updated bus information, etc.

We recently launched a separate tender for replacing all the bus stops and shelters you see on the road, with a plan to rollout new shelters that will eventually replace everything that’s currently installed.  We had a prequalified list, which also included British companies who are some of the biggest players in the market providing specialist manufacturing of bus stops and shelters.
We look at the evolution of the British economy in recent decades, heavy industry has gone down, car manufacturing has gone down and what has kept the UK alive is the know how in finance, public transportation and high tech so I think you are really capitalizing on one of the three advantages that the UK has.

Let’s not also forget the UK consultancy firms.  A lot of the consultancy firms that have long been doing business in Bahrain are British companies like Atkins, for example, who are also currently engaged in a project for the Ministry. Hyder is another British firm whom we’ve worked with for a long time, in addition to Mott Macdonald.
Furthering your comments about the need to strengthen regional ties with the rest of the GCC, there are many projects in the pipeline and we think they are completely essential. We have Saudi Arabia growing at an immense rate and also more established economies like UAE and Kuwait, and then Qatar that is also growing right now.  They present great opportunities for a country like Bahrain that has traditionally been more advanced than the others in terms of education, infrastructure and many other things.  Bahrain is always the pioneer.  So considering Bahrain is the pioneer, how is Bahrain acting as a pioneering voice in terms of the integration of infrastructure plans you have for the GCC?

I’m sure you’ve heard about the GCC Rail Project which is one of the key strategic infrastructure projects to have been started in the GCC in the last couple of years.

I think that rail is a natural progression from the current infrastructure and will connect us eventually with the bigger GCC market, but also to the bigger inter-Arab market and the European Market.  Bahrain right now is taking the necessary steps to moving forward to develop the GCC rail link in a phased approach. Our first phase of that link will be our connection to the Kingdom of Saudi Arabia followed by a connection to Qatar via the Bahrain-Qatar causeway.

Right now we are actively working on the first link which will link Bahrain to the bigger GCC rail network via the Kingdom of Saudi Arabia.
The entire public transport supply chain is inter-linked and we see the bus transport system to be closely linked to the rail project. At this stage, we are starting with the bus system, but once we have the rail in place, we foresee an entire integrated system by which passengers arriving at the airport have the option of taking light rail possibly to the main business area in Seef or the Diplomatic Area.

This is obviously a much longer term plan and we cannot do all of it at once but we are putting into place our strategic plans with implementation plans to make sure that we move this all forward. The GCC Rail Project is a key strategic project that has to happen because it is integral to our larger plan. It will be another arterial link, like the King Fahd Causeway, which will connect Bahrain to the bigger GCC market and the world market.

We are of course only one player in this project and the GCC General Secretariat is responsible for coordinating the effort between all of the member countries.  Each country will be responsible for the rail within its borders so we are closely working with our counterparts in the Ministry of Transportation in Saudi Arabia, the King Fahad Causeway authority, and the Saudi Rail to do our part.
If we move ourselves forward to 2030 now, what are the sort of things that you would like to see changed and what are the sort of ambitions that you would like to see materialised and if we go deeper, not just the infrastructure and the things that we can see but also the intangible things in terms of the cultural change that you’re promoting yourself as a person and as an institution for Bahrain?

By 2030, I would like to see an efficient, well run, and reliable public transport network that people can and do use.  By 2030 I hope that the GCC Rail becomes a reality and connects Bahrain’s economy to the bigger GCC market and to the bigger worldwide market.
Apart from transport, as a Bahraini woman, I would hope to see more females occupying key positions in government and in the private sector through, leading more sectors of the economy based on their merits.  We are known as an open country and anybody who works hard can make it without regard for their gender, religious orientation or sect.  Throughout my career I’ve never felt that I haven’t had opportunities as a woman in an engineering field – and you cannot find a more male dominated industry than engineering.
My aspirations are that even my children and future generations will be able to work in such an environment and that Bahrain retains its openness.  We have always been a multicultural society and I don’t want tensions or extremism to interfere with the way that we’ve lived our lives in the past.
The core vision behind Vision 2030 is that we give Bahrainis a better way of life, through better services and opportunities.

Based on the drive we have at the Ministry of Transportation to fulfill our part of this, with all the services that we are working to provide and all the other government entities and with private sector playing a role in achieving this vision, I am confident that we are going to reach there.  As long as we’re on the road to making it happen, it will happen. 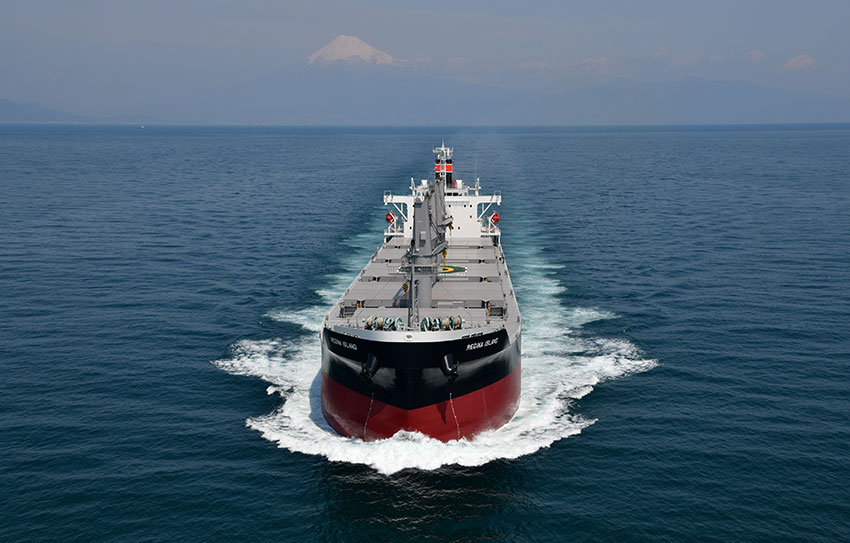 Sailing forth into new waters