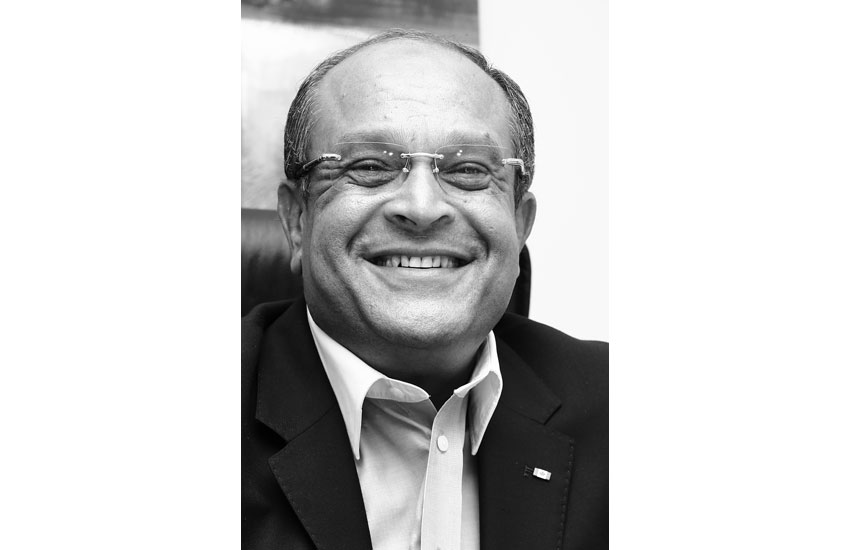 You have held positions all around the Gulf and the Western World, why do you feel drawn to the Gulf and what do you think makes it a special region?

I come from this part of the world. I am Middle Eastern so I understand the culture, the tradition and the language. Due to my origins I am more comfortable working here than in another region.

When I came to Kuwait I tried to use some Arabic words that I learnt in Egypt and they would not understand me here. There are some differences regarding each country and I wanted to ask you, what do you think the Kuwait's identity is? What separates Kuwait from the other countries in the region?

Nothing separates Kuwait from the rest of the region. There is only one language to speak, it is like Spanish in Mexico, Guatemala or Venezuela. Kuwait is a part of the Gulf and it holds the traditions of all the other countries in the region.

Having said that, what could distinguish Kuwait as a State is the clear rules and laws, including but not limited to women rights. These elements were established before most countries in the GCC so they were ahead of the game whereas some countries in the Middle East did not have the same democracy. They have a different structure in place which is different to others. In a nutshell Kuwait is really distinguished by being very much ahead of the political game.

Kuwait has indeed been the progressive leader of the region opening the first stock exchange, establishing women rights and maintaining a democratic parliament. However it seemed that for a while it had stalled, at least regarding economic progress, and it is heavily dependent on oil. What do you think about Kuwait's diversification? Where should it go to not depend so much on oil?

We can showcase hundreds of billions of dollars for tourism but the only tourism that Kuwait has is very regional. During holidays or weekends you see thousands of people coming by car, mainly from Saudi Arabia. We also receive many UAE & Qatari tourists who come here because of the good weather and because they perceive Kuwait as an eased atmosphere with a moderate and conservative style. However, the tourism you are referring to such as the one in Rio de Janeiro or Mexico is absent. You will not see this western-style tourism coming to Kuwait simply due to the various cultural and historical roots.

Taking into account that the population the hospitality sector serves is relatively small, what does Mövenpick have that allows it to distinguish itself from the others in market share? What do you think you do differently?

Honestly nobody does it any differently; it is just about how well you know the advantages of your own brand and your own hotel. Nowadays people’s expectations are key and what Moevenpick Al Bidaa does differently is simply showcase the hotel in a way that will be perceived to be the most preferred destination for families seeking fun and enjoying their time with affordable and competitive prices. Moevenpick Al Bidaa is a unique city resort located where you have a vibrant surrounding, which surely makes it very special.

People outside still relate Kuwait to the war. What should the Kuwait brand be? What would you like foreigners to think?

Firstly I do not think you can or need to brand a country however if you wish to relate to Kuwait you can simply say Kuwait is very rich with oil and a very stable Gulf state that is enjoying a very peaceful political climate and the Kuwaiti people are well united around the royal family with their hearts and faith in its Ruler.

I came to Kuwait without a mental image and I now have seen the humanitarian hub of the region, with the investment in Islamic causes and freedom of speech. Would that not be an important message and something to attract more people to invest here rather than in some other country in the Gulf?

I mentioned before this is a very oil reach country and not an underdeveloped country and not open for foreign investors like Egypt. On the contrary Kuwaiti money is outside invested in other countries, so in fact it is the other way round. Bottom line there is no foreign investment needed.

What should be the goal of Kuwait's image outside?

A stable country moving forward in all directions to improve social benefits and welfare for its citizens with great relationships with its neighbors.