In an exclusive interview with Globus Vision, H.E. Yariv Levin - Minister of Tourism of the State of Israel, expands on the attractiveness of the country to visitors from all over the world and the need to cooperate with other countries in order to increase the much needed number of visitors. 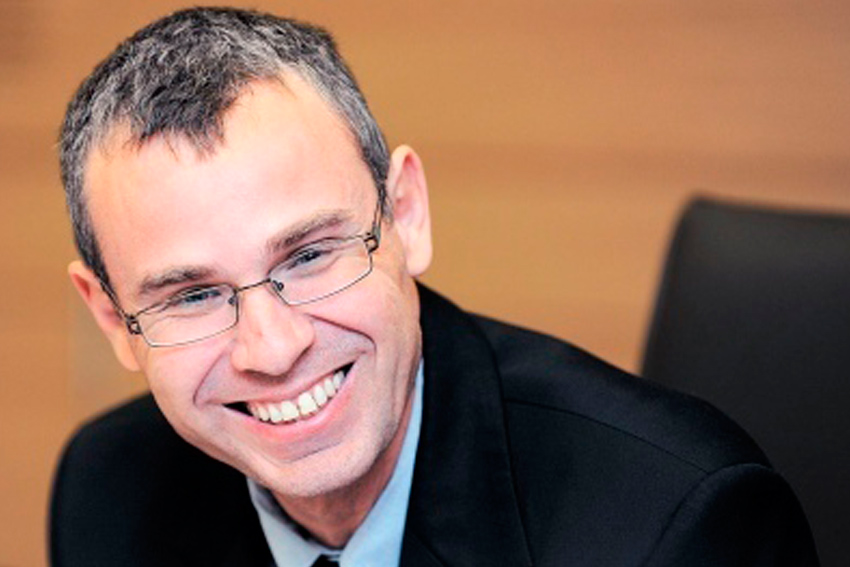 Can you tell us about tourism in Israel?

First of all, I will make an introduction. We are building a huge center in Beer Sheva, which has already become one of the most important centers in the world.

We have many companies there in all of the aspects of innovation. The second thing is gas and energy. One of the things Israel has never had was oil and energy, and we have a lot of problems with it because we cannot buy those things from our neighbors because they boycott us.

It was very expensive to import it from very far away. We started to import. Now, for the first time, we are completely independent, and we are starting to export gas, which is a huge change, something unbelievable.

It became an opportunity to do many important things. For instance, we have very important cooperation from Cyprus. We are trying to construct the pipes and take the gas and then send it to Europe.

There are many interesting things going on. It makes us independent. I believe that there is a good chance to find even oil because according to what I know, and what I read, and what I see from various reports, the problem that it is very deep.

So it takes more time. In the end, there are good chances to get to that point. Since we dreamt about coming back to our homeland, it would be like a miracle.

Our knowledge plus our power allow us to do almost anything in that aspect.

Tourism in Israel is the two aspects that I talked about before is much behind. I think Israel until now has not invested real money and real efforts in promoting tourism.

We have the best product one can think about. From archeology to the religious side, including beaches, views, well heritage places, and people, everything.

There are people here in Israel who know many languages, and really welcome tourists. We have a very open society. What surprises many people is that this is a very safe place for tourists.

I think it is one of the places where you can really go without any fear, you can go out at any time at night. If you compare all these advantages to the number of tourists that we have, it is really unbelievable.

I had a meeting with the Minister of Justice from Spain, and he asked me how many tourists we have, he made that question in Spanish.

I answered his question, and he asked me again in English because he thought I had not understood, because it is unbelievable. The numbers are ridiculous.

I think we have certain things we should change in order to do it differently. And I think that there is a lot of potential.

The potential is huge, and we can make a change in quite a short period. I do not think we need a lot of time to do major changes that will change this picture completely.

First of all, it is marketing. I think that we should put more marketing, we should do it with new tools, with new thinking. We are going to invest much more in media through the Internet, what we have not done almost at all until now.

We are now building a model of cooperation between the industry and the Ministry, with flying companies, with hotels, with hostels, with all the municipalities, and with all partners in order to work together.

What has been done so far was to make a publication in Germany, flights from Italy, and try to sell hotels in Ukraine. What we are now trying to do is to make all of these things work together, and do it online immediately.

If you have empty places, that is the right place for marketing. That is the way to change current situation. Other problem is that we do not have enough hotels. In that aspect, there is a big change for investors to do some things that will be very profitable and not in the long term.

In Israel, the number of hotel rooms is something around 50,000 rooms, and it has been the same for fifteen years. There has almost been no change. We have few two and three-star hotels.

It is almost impossible to find them, and we have growth and ongoing growth of local flights into Israel, especially from Europe. So we have local flights in fifty or a hundred dollars a flight.

And then they have to pay five hundred dollars for the hotel. So it does not match. What we are doing now is to finance projects for new hotels.

Otherwise, building it from scratch is expensive. We will invest in hostels also, because I believe that if young people does not have enough money but come to Israel and see the country, then maybe in their honey moon, they will come again, and they come to a hotel this time.

In the end, it is good for everyone. Many people want to feel the experience of feeling how it is really like to live here. I think that has a great potential.

I think we should cooperate with other countries. For instance, I think that we have a lot of potential to cooperate with Italy by building joint packages of Rome and Jerusalem, including archeology here and there.

It is especially important to look to markets that are far from here to, whether it is the Far East or the United States. If we do it properly, it can open new horizons in that aspect.

What is more, is that we are going to emphasize our marketing efforts in the Far East, in China, but also India. There was a change in the relations between Israel and India.

It is a complete change in such aspect. The Prime Minister of India is going to come here for a visit. We have now a lot of cooperation with India in various fields.

We are going to make a real effort in marketing in India, and in China. In the Philippines, there is really a chance to make a game.

What we are trying to do now is to buy together four pieces of land in Jerusalem, Tel Aviv, etc. in order to market them together and make a huge hotel chain that specializes in the Far East, special standards, special food, etc.

So we will build a chain of hotels here in Israel that will be adapted to the Far East needs. There is marketing power there to bring people. We are working very hard in bringing to Israel new airlines.

I think that is a basic thing, because you cannot come when you do not have a way to fly or when you have to do many connections. We are paying 45 euros for each tourist in the Winter time, for each seat.

There was a jump from six flights every week in the previous Winter to twenty five that will come next month. We are thinking about spreading it in a way that will really help those companies to come and feel safe.

We will also give them the money for marketing, and cooperate with them so that they feel they are on a stable ground and can really work it for longer times.

What is also important is the issue of health for tourism. We have two things: an excellent system with the best doctors, hospitals, etc., and something unique, which is the Dead Sea, specially for certain diseases, and it has a very good impact.

What we are trying to do now is working to make this organized with licenses with the companies that will bring those tourists who come and receive all the medical care. It has huge potential, and it can be all year long.

It does not matter if it is rainy or hot. They can come all year long. They usually come more than once because they come for their treatment, and then for checks.

The potential is very huge. We have a small industry, but I think we can expand it much more. Of course we are still working with our traditional markets, which are people from catholic communities worldwide.

I think that even here, the potential is huge. We are building a new Internet website with applications for iPhones. We want people to look at it from their houses and understand exactly what we can do here.

The list is very long, but it reflects the potential vs. the current situation, which is very low. I think that it can be a boost.

What will be your main strategy in the coming years to carry on attracting tourists from the USA?

I think we should make contact directly with those people who have a special interest in coming here, whether they are catholic or people who come for medical treatment.

I think that, especially in the USA, this should be the main emphasis. It is important to have certain offices in the USA, but I think we should put more emphasis in working with communities rather than geographically.

It is not Los Angeles, it is a catholic priest within a community, for example, or a Jewish community. Now, we are working on a special project that will bring Jewish children.

We have something that is called Bar Mitzvah, which is a celebration of being an adult when you come to the age of thirteen. They do it and receive a certificate and of course, they will do some excursions around Jerusalem and around the country.

The USA is huge, and with the budget that we have, it is impossible to cover it all. That is what we are trying to focus on, our strong point and the communities and people that are related to it.

And I think the potential is huge. We need more flights to Israel from the United States. There are many, but it is still not enough. Even from New York, in certain times it is impossible to find a seat.

Again, there is a lot of potential.