Building the image of Nigeria

Interview - August 2, 2013
Minister of Information Labaran Maku speaks about the changes Nigeria has instigated and the myriad opportunities that await global 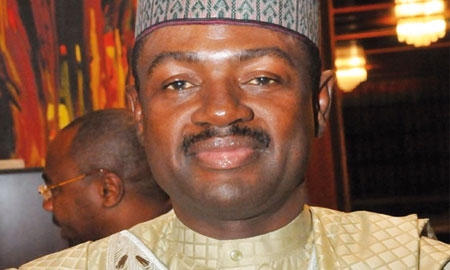 LABARAN MAKU | MINISTER OF INFORMATION
Since Nigeria became a democratic republic in 1999, one administration after another has launched reforms – some sweeping, others more subtle – to turn what was a closed, government-controlled economy into a flexible and open one, more attractive to foreign investors and with the mechanisms in place to spur ever-increasingly sustainable economic growth.
What are some of the recent more groundbreaking reforms and what opportunities have opened up within the Nigerian economy?

Constitutional rule since 1999 has made it possible for us to embark on reforms that have looked to put the country on a path of growth. Under military rule, reforms would only last a few years, and then they would be set aside. But now we have a predictable exchange of rule of government.
The Nigerian economy of 2012 is completely different from the Nigerian economy of 1999. Back then, several sectors, such as telecoms, were state controlled, and there were laws banning companies from participating in those sectors. At that time there were no mobile telephones in Nigeria, and that was holding other economic sectors behind.
Between 2001 when the reforms started and now, we have had growth from about 50,000 analogue lines to close to 90 million telephone lines today, with big network operators such as MTN and Vodafone coming in to provide world-class services.
The cement sector also underwent fundamental reform. The government privatised most of its holdings in the cement companies. Now Nigeria has the biggest cement production in Africa, and is approaching self-sufficiency for the domestic market. In another few years or so, given the number of new cement plants that are coming up, we will be able to produce cement for export.
That is a key sector where reform has worked, because the government is predictable, democracy has continued and policies have been sustained.
Another sector that was state controlled and underwent fundamental reforms was power. Most of the problems we have in the power sector are because until today, the power sector has been controlled by the government. Since you could not set up a power project or distribute power and because the government was an inefficient manager of businesses, our power sector stagnated over the years. Now reforms have completely opened up the sector. We now have independent power plants and people can set up independent generating sites. We are now privatising power transmission and distribution, because private companies are more efficient.
The other sector that has become a goldmine for investors from around the world has been infrastructure: road construction and transport networks across the country and waterway transport on our two big rivers. We have set up the Infrastructure Concession Regulatory Commission (ICRC) to create an enabling environment, laws and procedures for private companies to invest in infrastructure.
Aviation, solid minerals and agriculture are other sectors in need of investment that hold huge potential.
How is your Ministry getting the word out about Nigeria’s new image?

We want a sustainable PR relationship with one or two organisations abroad, who can take up the issue of the daily management of Nigeria’s image, working in sync with the Ministry of Information. Secondly, we want to see if there is an opportunity to organise regular forums in Europe, America and other influential destinations around the world, where we set up platforms to discuss Nigeria and opportunities here with selected, targeted audiences – businessmen and influential politicians who make policies and decisions to influence the direction of businesses, investments and so on.
We’re also looking at running TV ads and campaigns in the press, so that the world will begin to look at Nigeria in terms of its size, potential, capacity and market, and so that we will look at the opportunities and look at the challenges we have, side by side. At the moment, I think people are looking more at the challenges.
Also, you have got to change the mentality of looking at Africa as a“You have got to change the mentality of looking at Africa as a continent where you can extract raw materials. You have to look at Africa now more as a business partner”