By Road, Rail and Air

Tajikistan’s Minister of Transportation, Khayrullo Asozoda, discusses government strategies and projects to better connect the country to neighboring countries and the world. 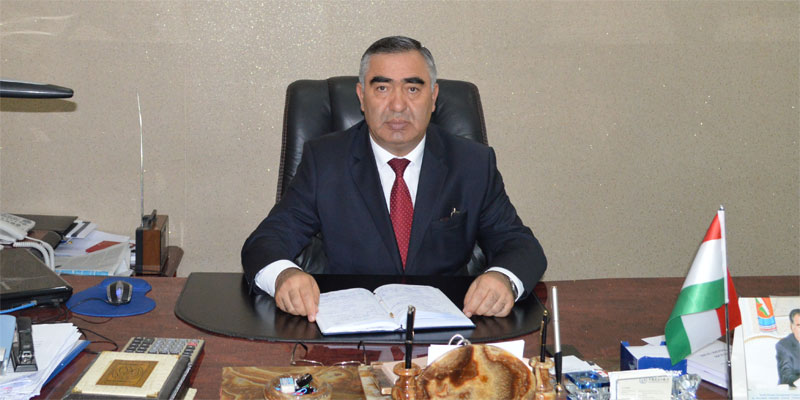 HE KHAYRULLO ASOZODA, MINISTER OF TRANSPORT OF THE REPUBLIC OF TAJIKISTAN
SHARE

HE KHAYRULLO ASOZODA | MINISTER OF TRANSPORT OF THE REPUBLIC OF TAJIKISTAN

How are the activities of the Ministry of Transport of the Republic of Tajikistan evolving to meet today’s challenges?

First of all, I’d like to mention that the Ministry is a governmental organization responsible for all issues concerning transport in our country. I’d also like to point out the fact that during Soviet times, Tajikistan was not viewed as a separate country, and we barely had international experience or ties with other countries. We didn’t have international airports, roads or train lines. The closest we came to being an important transit zone was when we exported cotton and aluminum from Tajikistan to other countries. Much of our current strategy is based off this paradigm.

Some of the issues we are currently working on include: the improvement of existing transport routes and the creation of new ones; the development of transnational highways; the widening of Tajikistan’s domestic and international aviation sector; improving and perfecting laws concerning transport in the country and the preparation of well qualified national staff who will be capable of continuing the already high rate of development of the country’s transport sector. We are responsible for the customs services at all points of entry to our country.

A new terminal just opened at Dushanbe International Airport. What is the significance of this new terminal?

Everyone knows that the gates to any modern country are international airports, through which an enormous amount of passengers pass through, both on arrival and departure. Before becoming independent, our main airport was used largely for domestic flights and was rarely used for international flying purposes.

Starting from 2007, after reforms, all four international airports of Tajikistan were separated from air companies and we began the long and complicated process of modernizing our airports according to world standards. The idea of constructing a second terminal was the natural result of a sharp rise in the number of passengers arriving in and departing from our country. In order to accommodate this need, the new terminal was an absolute necessity. With the opening of the new terminal, Dushanbe International Airport can now serve up to 550 passengers an hour. It is estimated that the airport will serve approximately 5 million passengers a year.

As you can see, this was quite an important project. The old terminal was similar to a provincial airport, and was in need of many renovations. However, the government has not stopped with the construction of a new terminal. We are also in the middle of a new project that, with the financial aid of the Government of Japan, will allow us to modernize and update the cargo terminal of the airport. There are also a number of reconstruction and modernization projects taking place in the airports of Khujand, Kulyab and Kurgan Tyube.

What are your expectations for Tajikistan’s aviation sector over the next five years?

As I mentioned earlier, as a country that doesn’t have access to seaports, our only real option is reliance on the development of the aviation sector. One of our strategic goals is to widen the geography of flights coming in and out of the country, in all directions. We have several goals we plan to achieve before 2025, some of which include the signing of international bilateral agreements, which will allow Tajik companies to make use of foreign airports. We also plan to update our flying stock, so that international and local companies alike will have suitable conditions for operation.

The main problem we have been dealing with is our inheritance of Soviet-era planes that are unprofitable economically, not to mention dangerous. For this reason, we have signed an agreement with Boeing to buy two new airplanes every year for several years. Our aim in this is to ensure that all citizens of Tajikistan have the ability to travel to any point of the world with ease.

We already have direct flights to parts of Europe, but we’d like to expand our reach across the world. We need flights that depart from Dushanbe and arrive directly in New York, or Tokyo. We’re currently negotiating with aviation authorities in France, to allow us use of their airports for this purpose. We’re about to close a deal with the government of Latvia, which will grant us access to Riga’s international airport as a transit point.

What is the Government doing to promote Tajikistan’s role as an overland transit hub between Central Asia and China?

Tajikistan is at the center of the Silk Road, and currently has 8 international, commercial high ways. We have road ties with the Republic of Kyrgyzstan, Uzbekistan, China and Afghanistan. For this reason, the construction of border terminals and logistics centers is one of our main goals, so as to ensure reliable and easy transport between our neighboring countries.

For this to happen, the increased construction of roads is a necessity. Today we have a number of projects taking place related to the reconstruction of several main highways, bridges, tunnels and roads. These projects have cost around $550 million. The total cost of all road reconstruction projects in Tajikistan since independence is around $1.1 billion. In order to complete all the current projects we have planned, we need around $7 billion.

What is the current situation concerning the development of Tajikistan’s railway links both domestically and internationally?

Unfortunately, the railway system in Tajikistan is not very developed, and it consists of three isolated and unconnected routes that run along the central, northern and southern parts of the country. One of our major plans is to ensure rail travel to our neighboring countries. As it stands now, we only have rail connections with Uzbekistan. To further complicate the issue, the rails used in Tajikistan during Soviet times are of a different type than the ones used currently around the world, say, in China and Iran.

What about plans for the Turkmen-Afghan-Tajik railway project and how might this project help connect Tajikistan to international markets and lower the prices of importing and exporting?

We are currently examining the idea of an interconnected, transnational railway that would run from Tajikistan through Afghanistan and connect to Turkmenistan. This is not a long distance, only approximately 160kms. The project has already begun on the Turkmen side, and now the three countries are currently in the middle of talks concerning the shared railroad.

The successful completion of this project could significantly affect the costs of importing and exporting materials from Tajikistan. It would also play a very important role in better connecting the country to the rest of the region and the world.

What is your advice to potential international visitors?

We are developing our transport sector not for the benefit of the citizens of Tajikistan, but also for foreigners who want to visit our country. Tajikistan is very beautiful, with mountains covering over 93% of the territory. Before becoming Minister of Transport, I didn’t really have much experience with traveling around Tajikistan. Now, of course, I do. I invite everyone to come visit Tajikistan and the country for themselves.