Laying the foundations of an economy from the ground up

Interview - September 12, 2012
Ms. Julissa Baez, Executive Director of the Association of Portland Cement Producers, realises the importance of the construction sector to build and maintain a healthy economy 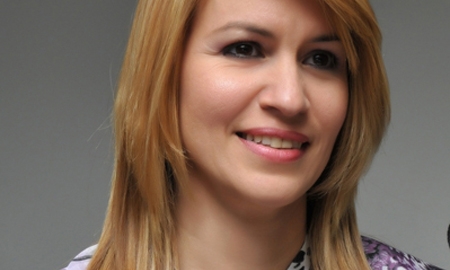 We know that the economy of the Dominican Republic is doing very well currently. It has been growing for many years now, with over 6% growth over the past decade. What role has construction played in the country’s economic development?

Construction has not only contributed to the Dominican Republic’s economy, but economies in all countries. GDP (Gross Domestic Product) is a key issue, and the Dominican Republic is no exception. In recent years, there has been a lot of investment in infrastructure in our country. A developing country still has great potential for growth. Construction can continue contributing to economic growth in the country. I understand that although there has been a considerable upswing in construction activity in terms of infrastructure investment by the State during the electoral period, there is still a lot of room for further investment, particularly with regard to private investment in this sector. Engineers and builders who construct buildings are not just focusing on infrastructure – they are also focusing on residential properties.

The role of the private sector in this industry.

It is incredibly important. However, for us within the cement industry, looking at the private sector and the State as customers, the State has a much greater impact on the cement sector. In the past, the private sector did very well, and there was an increase in 2006-2007 before the global crisis in 2008, when it started to decrease. Private construction has still not grown as was expected. There have been ups and downs, but it has not recovered as it should have. This sector is very much affected by interest rates, as well as demand and purchasing power. There are many other factors which affect the private construction sector, and this is why the State has decided to invest in infrastructure.

Improvement in the private’s sector accomplishments.

The private sector also depends on the political-economic factors of the State, i.e. the interest rate. Also, the training that engineers receive in the construction sector, so they can adapt to new technologies and new construction systems. They can even help create a more ‘affordable’ construction process. Our country currently has a housing deficit of around 1 million properties per year. However, properties are still being built. But a new law is expected to change the outlook and move towards investment to build more affordable homes. It is about looking for a niche where the private builder earns profits and the population has access to good homes.

We know that it is one of the most consolidated industries in the country, creating 35,000 indirect and direct jobs. Mr. Oller (President of the Association of Portland Cement Producers) said that in the first half of this year, 703,000 metric tons have been exported, which is 34% more year-on-year.

If you ask a builder why cement exports are doing well, they will say that it has a great effect on the country with the inflow of foreign currency, but they want to sell it locally. Why? Because they say that they produce cement for the local market. There has been an increase in cement exports because the market has not been doing very well. The process of cement production is continuous. The Association helps producers by facilitating export processes, in terms of state organizations. We also help facilitate relationships with other countries. They all engage in the process differently.

What are the most successful export channels?

Haiti is our best market to export given the proximity, but also because they require the cement. It has always been like this, even before the earthquake. Other areas of the Caribbean are also important, such as Jamaica. Most of these small islands do not even have cement production plants, so they need to import the product. The cement we produce here is of very good quality, and the fact that we are nearby facilitates the process.

How has the CAFTA (Central America Free Trade Agreement) affected the sector and how can the Dominican Republic and the US improve relations in terms of exchanging engineers and know-how in the sector?

The US is huge in this regard, and the amount of cement products is immense. We are even going to send cement to Europe with the European agreement we have. In the short-term, there will be an exchange of technology and learning. Most local cement firms have an international aspect to their business, but a local too. They have a capital locally, and they also have a capital abroad, which means that they can keep abreast of things in terms of technology and investment in plants. This industry is considerably advanced – some countries are still using processes that are obsolete, whereas here, we use state-of-the-art technology. This is because these multinational companies that are behind the local capitals demand these kinds of standards.

How do you expect the market to develop over the next five years?

How is your Association ensuring that the environment is looked after and ensuring others operate in a responsible and efficient manner.

We have a code of conduct, where the environment plays a key role. This has not been difficult for some companies – they are ahead of our requirements, mainly in terms of sustainable development in cement production. We are looking at climate change and the impact of CO2 emissions, and the country is gaining momentum in these areas. Industrialized countries are a bit more ahead, and we still have a way to go. However, cement companies operate under standards that their partners indicate they must comply with. These standards might not be the same as what local regulation requires them to do, but they have to comply with international standards. CEMEX is one of the main cement companies globally, and they have standards that they must maintain. These companies have to comply with European and American standards, even if the local laws do not require these standards.

How can attracting international investors benefit the sector?

People ask me this question a lot. Despite the fact that we are a small country, we have six companies producing cement at the moment, and one is going to start producing in December.

It is about natural resources. The material that is produced naturally in our country and the sheer amount of it all around our country at good prices, makes this market attractive for cement production. This land produces most of the materials that are required for cement production. This country is also in a strategic location, which means that you can export cement and there are also companies that import. There has always been a lot of respect for the cement industry in the Dominican Republic. They are long-term investments, and there is respect for this. I think that is what has made the country attractive, and that is why so many companies want to operate here.

You have been working at this Association for three years.

Yes. I worked in corporate communications before. I worked in “conflictive” companies in the past; for example I worked in Shell, before moving to CEMEX. Then I worked at Barrick Gold. The sector and the mining industry are really interesting. There are lots of conflicts and so much potential. We are non-metal miners, but at the end of the day, we are in the mining sector.

What are the most important characteristics of a Dominican worker, so that they attract more investment?

To be completely honest, there is still room for development. Although many companies that set up in the country (not just cement firms) bring lots of foreign workers over to train the local people. But we should already have a trained workforce. So there is a lot of room for training professionals in technology and innovative processes. Initiatives are being undertaken, but this is not something that can be achieved in the short-term. Why can’t people train here in this country? There are very good universities, but it is still lacking I am afraid. Dominicans are optimistic people. We are the third happiest country in the world.