Durango: “We are prepared to become an industrial development hub”

Interview - July 22, 2014
The governor of the State of Durango, Jorge Herrera Caldera, welcomes the reforms propelled by President Peña Nieto and explains the opportunities that await all those who decide to invest in this thriving northern State. Connected to the Port of Mazatlán by a cross-country highway, and with its third gas pipeline under construction, Durango is becoming more competitive. Rising employment rates, a climate of social peace and constant investment in infrastructure, education and training make this solar capital the ideal place for companies searching for a good opportunity on Mexican soil. 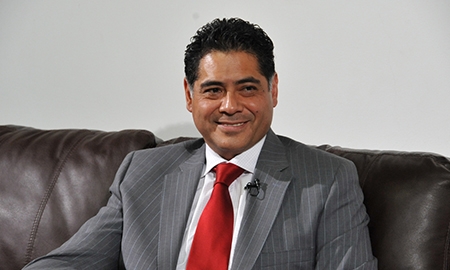 JORGE HERRERA CALDERA | GOVERNOR OF DURANGO
2013 was a bit more complicated than expected. But 2014 presents itself with more optimism, and Goldman Sachs even believes the Mexican economy might surpass the Brazilian economy by 2020. Is Mexico facing the great opportunity of becoming Latin America’s economic leader?

The President’s reforms have the objective of making Mexico’s economic growth possible. Together, the reforms enable the country to take a great step towards modernity. With these structural changes we will be able to insert ourselves into a very competitive global world.

We are on the brink of having a new perspective of a completely reformed Mexico. This is President Peña Nieto’s objective: to generate well-paid employment and to turn Mexico into a highly competitive country.

It is said that the energy reform will end up being an industrial reform, because it will boost both the manufacturing and industrial sectors. In what way is this a strategy to attract investment and renew the country’s international image?

The essential part of the energy reform is that their will be investment in the hydrocarbon sector. Natural gas won’t only be destined for companies, but also for housing purposes. This will, indeed, make the industry more competitive. We will be more competitive and more and better-paid jobs will be created. This way we will be able to battle poverty and create the conditions for a more just and equal Mexico.

These are integral reforms. Some are important for the development of our land, like the agricultural and livestock reform. It boosts its productivity and its integration into the production chain: the objective is for our fields to produce what the international markets are demanding.

We have over 50 percent of Mexico’s forests here in Durango. With the possibility of joining Mexican capital with private international capital, these sectors can become more powerful.

Last year was a good year for Durango. There was a lot of growth and wages increased. In what way can these reforms condition the present and future of the State?

We have a great advantage. In the case of Durango, a new pipeline will be introduced. This will lower the price of natural gas and make the State more competitive. We already have two and this will be the third; it will make it possible for Durango to become one of the greatest beneficiaries of the new energy infrastructure. We will also benefit from the new roads infrastructure. The Durango-Mazatlán highway was just inaugurated; it’s the biggest in the history of Latin American. This leaves us at only two and a half hours from the Port of Mazatlán and connects us to the Pacific commerce and the Asian market. The eight States of the North will be much more connected to international commerce. We are also fighting to build a new port. And the one in Mazatlán is being updated to triple its capacity.

It’s important to highlight that the new superhighway constitutes the North’s economic corridor and it’s the first straight-line road to connect the Pacific and Atlantic oceans. We will be able to compete with the Panama Canal with great advantages. Transit between Mazatlán and Matamoros, from one ocean to the other, will only take 12 hours.

With these elements, Durango is ready to become an industrial development hub. This is a great opportunity to develop more international commerce and welcome investors. We have an important plus: Durango is positioning itself as the first solar capital in the world. We will be the biggest solar farm on the planet, because we enjoy 300 days of sun each year and we have a luminous sky.

Durango is starting to grow significantly and investment is starting to arrive. In 2010 there were 180 thousand jobs. With the infrastructural improvements we have reached 214 thousand, the highest figure in the history of the State. With constant promotion, this year seven new companies will arrive. And they won’t just bring direct jobs, but also indirect ones, mostly in the transportation sector. In fact, we have projected there will be twelve thousand new jobs by the end of 2014. This is barely beginning.

You have received six billion pesos to build infrastructure for education. How are you working to favor innovation and investment?

Seven new polytechnic and technological universities have been built in the last few years. In 2014 a new technological and bilingual university will be built. With that we will reach 8 universities. This will enable Durango to exceed the national average education offer in terms of degrees. And we are focusing on degrees related to what the State is trying to boost. For example, International and Foreign Commerce and other degrees related to alternative sources of energy. We want professionals that can focus on industries of quick development. We are also generating training scholarships, this way we can support both the companies and the young graduates, so they are able to receive training without further cost.

The Interior Ministry has indicated that the Northern States are a priority when it comes to security. How are you working here in Durango to improve your security rates?

Fortunately we have advanced a great deal. In the last year and a half, kidnappings have been reduced by 50 percent. In 2013 there were only 21 and, of those, 19 cases were completely resolved. Murders caused by organized crime also decreased by 60 percent. We are the region that made the most progress in this matter. We have even stopped some organized crime leaders.

Today, people can go out on the streets, they have reopened their businesses. Neighbors can enjoy the night air and people are getting along in places where it used to be impossible to coexist.

I would imagine this has improved tourism?

We have made an important investment in touristic development. President Enrique Peña has strongly supported us in recovering our historic center. We have two areas of great potential. First, our historic center, which was included in UNESCO’s World Heritage List. And second, Durango is one of Mexico’s seven colonial treasures because of our historical monuments. We are also boosting nature tourism and convention tourism. It is our objective –with the President’s support and taking advantage of the peaceful conditions we are living in– to turn Durango into an industrial and touristic destination, to generate well-paid jobs, battle poverty and end the current gap of inequality.