An essential piece in the Italian government’s reform agenda is the Jobs Act. Minister of Labor and Social Policy, Giuliano Poletti highlights the changes introduced that have produced more than 750,000 permanent contracts last year and created more flexibility in Italy’s labor market. 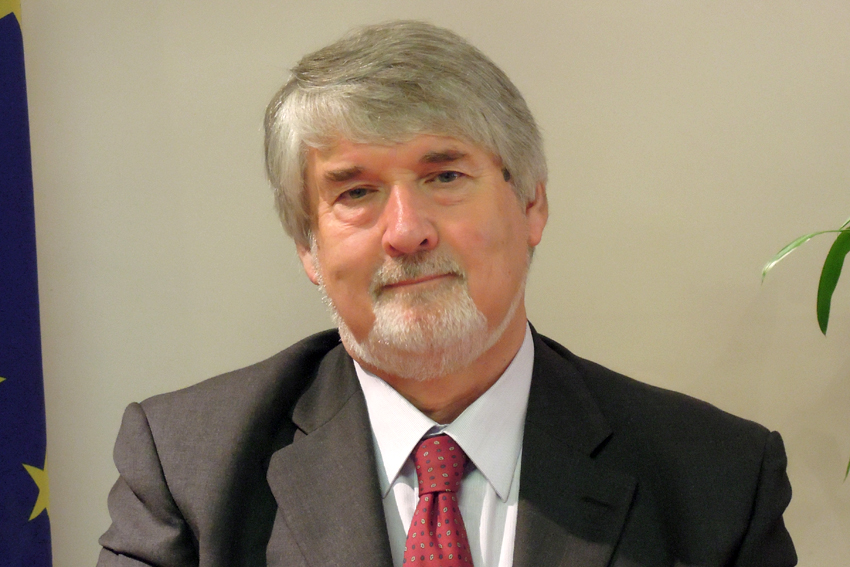 Italy is finally emerging from its deepest crisis since World War II with a GDP growth of +0.8% in 2015 and projections set at +1.6% for 2016. Looking back at Italy’s performance over this past year, what are the country’s greatest achievements in your opinion?

It is undoubtedly true that we reached the end of a very long and deep historic crisis that hit – and consequently weakened – the country’s productive capacity. Therefore, by relaunching Italy’s economy we intend to rebuild a very complex production system based on a diversity of flexible large and small businesses.

Last year’s performance has inverted the negative trend: the crisis we dealt with was global. Our greatest achievement has been to prove that it is possible to change the situation through an extended reform program laid out by the government.

Economic analysts think this year is still going to be quite turbulent. When it comes to the economic recovery, is it a consequence of exogenous factors, such as QE and lower oil prices, or positive domestic economic reforms?

An economy that is as open as ours will undoubtedly be affected by events happening in Europe, as well as in the rest of the world. If we look at the data, this is not a purely positive influence because global markets are all suffering the same phenomena of unsteadiness and volatility. Also, we have to face the issue of administrative sanctions. All these factors counterbalance potentially positive trends.

The fall of oil prices is certainly positive for countries that require energy, but is definitely counterproductive for exporting countries as it limits their financial resources to purchase our goods.

Nevertheless, we can’t deny that if our country was able to outperform other European countries, it is also because of our reform program. Our full potential will emerge gradually; our future expectations are even greater.

It is a widespread idea among experts and international economic organizations around the world that the austerity policy has exacerbated the crisis. Will the 2016 Stability Law mark a shift from austerity to investment promotion in Italy?

I’m positive it will. It is the first Stability Law that increases our resources; enhances the purchasing power of Italian citizens; reduces tax pressure; supports employment; and intervenes on companies’ investments. We have introduced a Stability Law that encourages active attitudes that help people and companies react faster.

Despite contradictions and difficulties, we need to speed up the pace that was slowed down as a consequence of the austerity policy. We cannot always think in terms of cutting down public expenditures – although we certainly need to keep our debt under control and reduce it by expanding our economy.

In addition to the constitutional reform, the so-called “Unlock Italy”, and the judicial reform, a key point of Italy’s reform agenda is represented by the labor reform. Can you share with us your vision of the Jobs Act’s achievements and how it affects the employment market in Italy?

I think that the first important achievement of the Jobs Act was to show, nationally and at an international level, that we can achieve our objectives. Employment in Italy and its regulation has always been a very sensitive political issue, characterized by erroneous communication among politicians, trade unions and worker organizations.

We are taking charge of our responsibilities. We are displaying trustworthiness. It was decided that our political opposition – as legitimate and democratic as their deterrents could be – would not refrain us from carrying out our reform program.

We encouraged a change in mentality by opting for an employment reform that simplified labor system regulations for entrepreneurs and global investors, and how they can act within it. If a contract is finalized, there is a precise procedure to follow without having to go to court.

We are now in line with the best European practices. The labor reform also aims to get rid of uncertainties that represent a heavy burden for both workers and entrepreneurs. It is not a coincidence that the French government is presently discussing its own Jobs Act and Germany has published the Green Paper on labor law. This means that we can consider ourselves pioneers in a matter that concerns many EU member states.

There is a pioneering aspect to this law which is the concept of “flexicurity”, namely a new model of flexibility in the labor market. What would you say are the benefits for workers and companies?

The law represents a cultural change. We shifted from a system that basically exclusively protected employees within their job place to a more flexible system that better responds to the dynamic marketplace – where certain jobs disappear and new ones are created. This means that employees are protected within the labor market and not only the workplace.

Our goal is to promote employment, competitiveness, know-how and the relationship between school and work. If what you learn in school is not relevant towards the current economic situation and framework, your education will still be important but it won’t be enough towards your future job placement.

If these issues are approached using a conservative attitude in an ever-changing world, it will eventually lead to our downfall by protecting excessively the adult generations that are already employed and ignoring the younger ones. A country that does not protect its young generations will have trouble building a good future.

The most important challenge of your ministry is, indeed, to facilitate the entry of young people into the labor market, especially if we consider the country’s high unemployment rate. What are the measures that you have taken in this direction?

We have already achieved a good result by adopting the Jobs Act, which directly tackles the high level of job insecurity related to temporary working contracts.

The old strict legislation was incompatible with the contemporary labor market. Moreover, new types of flexible working contracts have been created in the past, which meant less rights and more insecurity for employees representing a lower cost to the hiring company.

It was more convenient for employers to hire on a temporary contract rather than a permanent one. Companies were not investing on the human capital they were hiring; proper training was rare. On the other hand, employees were not investing in the company either because they knew that the experience was only temporary.

We inverted this trend and presently have created over 750,000 permanent contracts in comparison to the previous year. It is a radical change because in our country in 2014, 80 contracts out of 100 were temporary and only 20 were permanent.

The second goal that we want to achieve is the implementation of a new model based on a school-to-work alternation program because the future of the younger generations will depend on the skills that they will develop during their education.

In this direction, we need to start from higher education and create opportunities for students to gain experience. The “Youth Guarantee” program for example – which is supported by the EU – is of great value because it represents an example of positive relationships between citizens, public administrations, and private companies. 900,000 young people have already applied to be part of the project which is unprecedented in the country’s history and a great responsibility for us.

The mentality in previous administrations implied that if a citizen had a job and lost it, the institution needed to provide assistance. However, if the citizen had never had a job in the first place, there was simply no public institution to turn to. With “Youth Guarantee”, if someone has not found a job within six months after completing their education, they can register with the public employment office to get assistance.

Another important aspect we are dealing with is the digitalization process of educational institutions. We need to keep up with new technologies, make them look appealing and train people on how to use them in order to eventually match IT skills with another wonderful Italian aspect that is our traditional artisan expertise. The experience of “e-makers” or digital artisans proves successful.

Looking at the ongoing negotiations on the Transatlantic Trade and Investment Partnership (TTIP), trade liberalizations always bring about winners and losers. How do you think is Italy positioned in this context?

The TTIP has a strategic value because we need to take into account several phenomena. Globalization, to begin with: financial markets and technological innovations are spinning at the speed of light. Our decisions, our cultural and organizational models, and even democratic system, are currently under pressure because social innovation is resoundingly slower than technological developments. We need the right instruments to keep these different dynamics in balance and both the EU and USA are crucial to this purpose.

In general, bilateral agreements prove to be successful when both parties are able to benefit from them. History taught us that unbalanced agreements are likely to be either forgotten or end up into conflicts. There are, however, significant differences and interests that cannot be denied on both parties.

It is true that our country has a significant number of SMEs that fear the arrival of large American enterprises. Each company or business has its own optimal theoretical dimension in relation to its product, market and regulation. This latter prevents the creation of market distortions and assures that all competitors can act in a ground of equal opportunity.

The agreement should be carried out, but we have specific issues with the United States, which concern the protection of our local products, especially in the agro-food and mechatronic industries.

We need specific protection on this matter because if a foreign consumer buys a product that is called Parmigiano Reggiano, he needs to know that that product was produced in its area of origin – Parma or Reggio – and not in Bavaria or Montana. This will damage the Italian producer as well as consumers.

If the agreement is balanced, small and medium-sized companies will benefit from it, as the TTIP could therefore reduce costs or barriers that normally only large companies can withstand.

We often outskill our international competition in the production of customized goods. This does not only apply to the fashion or food industries, but also in capital goods industry. Italy indeed hosts some of the world’s best mechatronic production plants. Italy is globally recognized for our unique capacity in producing quality and beautifully designed products.