An influence on international affairs, Italy plays a significant role in many of the world’s hotspots; for example it is seen as a great partner in the Middle East in particular. Following the success of the first ItalAfrica summit earlier this year, Italy’s Deputy Minister of Foreign Affairs and International Cooperation Mario Giro explains why Italy’s overseas focus is now even more fixed on building bilateral relations with African nations and why more countries should follow suit. 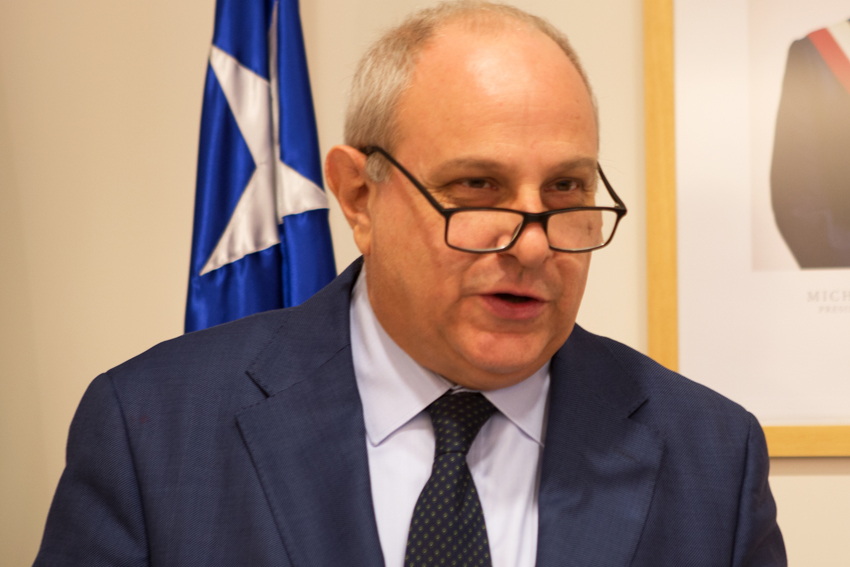 From an international cooperation point of view, what is Italy's role in the Mediterranean area and sub-Saharan Africa?

In my opinion, the Mediterranean and the sub-Saharan region of Africa hold a deeply strategic importance for Italy and Italian investments, which include sectors such as energy and renewables in particular, infrastructure, and scientific research.

Italy is focusing on further strengthening high-level cooperation in terms of migration management and of course economic development. Our view of Africa is significantly more positive than that of the rest of the world; we see it very positively and full of opportunities.

Africa is an area of the world that has become very much globalized with continuous movement amongst people, not only in Syria and certain parts of Africa that have been ravaged by war. It is a land of enormous and difficult challenges, but also of great opportunities.

The European Union has assisted many countries – for instance we have seen significant economic and quality of life improvements in the Balkan region. The same must be done for Africa. Tunisia in particular has shown great strides in protecting minorities and empowering their citizens. We need to leverage on those examples.

Could you highlight some of the key points of the first ItaliAfrica Summit in May 2016?

We have been speaking about improving Italy-Africa relations for a while. Now we are just solidifying them, and of course, keeping our promises. So far, Prime Minister Renzi has visited Africa three times and even the President has been to Africa. There will surely be other missions in the near future.

Investing in Africa has recently become a top priority for us. Other countries such as China have already started investing in Africa due to its potential and high demand in the construction sector. Of course, our business model is quite different from China's, but we were the first to notice such potential.

On to the topic of security, terrorism of course is a serious threat and it has become international. We have seen attacks almost everywhere in Africa – in the north, and in the sub-Saharan region as well. We have to work together on this issue. This means sharing intelligence, improving border and general security.

The third point, migration, is a complex issue. Migratory patterns need to be stabilized. With balanced inward and outward migratory patterns. We are not seeing this today.

I have a quote here taken directly from the European Council and the text of the New Migration Partnership Framework that says: "Specific measurable results must be obtained with illegal immigrants. All member states must use the necessary tools; including commerce & development." Is this strategy realistic?

I think it is wrong. There is a significant gap between the Migration Compact and the New Migration Partnership Framework you mentioned. Delaying investments based on such a result-driven approach is not the answer. African nations must be taken seriously. What would their interest be if they were not deemed as same-level partners? Are we really expecting them to re-settle these immigrants if we are not able to perform such tasks by ourselves? Are we expecting them to do it for us?

Africa is the last place where we may find long-term economic investment opportunities. We have to take Africa very seriously and directly get down to business with them. Unfortunately, many people see Africa as land of poverty and where we find problems at every turn. That is just part of the story and only in some of areas. This is not the reality. They have land, human resources, agriculture, and large numbers of thriving businesses. We need to start seeing them as full partners.

Italy has become a non-permanent member of the UN Security Council for the 2017-2018 period, sharing the seat with The Netherlands. What will Italy bring to the table?

The foreign policy post-World War II has had one main focus, namely to be in the "A League." Italy has participated in all the most important organizations and summits around the world, including the G7, G8, G20, and the creation of the European Union, not to mention the key role of our country mediating with Russia after the fall of the USSR.

Although Italy was 10 years late in joining the United Nations, it can be argued that Italy is an influencer in international affairs. We play a significant role in many of the hottest areas of the world and we are seen as a great partner in the Middle East.

Italy will help resolve the issues that plague our modern world. Surely we will play a pivotal role on topics such as migration and economic development.