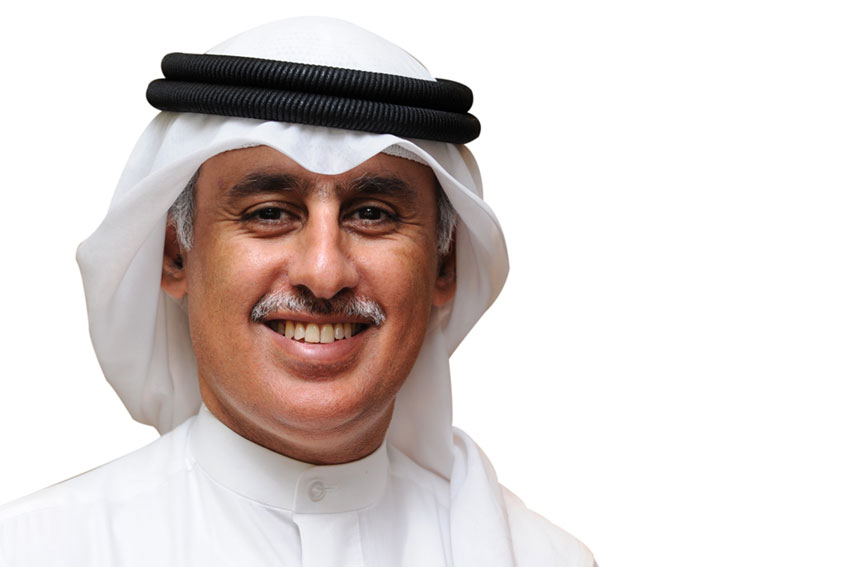 How does Bahrain compare in terms of diversification and competitiveness to the rest of GCC nations?

Bahrain is a different story in comparison to other GCC countries that are still heavily reliant on oil sector for GDP contribution. We are the most diversified economy in the region, where for the Financial services accounts for 24.7% of overall real GDP, the next in line is manufacturing, which comprised 16.7% of GDP, followed by heavy industries such as mining and quarrying, which contributed 13.1%. Transport and communications is a developing sector, accounting for 9.8% of GDP, an 11%. Unsurprisingly the construction, real estate, hotels and restaurants sectors have all suffered from the political unrest, recording shrinkages of 3.8%, 5% and 13.2%, respectively, compared to 2010 and lastly Tourism stands at 5%.

However, putting everything in perspective, developing the non-oil sector has been a government priority for decades and much of the growth in this segment has come down to creating a business-friendly environment.  Bahrain still ranks 63rd out of 183 economies in the World Bank’s “Ease of Doing Business” survey for 2017. This places it above Qatar, Oman Kuwait, Saudi Arabia and only below the UAE.

How does Bahrain stand in order to be the gateway to GCC’s trillion-dollar market for international companies?

We have a very solid position within GCC, being geographically positioned in the heart of the region, and with a close proximity to the largest market, Saudi Arabia, the ministry’s current priority is to establish the Kingdom as a gateway to the Northern part of the GCC, mainly Saudi Arabia and Kuwait. Currently, we have a very efficient logistics network to service this markets, whether through air, sea or land.

We are only within 20 minutes’ reach to Saudi Arabia, making Bahrain an ideal location if you want to import and then export to these markets. We have the shortest clearing time at the port in comparison to other GCC nations, and over the last 18 months transit time to Saudi Arabia and beyond has improved significantly. The government recently created Bahrain Logistics Board (BLB) to oversee King Fahd Causeway efficiency, and over the last year we have managed to reduce the backlog from 4-6 day to 48 hours, with an ultimate objective of reaching to 2 hours. Once we reach the objective it will mean the goods can be cleared from the port and reach to warehouse in Eastern Saudi Arabia within 48 hours.

Secondly the works for The Airport Modernisation Programme (AMP) of Bahrain International Airport is ongoing where we aim to double the airport’s capacity from 7 million to 14 million passengers per year. It will boost the kingdom’s aviation industry, which is an integral part of Bahrain’s national gateway facilities, infrastructure and services. One of the main priorities is to increase capacity for the cargo terminal.

What are key changes being done in order to improve business environment in Bahrain?

If we break down by sectors, in commerce we overhauled the company registration process, changing the company registration laws. We removed minimum capital requirements for companies and the requirement to have minimum qualifications; meaning for example you do not need to be a doctor to open a hospital. We started looking at the individual as financial investors, rather than technical experts capable of running the operations. We have also launched our online registration portal Sijilat, where a company can submit their application online from anywhere around the world.

On industry, we realised that without having a proper supply of electricity and access to land it is difficult to make the sector attractive for investors. Thus we changed the Industry and Land laws, making it easier to reclaim land that is not being used or misused. We also managed to cut down on violators, and reduce backlogs, and it was done so having the new Industrial Park in mind which will be functioning from 2018.

By 2019 we will also LNG terminal expansion completed, that will solve electricity supply issues and be able to provide a constant and consistent stream for industry players. In the meantime, the ministry is putting a tremendous effort to increase our inventory of land.

Lastly industry only thrives when you have a strong export sector, and in order to do so we teamed up with the Economic Development Board (EDB), Tamkeen and Bahrain Development Bank (BDI) in a major initiative to set up an export development centre. The main objective is providing advisory services and financial assistance to boost exports from small and medium enterprises. Both the private and public sectors need to work together to identify the best market- product matrix and then select the target markets to concentrate on market promotion and developmental efforts. Expanding exports is a strategic necessity for our government and part of essential business strategy for the Bahraini private sector. Exports will boost the economic sector and give products of Bahraini companies more exposure in global markets. We want to change our youth from job seekers to job providers.

The Ministry was given the responsibility of the Tourism sector and this year we have seen a strong growth, with an 8.4% increase in inbound traffic in the third quarter of 2016 and a peak of 1.4m arrivals during the month of August. We also saw in 2016, Manama formally being named the "Capital of Gulf Tourism 2016" in early January.

How is the Ministry redefining the tourism sector and planning to attract more visitors?

The Ministry has completely overhauled the tourism sector, by introducing of Bahrain Tourism and Exhibitions Authority which will lead promotion of the sector, with an objective of increasing tourist arrivals.

To give you some statistics and what has been achieved; we recorded a total of 11.6 million visitors in 2015 and are targeting to attract 15.8 million visitors to the Kingdom by 2018, an increase of 36.2%. The Kingdom has also witnessed a steady rise in hotel occupancy rates, which were at 45 per cent in 2013, before slowly climbing up to 50 per cent in 2014 and reaching 52 per cent in 2015. Moreover, the current average expenditure of a tourist is BD120.6 and we aim to increase it to BD136 in the next three years.

In order to achieve this numbers, we have refocused and recently launched a new tourism identity under the slogan of ‘Ours. Yours. Bahrain.’, which will allow us to further diversify the national economy away from its dependence on oil. The new identity was unveiled in April followed with opening offices in the UK, France, Germany, Saudi Arabia, India, China and soon to be open in Russia.

In line with the new identity Bahrain Tourism and Exhibitions Authority has been very busy to promote the country in the GCC region and also internationally, with several key events held to celebrate Manama, the “Capital of Gulf Tourism 2016”. This year should not be any different where BTEA is outlining new plans to follow up on the success they have had in 2016.

Bearing in mind UK and Bahrain celebrated the 200th year anniversary of formal relations last year, how important is to strengthen ties between the two Kingdoms, in order to create more opportunities between the private sectors?

Let’s look at the statistics: the total value of bilateral trade in 2014 was about £451.4 million, up by 2% from 2013. Bahrain is one of the UK’s largest export markets in the GCC. The UK exported £295.5 million in goods to Bahrain in 2014, a 9% increase on 2013. However, in comparison for example with the US total bilateral trade that stood around $2billion there is plenty room for growth. The 200th year anniversary is an embodiment of a true partnership and trust. We need to utilise this milestone in order to accommodate further growth and start new talks on how both nations can work together in the future. Bahrain also needs to be more visible in UK when it comes to promotion, inviting more companies to utilise our business environment to have further access to other GCC markets