United World talks with Barbara Bruce, President and General Manager of Hunt Oil Company in Peru, about the country’s growth, her company’s strategy, and the future for the US-based oil and gas exploration company in Peru. 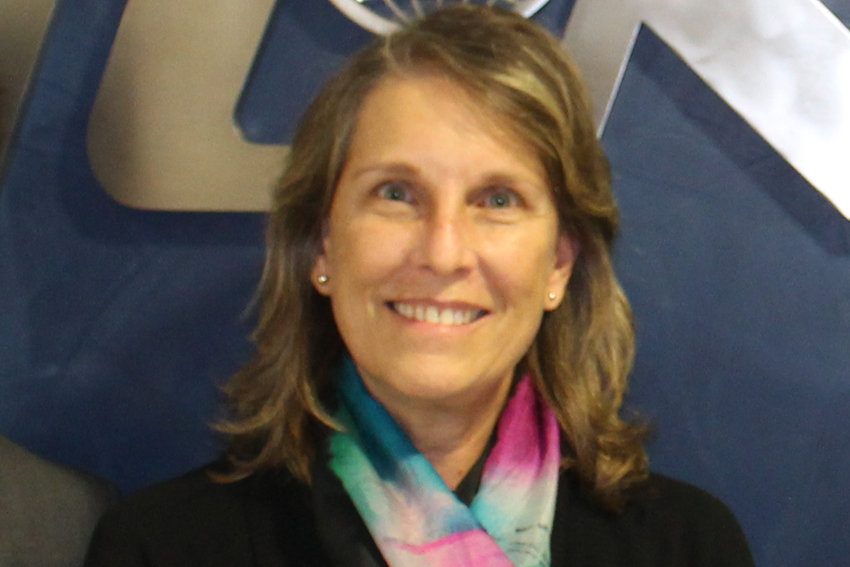 How can the hydrocarbon sector improve and invigorate the experience that Peru is currently going through?

In Peru, the hydrocarbon sector is being affected by two issues: One is completely external and there is no way to control it, which is the 60% decline in crude oil prices since last October. The other matter is the internal situation, trying to facilitate the investment and exploration of hydrocarbons in the country, which requires prior consultation since it is connected to a social issue with the communities and environmental permissions.  For the last 4 or 5 years, the hydrocarbon sector has been affected.  Norms are being established for the requirements of prior consultation and we have analyzed the environmental issues; however, these norms are beyond what would be considered as best practice internationally.

What does the private sector demand to institutions like Perupetro?

Perupetro is a partner in the adventure of exploration and, if successful, development of hydrocarbons. In principle, Perupetro requires from the Operator of the License Contract the accomplishment of the minimum work programs established. Institutions like Perupetro and likewise should be interested that the requirements, concepts and contractual frames are competitive with other regions. They should be constantly evaluating how attractive Peru is for investment.

Why did Hunt Oil settle in Peru?

Hunt came to Peru when an opportunity to invest in Camisea was presented in 2000. The Peruvian State was putting out to tender the exploitation of resources found in 1983-85. It took 20 years to get productive resources to market generating for the State income through royalties and to the local regions canon. Camisea has proven to the world that hydrocarbon extraction can be done when executed under high standards respecting the environment, social and culture.

Hunt Oil is diversifying and they are part of the Peru LNG project.

One of the innovations that Hunt promoted when it joined Camisea was to analyze ways of monetizing the Block 56 gas reserves for the benefit of the government and the Peruvian consumers. Gas export from Block 56 positioned Peru in a new and modern dimension, becoming one of the group of countries entering into the LNG market. This has been a reality for the last 5 years through the well-known Peru LNG project. Hunt is one of the shareholders in Peru LNG together with Shell, SK, and Marubeni. As well as exporting liquefied gas, the possibility of local LNG is being considered for the loading of tanker trucks for distribution within Peru to the national market to distribute LNG to the north and south from the Peru LNG facility in Cañete.

I think it is a good idea to expand the coverage of gas, but I consider it a better idea to look for the gas supply. Without the gas supply, it is impossible to increase the expansion of the pipelines. Nowadays, the only large gas supply is from Camisea. Due to exploration restrictions and the lack of incentive to invest in, we cannot guarantee that additional large fields will be discovered in the future. A strong campaign for the exploration of hydrocarbons, gas and oil is missing; and only then, with some luck, will we find additional oil and gas resources.

What was the criterion used by the country at the level of certain agents of the region such as Colombia or Mexico, regarding the energy reform to attract investors in this sector?

Mexico is choosing an energy reform that Peru chose in the 90s. They have many more assets than Peru and they are going through a learning curve regarding what is attractive and what is not for private investment. The big difference between private and public investment is that the private party has to report results, and better be good ones; otherwise, changes will be made. The role of the government as we understand it today is very important because it is connected to everyone´s welfare. In contrast, in a private company the decision is made thinking if the income is beneficial but if it is not the case, they will not invest.

I understand that Hunt Oil came to Peru to stay. Is that so?

It was clear for Hunt Oil that we are guests in Peru and we really appreciate being given the opportunity to be here. Peru allowed Hunt Oil to bring its knowledge as regards oil and gas exploration and production. We were able to share and explain how hydrocarbons and the modern oil industry can develop in the most sensitive areas with proper care of the environment, social matters and culture. We really believe in prevention when working, respect to our workers and neighbors and to work together with the government and communities.

Block 76 is located in Madre de Dios in a very sensitive area which is between two national parks. We have demonstrated that it is possible to work with transparency and communicating with communities throughout the planning and execution phases. We also brought the know-how and worked to industry best-practice. We managed environmental issues analyzing the biodiversity, implemented pollution prevention measures and developed programs to minimize the environmental impact of the exploration project.

We have established communication links with and complete openness with Peruvian institutions and authorities; we share information and findings with them. Therefore, all parties gain from the experience equally. They help us to understand their needs, we explain them our activities, we learn from one another. It is a great alliance.

In what way does Hunt Oil work with the communities to get to know their needs and the means to cover them?

Every project, industry or development is a table with three legs: one is the company, the other one is the community and the last one is the State. During all our meetings with the communities we have clearly said that Hunt Oil is not the government’s paternal arm; it is there due to the license contract. It can work with the State; being in remote areas can be a facilitator, but we will never replace the States obligations.

What image do you think that the companies involved in hydrocarbon activities in the USA have abroad?

Speaking for Hunt, I am proud to be part of the company, the reputation gained with good work, planning and communication talks highly of Hunt.

What aspect would you like to highlight of the cooperation between the American company Hunt Oil and Peru?

The most important aspect is mutual respect between Hunt Oil, the governments and communities in which we operate. There has always been absolute respect in connection to the decisions made by the government, the culture of the country and the administration of the agreements signed with the company.

The hydrocarbon sector is changing the dynamics. It starts to be headed by women, for instance the Oil and Energy Ministry from Nigeria. Has it been difficult to change this way of thinking?

My father was an oil-producer and his children were all daughters. Thus, the change began at home where it was not a strange thing to hear a girl talking about engineering, polishing metals, woodworking and at the same time getting dressed to go to the disco. In the industry, the recognition of the work has been a priority and also working in teams. It is always a cultural battle. There are ancient cultures that cannot conceive a woman working as an engineer or in mining or in an industry. It is a type of professional development that has been occurring for the last 50 years. It started during the Second World War, when all the men were away and they were replaced by women in the factories.

Facing the G20 and the B20, people are much more careful about choosing where to invest, especially long-term investments, like hydrocarbons, for example, when the prices of commodities are falling. Why is it still attractive to invest in Peru?

Peru is still attractive because it is still growing. Although it is doing so at lower levels than it did in the last 10 years, Peru has always recognized and respected the agreements with all the industries. To be competitive, it has to look outside; otherwise it will not attract investment in the hydrocarbon sector.