How the lower house whip builds consensus among a divided Congress

South American parliaments have been known to baffle even the more experienced political scientists. When Mauricio Macri was elected, many of those political scientists turned their skepticism toward Argentina. Macri’s brand-new political coalition which embraced institutionalism and the open-market did not hold majority in Congress, and some doubted that Macri’s message of true change in Argentina would evolve to more than just speeches. 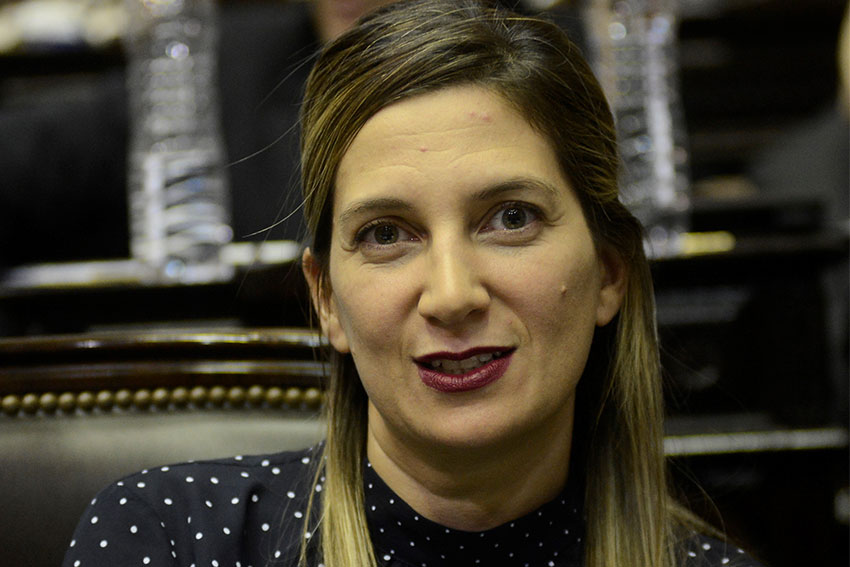 The first year of politics for the new government proved them wrong. Argentina’s Congress passed no less than 87 laws in 2016, including the approval for Macri’s game-changer deal with holdout creditors, which brought the country out of default and back to the international capital markets.

How did Macri build the consensus? Nicolas Carver sat down to discuss with the woman at the center of the daily work. Silvia Lospennato is the Argentine equivalent of the majority whip is the U.S. House of Representatives, with one major difference: while her party is the largest bloc, it still only holds one-third of the seats. She is therefore tasked with bridging the partisan divide to so that the country can carry out the structural change which Argentines expressed at the ballot box in 2015. At a time when Argentina will be under greater attention through hosting the Youth Olympic Games, World Trade Organization, and G20 Summit, the inner-workings and effectiveness of her government will be under greater international scrutiny.

The Worldfolio:  The change in government in Argentina in December 2015 brought about a potent positive response in the United States, with President Barack Obama visiting President Mauricio Macri during the latter’s first 100 days in office, and with President Donald Trump receiving Macri during the former’s first 100 days in office. From a congressional perspective, how can Argentina take advantage of this change in discourse?

Silvia Lospennato:  No foreign policy is complete without legislative involvement. While our constitution delegates foreign policy to the President, all foreign treaties must be approved by Congress.  For this reason, it is fundamental that our country’s relations with the rest of the world, be it the United States or any other country, be accompanied by our congress.  In the current Congress, we understood this from day one through the Congressional Friendship Committee with the United States, of which I am the vice chair. This multi-partisan committee’s objective is to accompany our growing relationship with the United States.

During the previous administration, there was  Congressional Friendship Committee with the United States, and there were only committees created for states with ties to the Kirchner government: Venezuela, China, etc.

How can Argentina act as a regional power concerning the situation in Venezuela?

Argentina is calling to find a solution to the crisis in Venezuela which has already claimed far too many lives. Our first move was to call for a renewal of dialogue between the government and the opposition.  President Macri’s position, as well as that of our Republican Proposal party (PRO) is that the human rights situation in Venezuela has deteriorated over the past several years with critical democratic values being violated.  Now however, a humanitarian crisis has ensued, with shortages in food and medicine which is completely incomprehensible that the Venezuelan people should have to suffer.

For this reason, we are advancing via the Organization of American States to open humanitarian channels to help the Venezuelan people to resolve this crisis. We demand that Venezuelan President Nicolás Maduro set a timetable for elections and the democratic process, from municipal to national elections.

The President’s Cambiemos political coalition of which you are a member does not hold an absolute majority in either house of Congress. How do you work to achieve consensus to pass laws?

It is a major challenge. I am the whip of the Cambiemos coalition in the lower house known as the Chamber of Deputies. There are 86 deputies from Cambiemos, yet we need 129 deputies on board simply to sit down and discuss any political issue. There are 141 deputies which make up the Peronist opposition from various blocs. Even the Cambiemos coalition is diverse – with 42 from the President’s Republican Proposal party, 38 from the Radical Civic Union, and the remainder from the Civic Coalition. Achieving consensus even within our own coalition is not an easy task, as I must work with the ministers from the executive branch to convince our deputies to hitch their wagons to the bill, and that’s where my work begins.

Do you see the upcoming midterm legislative elections as a distraction from the work that needs to be done in Congress?

During this two-year congressional term we spent our first year with very difficult, structural reforms, which required a lot of consensus-building. Generally-speaking, nearly all of the opposition except the Front for Victory party signed off on the reforms.

This second year is unfortunately more arduous to get things done, as much of the political realm is reduced to a love-or-hate environment, as opposition parties are less inclined to collaborate with us because they need to prove themselves to their constituents.

We have therefore searched for common ground in Congress to focus on issues which we can all agree on. For example, while there may be much division utility rate hikes, all political parties agree that those who require electrical equipment for medical treatment at home must be entitled to lower rates, so we passed a law to guarantee this.

In Argentina, many speak of the deep, partisan divide. Viewed from abroad however, many observers have been impressed to see a multi-partisan Congress approve 87 laws in its first year. Foreigners see consensus, not gridlock. Where then, is the gap in the feeling of the populace?

It comes from the social divisions in our country. We had many difficult years in our society where there were even extreme differences in opinion within families. The Kirchner government built a very divisive political environment which permeated throughout the society.

How do you work to build consensus in the 2017 Congress?

I have found that there are certain issues which can achieve broad consensus so these are the ones we are focusing for during this year. Nearly all laws have been passed with over 200 out of 257 votes, however nearly none of them on economic issues, which generate the most difference of opinion. These issues of consensus are mostly those of security, child rights, child safety, and the environment.

Despite the key reforms which have opened up the economy to investment, many Argentines have still not seen their living standards improved. Will your successes with the holdouts and heightened international standing of Argentina be enough to win the election in October?

This year’s election will be a vote between the past and the future in Argentina, but I am also confident that the economic situation by October will be continuing to improve.

What would be your message to the United States and the world in this critical year for Argentina?

This country is undergoing structural and institutional change and seeks to reconnect with the international community. We seek to reclaim the strong bonds we once had with the world, which has led us to seek a greater role in the defense of democracy and human rights in our region.

Also, next year Argentina will be hosting the G20 Summit, and from the global south we will be able to send a message at a critical time for the global economy which seeks to create job growth in a time of digitalization, and for the need for open trade and investment. At this moment in the world, Argentina has a role to play, and we will sound our message of openness, multilateralism, and democracy.