More than just Mach Picchu, Peru has a great wealth of natural, cultural and adventurous wonders to experience and it is turning its attentions to making them more accessible and widely known as it targets attracting 20% more tourists annually over the next five years. President of Costa del Sol Wyndham Hotels Mario Mustafá looks at the impact such ambitions will have on the hospitality industry and his company’s successful US partnership deal. 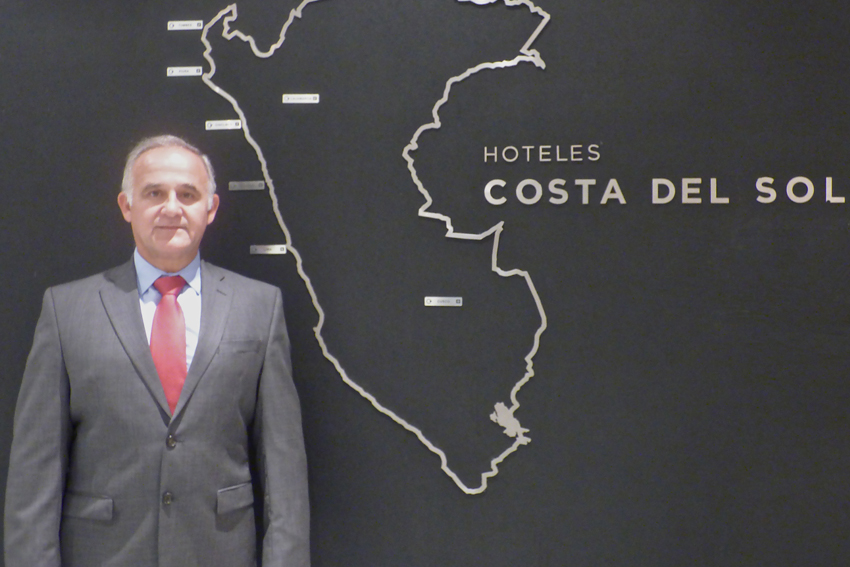 In your opinion what has been the main reason for growth in the tourism industry?

A major factor in the development of tourism in Peru – which traditionally has been regarded as archaeological tourism– has been its diversification. We shouldn’t think of Peru as just Machu Picchu. We truly have other wonders. The beaches are absolutely beautiful; the challenge lies in improving the infrastructure so we can make them more reachable for foreign tourists.

Also, there’s gastronomic tourism. In this regard, the country has known how to position itself, for Peru has an extremely rich cuisine with diverse ingredients that captivates everyone that tries it. This goes hand in hand with another feature of the country that enchants visitors, which is the warmth of its people. I think we are nice hosts; we like to welcome tourists and show them the wonders of our country.

On the other hand, we’ve known how to develop adventure tourism. There’s a considerable offer of adventure sports such as paragliding, rafting, kayaking, surfing, kite surfing and amazing places to do mountain trekking.

There’s also nature tourism. You can choose going to the Peruvian Amazon, go deep into the jungle filled with biodiversity and sail its wonderful rivers.

We have wonderful touristic attractions and we’ve been developing it in a context where the country is being benefitted as well.

The new government, among other things, has set the target of doubling the amount of tourists until it reaches 7 million annual visitors in 2021. How has Costa del Sol received the President’s proposals, and what do you think are the main challenges for the sector in order to reach the set goals?

It really is a great challenge. This means a 20% annual growth if we look at it from now on until 2021. We haven’t had such growth yet but I think it’s possible for us to achieve it. The key part for this growth is no longer money; it’s its people. The problem for Peru’s growth has always been money. Right now we don’t have that excuse. The problem is that this is a strongly unitary country. In that regard, it’s necessary to decentralize the decision-making process a bit; decisions can’t all come from the same man. I would like this change to be inclusive.

If you look at our history, we are small-scale entrepreneurs, who started in a small hotel in the north of Peru, in Tumbes, where Peru was born, and Peru gave us the opportunity. This opportunity later on gave us the capacity to grow quickly – 20% annually – until we became a chain hotel, a well-known registered brand all over the country. Because of that, reaching a 20% annual growth rate stops being a dream and becomes a plan. And that plan nowadays has a great leader, President Kuczysnki, and his team of ministers and first-class technicians. We’re feeling optimistic about that.

What are Lima’s competitive advantages as a venue for great events and international summits such as APEC, and in what way do you think the impact of this positioning in the tourism industry can be capitalized by the hotel industry?

In the first place, Peru has a strategic location. We’re in the center of South America, by the Pacific Ocean, making Lima an axis in South America. Communication and connectivity are easy to deal with.

Also, Lima is the ideal place to host events any time of the year. You can come whenever you want and we’ll always have a mild climate when receiving officials or business executives.

Likewise, Peru has a solid and an ever-growing hotel infrastructure, as well as convention centers. In the hotel industry, we’ll be growing by almost 50% in the next two years. And if we’re really talking about reaching 7 million tourists a year, we’re on the right path. Events like APEC give us the exposure and visibility that’s needed to show our riches, and that’s where we have to jointly capitalize in order to present what Peruvian tourism has to offer.

What were the main milestones for the founding and expansion of the Costa del Sol brand, and what would you say has been the recipe for success?

The feasibility project I did in my fourth year of university consisted on creating a hotel in Piura, a city in the north of Peru. Then, my dissertation was about hotel integration nationwide. This early interest when I was young coincided with the juncture of that time. In 1995, when we took off, the country was under Fujimori’s wave of privatization, which also reached the tourism industry. After having spent one year working in a bank and having learned about financing, and seizing the opportunity of the sale of the Turistas de Tumbes Hotel, we decided to take the risk and turn it into the first Costal de Sol.

The first great challenge consisted of transforming the people. To do that, we started a major training process in order to turn the typical official into a worker with a vocation for service. The key behind all this has been and still is the people. You have to strive to provide the best service and always try to raise the bar so you can be at the forefront. That way, we steadily invested and improved the brand’s standards until we got to where we are nowadays. Right now, we have 850 rooms nationally, 8 four-star hotels, and 2 three-star hotels; among the 8 hotels there’s a five-star hotel as well. Today I can see that that dream, which was my postgraduate thesis, has become a reality and it’s highly satisfactory.

What was the reason behind the partnership with the American chain Wyndham Hotel Group, and what does it represent for a local like Costa del Sol being able to partner with one of the most important hotel companies in the world?

We, as Costa de Sol, know the domestic market and know our local clients well, but then we started looking abroad, and when we opened the hotel at Lima airport we needed more foreign visitors to come here. Therefore, the American market is and will continue to be important to us. So now, with Wyndham, American tourists are sure to find great accommodation; the brand confers trust. Likewise, the Wyndham brand helps us a lot in marketing, not just in the United States, but also all over the world in their 8,000 hotels. Also, we have the benefit of having a broad portfolio of clients, particularly those who travel consistently and always choose to stay in our hotels.

What are the growth plans, vision and expectations of Costa de Sol from now through 2021?

We had an initial plan to open one hotel a year, but that’s something we’ll have to look into if we’re aiming for 7 million visitors per year. The growth has to be quicker. To begin with, the next planned hotel will be in the city of Arequipa. We already have the complete design of the hotel and we’re in the final stage of the municipal permits. And during the first semester of next year, we’ll start the construction phase.

This year we’re finishing an ambitious renovation of the Tumbes hotel, which will now have a mall next to it – we’re building 30,000 square meters in that project – which we’ll be finishing in December. This has been the biggest investment in 2016. And next year’s investment will be Arequipa. This is the growth rate right now.

In that regard, last year we had a growth rate of 25%; this year we believe it will be 24%, which includes expansions and renovations. So we can say we’re growing at the rate the industry wants to grow. However, it’s important to say that our growth as a company will depend on the efforts of the public sector in order to make it easy to develop the key plans that will make it possible to reach the goals. We have great confidence that it will be of great benefit to all Peruvians.