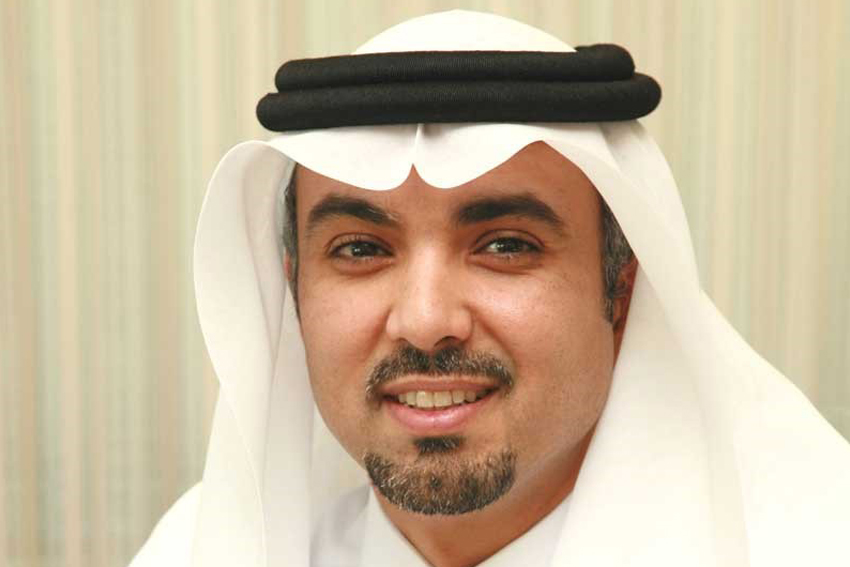 I would like to briefly talk about the contribution SEC makes to the Saudi economy. You are really the battery behind the nation.

If you look at the power sector today or what SEC does, we bring electricity to 7.6 million customers. We had reached this milestone at the end of 2014; we had connected 7.6 million customers by this point. Over 2014, everything that we did was of historic value. For example, we reached the historic peak for the kingdom, almost 57.5GW, which was historic in terms of the peak load.

We connected a historic number of customers, 500,000. To be specific, 490,000 customers, which is historic in terms of bringing the largest assets that ever entered into the service in terms of generation, transmission and distribution. Historic in terms of being connected to 13,000 villages or cities, major cities, housing compounds, settlements, all over the kingdom, you name it. We have a reach now of even more than 99% throughout the kingdom, and of course, we will never achieve 100% because the kingdom continues to expand; and as it expands, we will just chase the demand. The growth that we have seen, 7-8% is one of the healthiest in the world. Very few countries, if any, that I am aware of, maybe China, would stand out in terms of the percentage of growth for such a large and developed infrastructure profile.

Seven to eight percent in terms of power consumption and energy is just so huge because you have to make major capital expenditure investments. We had $45 billion of CapEx introduced, and this is the largest in the history of the kingdom in terms of generation, transmission and distribution. We spent almost $40-$60 billion on our CapEx just to satisfy and cope with the increasing demand. Of course, we not only realize our importance to the kingdom in terms of bringing electricity and power to the operation of the kingdom itself, but we are talking about bringing power to the commercial centers, to the petrochemicals industry, to oil and gas exports out of the kingdom, to hospitals, to schools, to everything that you can see.

Everything in the kingdom works because of power, we realize that. This is how important SEC is to the kingdom. We also realize the importance of SEC to the whole world. We are the battery and the energy that powers the kingdom, for the kingdom to power the entire world [through] exports in energy from our East and West coasts. So this is how we position ourselves, and this is what we mean to the entire kingdom and more broadly internationally.

Saudi Arabia is, without doubt, a cornerstone of global energy. And there is this growing trend towards more sustainable forms of energy. It’s clear from government plans that from now to 2032 we are looking at an increase from 55GW to 120GW, and SEC is a key part of this plan. Can you tell us about the CapEx program that’s under way to achieve this target?

The CapEx program for the company ranges from between $40-$60 billion a year. And that covers of course, the entire supply chain of generation, transmission and distribution. We want to make sure that we connect 450,000 to 500,000 customers. So this is the range of CapEx. The importance of that is that this is emerging as one of the strongest 20 economies in the world. The government is spending a lot of money on infrastructure to bring about all of the necessary facilities. So there’s a vibrant economy here in the kingdom that we relate to power. We realize what SEC means to the kingdom within this context.

What are we doing to improve efficiency? The country is supporting SEC to improve its efficiency. Within 15 years from now, we will be saving 600,000 barrels of oil equivalent per day. Last year, for example, we saved 12 million barrels equivalent just by increasing the efficiency of our supply. So, by improving the efficiency of our supply, we saved 12 million barrels equivalent of oil and gas. And, of course, you can imagine the amount of oil that we saved, probably twice as much would be the tons of carbon dioxide emissions reduced as well. All of that translates into saving hydrocarbon resources, saving the environment, reducing carbon dioxide emissions and so on.

We have probably more than 15-20 vocational schools that belong to SEC. These help prepare our workforce. As we speak, there are many thousands of people who are studying in those vocational schools. So, it really comes out of a deliberate program to train our people, groom them and prepare them for this kind of occupation. We never leave this kind of thing to chance. We spend money and effort to groom people. Just between this year and last year, we probably hired 7,000 people from schools. We train them to become skilled technicians, to operate our generation facilities, and to understand well the transmission and distribution infrastructure. Each of our new recruits attends specialized courses and earns their certification in their respective programs. This helps us develop well-qualified and motivated staff.

In addition, of course, security is also important to us. Again, we take hundreds of people and train them in the area of security to be well qualified to go to our facilities and ensure the safety and security of those facilities. These programs are in the vocational schools. As we were talking about, we just built a new leadership center. This is targeted towards grooming our leaders, me included. I want to go through the programs of this center, and all of our colleagues too. Probably, you’ll be the first to know that today we are forming an Advisory Board for that center. We want it to be one of the major utility companies of the world, no less than EON. One of EON’s directors will be sitting as part of our Advisory Committee.

The second one will be coming from no less than GE. The President of GE Power and the Head of Crotonville, the corporate university. The third is coming from the MIT Sloan School – the Head of the Sloan Fellows Program. The fourth is the first lady in the US to assume the dean position in the Michigan Ross Leadership Program. She will be part of our Advisory Committee in our Leadership Center. The fifth, I just received the news. I am very excited about this center and the Advisory Board, but also trying to attract somebody from a financial institution – it could be HBSC or JP Morgan. So, we are trying to attract talent, to make sure that our people will be exposed to content material that will groom them and develop their leadership style. So, whether on the vocational training certification or on the bigger aspect of leadership and grooming, that’s what we are trying to achieve.

SEC’s ambitions are really of a world-class-leading company. To achieve that, you have to be a world-class corporate citizen. The company is involved in a great deal of social responsibility, environment and sustainability initiatives. Could you highlight the importance of that to the company?

Today, we run not only tens, but probably close to hundreds of social responsibility programs all over the kingdom. We go and participate in the schools to share with them the importance of saving electricity and saving power, and also the danger of electricity and power. What to do, what not to do, and how to cope with electricity. We participate in every national event that is to do with traffic safety, for example, or the civil defense week. Showing and sharing with people how to put out fires, how to face threats coming from different sources of danger, and how to safely attend those kinds of situations.

We participate in the social campaign that shows people how to clean the air conditioning to save energy and to make the air conditioning more efficient and so on, so that they can save money on their bills. So, we are part of the kingdom; we seek programs, we are trying to help the kingdom save energy and power. Through all of those elements, we are part of the kingdom. It could be on the saving or on the safety, or increasing awareness, or our role in the schools. We participated in so many school programs in the kingdom to spread knowledge of safety, and saving, and how electricity should be dealt with.

Actually, I am very pleased to say that 2014 witnessed a historic event for SEC where the Board has endorsed our strategy. We already signed an agreement with the King Fahd University of Petroleum and Minerals in the Techno-Valley. The Techno-Valley houses the world’s foremost companies. We already got allocated land there to build our first R&D center belonging to SEC. The signing of that event will take place on April 9. We’ll go there and commemorate that event, and this should be the kick off and the start of our R&D effort. That’s on the east coast. We’re also trying to collaborate with the KACST (King Abdulaziz City for Science and Technology) and focus on the transmission aspect of our business from a research perspective. We’re connected to the GCC and we’re going to be connected to Egypt, and we will be focused on the transmission network.

The key R&D center will be focused on distribution, things such as smart meters. We have already embarked on a program, and we have a collaboration with KAUST on the west coast, to collaborate in the area of generation, fuel formulation and increased efficiency.

What’s your vision for how Saudi Arabia will transform as an energy consumer and energy generator and energy supplier looking into the future?

You are absolutely right. As I said earlier, in SEC we consume half of the energy being spent in the kingdom, and it goes all to the power and maybe water desalination. The rest, or the other half, goes on transportation as well as industry. And you’re talking about probably 1.5 to 2 million barrels equivalent per day, which could be oil, diesel, gas, or whatever, the whole portfolio of fossil fuel.

So with those criteria, I think SEC has a lot to play with and do. We are taking steps in Green Duba to implement the 50 megawatts of CSP, as well as the promise of the north to also introduce another 50 megawatts of CSP. We have plans also to introduce 300 megawatts to help alleviate the premium diesel that we are burning. The kingdom can make a surplus of that diesel and export it to the international market and make a good return from it, rather than just burning it to generate power.