In this interview with Upper Reach, Jon Benjamin, former UK High Commissioner to Ghana, discusses the bilateral relation between UK and Ghana, how the High Commission is aligning its aid program with the government priorities and the high hopes for the countries future 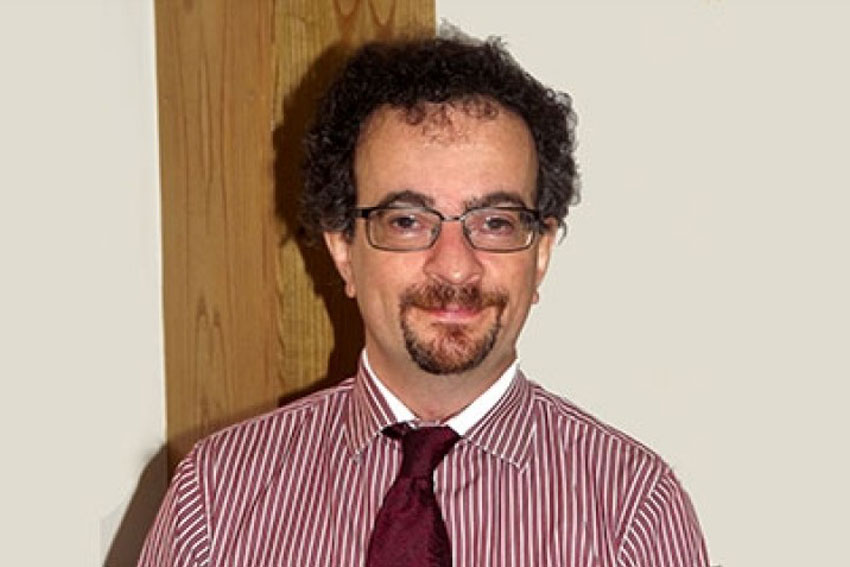 One of the main reasons we are in Ghana today is not only because 2017 marks Ghana 60th anniversary, but also for the recent change in Government. President Akufo-Addo has promised to put Ghana back on track and has opened the door to business, focusing on private sector empowerment and aiming to make Ghana the most business-friendly economy in Africa. In this context, how has the UK High Commission embraced the proposals of this new administration?

I agree they are pro-business. They have got good policies to improve macroeconomic management so that when the IMF leaves next year it doesn’t have to come back again. After 7 interventions in Ghana, we hope this will be the last one necessary.

At the UK High Commission, we are working closely on improving the business environment, because Ghana has sunk in the ease of doing business index and the world competitiveness index over the last few years and we hope it can re discover its place and shoot back up the ratings. We support small business creation here but recognize that very high interest rates and obstacles around bureaucracy, licensing, corruption, etc. has impeded progress in the last few years.

We know that the main priority is job creation and that the government can’t do that. The government must create the environment for the private sector to flourish and do create jobs.

We are optimistic. Things are looking in the right place now but its still only 6 months of at least 4 years of government, so there is a lot still to play for. But it’s moving in the right direction. Growth looks like it will be up this year, inflation is down to 12.5% and bank interest rates are slowly coming down, although they are still among the worlds highest. There is a lot to do and a lot of jobs to create.

The UK remains one of Ghana’s major development partners. How are you supporting Ghana’s efforts to consolidate as an upper middle-income economy through the UK Aid and the Department for International Development?

The president is talking about Ghana beyond aid which is beautiful because people forget that the point of an aid program is suppose to be to help the recipient get to a place where it is not necessary any more, rather than an eternalized form of economic dependency. And that is very much how we are thinking. At the moment, we are not talking about aid graduation yet, I suspect that is still quite a few years away, but we are transitioning away from basically budgetary and financial contributions to technical assistance. For example, that includes advice to how to promote the private sector, it could include, although we haven’t yet seen it, proposal advice on the office of the special prosecutor which this government wants to set up to deal with corruption, so its becoming much more technical.

But already countries like Denmark for example are announcing graduation of Ghana out of aid, in that case by 2020. We haven’t gone that far yet but the more Ghana rediscovers its economic motor the more the transition out of aid will come onto the agenda.

But in the meantime, we obviously want to align our aid program with the government´s priorities but without losing the gains that are made in other fields like health, reducing mortality, tackling malaria, etc. So, there is no regression in there.

Without a doubt one of the main international topics for the past months now has been Brexit. This shock has opened the door to bilateral talks between many UK partners who may now have to renegotiate trade agreements before it formally exits the UK. In your opinion, how will Brexit impact the trade relations with Ghana? Is there an opportunity here?

Trade relations with Ghana have decreased in the last few years. The peak of UK-Ghana total trade in both directions, goods and services, was in 2012 with about 1.5 billion pounds and it dipped to about 1 billion in 2015, so it’s a substantial decrease. We hope it will go up again, so the first aim is to recapture where it was.

Of course, Brexit hasn’t happened yet and it wont be complete for a couple of years anyway, so it’s too early to say what will then happen. We are not having yet any serious separate negotiations with Ghana or any neighbouring country about a subsequent trade deal. If I had to guess, I would say the most likely outcome is that at the time of Brexit, if it happens in 2019, there will be transitional arrangements. So, the current deal under the EPA (Economic Partnership Agreement) will be carried over and it could take quite a long time to negotiate something to replace that, because trade deals are very complex. Also the EPA is a pretty good deal we think for Ghana but in due course we will be interested in seeing what more can be done to lower any remaining barriers, but all that is still quite a long way up and quite abstract at the moment.

The UK-Ghana Chamber of Commerce was launched in September 2016, and is one of the four African alongside Kenya and South Africa and Morocco. How can the UKGCC help to enhance the trade relation between both countries?

We saw a need for it because of the demand of companies but also as a form for dialogue with governments about the reforms that are needed, private sector reforms, and so on. And of course like any organization of this kind their members pay a fee. They have to see some value in it otherwise they will stop paying their fee, so we are trying to encourage companies to utilise the chamber as a way of transmitting company concerns or what they would like to see as regulation, deregulation, tackling corruption and so on.

As you say, it is a few months old and the test for the chamber, which is co-located here in the High Commission, is to provide their members with services that give them value for money, for the fees they pay, and I think it is working well.

Ghana is one of the UK’s longest-standing and strongest partners in Africa. Ghana has recently had 3 official visits from the UK, with Boris Johnson, Tony Blair and Princess Anne. How would you describe the bilateral relations between Ghana and the UK and can you outline some of the areas of mutual cooperation in education, research and defence?

Relations are very good. Of course, they are not just about government-to-government relations, which we work on. They are underpinned by a diaspora of several hundred thousand of British citizens of Ghanaian heritage which means, there is all sorts of people-to-people relations, culture, music, sport, professions, medical, legal etc. that go way beyond government to government. This gives it an extra dimension and means there is a lot going on, on a personal basis.

In the medical field for example we see a lot of British Ghanaians coming through here qualified medics who have worked in UK hospitals, which we only know about if they tell us, because we are not involved in it. But here in the UK High Commission, in government terms we have 11 government departments of the British government, so we work on defence, on counter terrorism, law enforcement, commercial economic assistant, we have the DFID operation, and also politically on foreign policy issues of interests.

So, it’s a pretty kind of full service government relationship right across the board. So, all the areas you have mentioned and any you can now think of we are already working on them.

The truth is that despite the economic challenges Ghana has faced over the last couple of years, the country today, with a growing middle class, an energetic start-up scene and a new pro-business government, looks to become one of Africa’s fastest growing economies. How would you describe the business and investment climate in Ghana and why would you encourage British Investors to come to Ghana?

We encourage them to come because the environment for investing here is getting more positive and there is prospect for good returns. Politically, Ghana is a very stable country, with a good set of laws, common language and so on.

There are a lot of areas for potential investment in adding value to Ghana’s export market. You can argue Ghana is still too dependent on cocoa, gold and oil, which is 80% plus of its exports. And too many of them are exported as raw materials with no value added. So, you have a British company like Blue Skies, which does add value in the country to fruit produce. And there are a lot of more opportunities like that.

Of course, there is a growing middle class for services. So, one of the last big UK market entrants was Prudential, because there is now market for products like life insurance and so on.

The government here is stressing agriculture development for example, industrialization, is talking about investing heavily in railways, in infrastructure projects, so there is lots of opportunities.

To finalize the interview, I would like to ask a more personal question. When we arrived at Ghana and mentioned we will be distributing our report in the UK, first thing they suggested to us is to follow Jon Benjamin on Twitter. Why do you believe it’s important to engage with people through social media as a High Commissioner?

It is what modern diplomacy is about, it is about modern communication. It breaks down the barriers where diplomacy was previously seeing as elitist and remote and it enables more direct communication, debate about current issues. It’s fun, it’s how younger people communicate primarily and we think it’s an obligatory part of modern diplomacy.

You finish your post in the next few days. What is it you are taking from Ghana?

Personally, a lot of friendships, great experiences over the three years. Some less good experiences like pneumonia and malaria, which I have never had before.

There is great hope for the future and great potential. What gets in the way of it are bad practices like corruption. A government that says what this government is going to do, if it can do some of that it will open a lot of more space for Ghana to fulfil its potential.

Like most of countries on the continent, Ghana is in the middle of a population surge, so in the next 30 years Ghana’s population could go up 75 to 80%, and that is either a blessing or a curse. And whether it is one or the other it depends in things like job creation so there is something for millions of young Ghanaians to do and I’m hopeful that can be achieved.

There is a huge challenge but I take away the fact that Africa is still a continent for the future. There is still great hope and maybe in the west we are too used to negative stories about Africa, like famine and conflict, which there is still too much of in some parts of the continent. But there is good news and stories as well and a lot of them are around potential for growth in the future.