Haut Katanga province is intrinsically linked to DRC’s mining industry, but the lack of value addition means its people have been unable to reap maximum benefit from its rich soils—it’s a situation that the province’s new governor Jean Claude Kazembe Musonda intends to change through economic diversification and pushing the immense potential agriculture in particular has to actually put a better future for its citizens into their own hands. 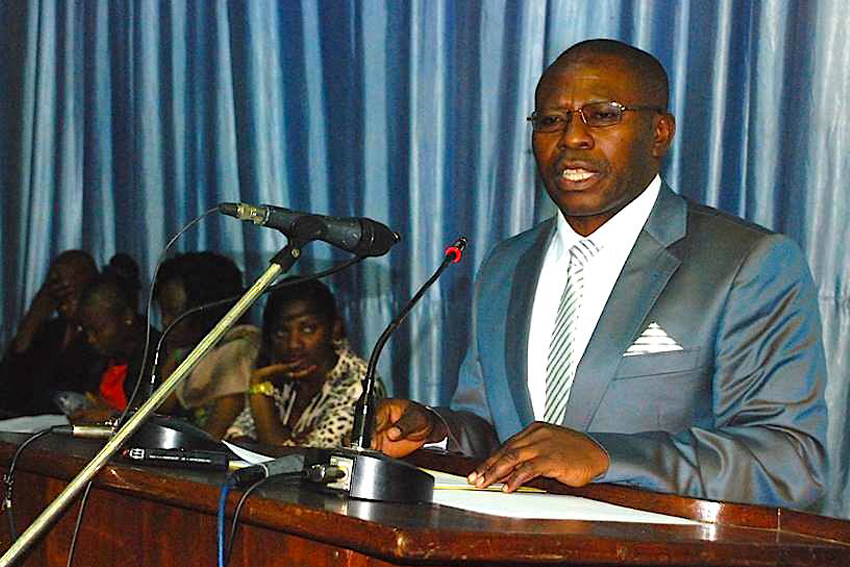 Even though you were elected governor of Haut Katanga as recently as March 2016, you have already implemented several reforms. Could you tell us what you hope to achieve?

Since colonial times, the only sector to receive any attention in Haut Katanga province was the mining sector. Yet, the mining sector has not benefited the population; it is difficult for the provincial government to reap maximum benefit from this industry. Notably, we have not had sufficient energy to ensure that value is added to products through industrialization at the local level, harming the entire economy. Adding value is a real financial windfall that we do not benefit from by sending raw materials abroad. We are not engaged in real mining production, but rather mineral collection.

When I entered office my goal was to find solutions that included everyone in the province. We absolutely must diversify our economy. The current crisis in metals and commodities is an opportunity to question our current course, especially in the agricultural sector. In the agricultural sector we have initiated the Agricultural Village project. The majority of our cities are mining towns: Kolwezi, Lubumbashi (Haut Katanga’s capital and DRC’s second largest city), Likasi, Kipushi, Musoshi, Kakanda. Every populated and urban area developed around mining activities. The population has therefore been educated to think like mine workers. Of course, these workers have been afforded many advantages, but now that the large mining companies are leaving the country, poverty is spreading rapidly.

I would like my fellow compatriots to be their own bosses on their own soil through farming, and considering the majority are unemployed they have the time to spare. Our citizens can see that the people in power are interested in their fate, their activities and their wellbeing.

The farming villages are an excellent springboard. Anyone interested will receive a hoe, a pickaxe, a spade, a machete and two hectares of land to work. The fields will be watered during the rainy season, from October to April, and during the dry season from April to September the farmers will prepare their fields and plant the seeds that will be the source of the next harvest.

Investing in the mining sector is very expensive, $50-$100 million is often necessary, not to mention developing the necessary infrastructure to operate the mines, which requires a large time commitment, sometimes up to five years. The agricultural sector only requires five months of preparation and the rest of the time is dedicated to harvesting. The initial investments are inexpensive and the results are quick. This is the message that I am preaching to my compatriots and it is perfectly understood.

Soon we are going to set up a third farming village. Agricultural areas must now be set up between mining regions. Based entirely on the notion of private property, this will allow the total involvement of anyone who wishes to invest in these types of projects. By being our own bosses, we will control the objectives and the results; whereas in the mines, the workers work for the investors and do not see many benefits. I want to instill in the population an entrepreneurial mentality.

The last time the head of state came to Lubumbashi, he made the following observation: between Kolwezi and Kasumbalesa, it is possible to see 300 to 400 trucks passing each day transporting very valuable minerals that are transformed into useable products outside of our borders. Poverty is visible all along the route: houses with thatched roofs, wandering and barefoot children, etc. The priority is to put our brothers to work, and ensure that the products from the mines benefit our populations in the framework of diversification. We want to develop agriculture, fishing, livestock and tourism. There is no lack of tourist sites here: the source of the mighty Congo River is in my province. We also have the highest waterfall in Africa: Lofoï, 385 meters high, a marvel that the world should discover. So diversification of our economy is the cornerstone to making our population autonomous.

I have said to my brothers: the rain that falls in Zambia, Zimbabwe and Namibia is the same rain that falls on us. In these countries desertification is currently wreaking havoc. However, even during the dry season, we are surrounded by greenery. This is a testament to the richness of our soil which we must take advantage of.

To assuage fears of potential investors, can you give us an update on the security situation in your province?

Here, we can come and go freely: moving around in the cities of our province like Kasenga, Pueto, Kasumbalesa, Sakania, or even in cities in the neighboring provinces like Kolwezi, poses no security problems. However, there is still a negative image associated with the country: images of populations fleeing from horrible wars are shown to the entire world, even though they are references to past armed conflicts or are occurring in other countries and being attributed to Haut Katanga.

I repeat, the province of Haut Katanga is entirely secure.

The importance of mining interest in your region is beyond dispute. Sadly, this sector suffers a negative image. Under your leadership, what reforms have been put in place to improve the mining sector in Haut Katanga province?

The government that I represent must maintain the role of an impartial, neutral and objective arbitrator. Not respecting these conditions leads to corruption. Therefore, we must detach ourselves, as much as possible, from the mines in order to manage them in the best way possible.

There was a lot of corruption in the past. A service called Cosefcat was created a few years ago to control the transit and tonnage of minerals. For its part, the government decided to close this supervisory body and opened the door to all kinds of fraud. How can we guarantee that no one will cheat and steal minerals without such a supervisory institution? We are going to get serious about stopping illicit activities: mining operations must be done in an appropriate way for the benefit of local populations, if not it would be better to end all operations.

When the national mining company Gécamines was the only mining company in the country, it extracted up to 450,000 tons of minerals a year. This level of production had direct repercussions on the lives of the citizens. In fact, payments were made in full: the majority streets in the province’s largest cities were paved, businesses flourished and the purchasing power of the Congolese was at its highest. But today, even though the different mining companies produce more than 1 million tons of minerals a year, the living conditions of the citizenry has not changed, in fact it has regressed.  An investment that impoverishes, that does not benefit the population is not worth the trouble. It is better to leave the minerals where they are, so that future generations, who will perhaps be more intelligent than us, can use them to benefit the people.

A certain number of countries are considered large mineral producers because the transformation of raw materials is done in their countries, whereas the raw materials come from our country. We are going to fight against this phenomenon. If this bothers the least scrupulous investor, it does not matter; the serious investor who cares about local populations and who is concerned by the consequences of their activities are welcomed.

We have set up a new supervisory office worthy of its name. Each morning I summon the Director of OFIDA to my office to get updates on the information that is coming from our network of informers. We are actively combating fraud. In the long term we are seeking win-win partnerships.

Can you share your style of management with us? How do you manage your teams, and how do you dialogue with private entities in the province?

The type of partners I would like to have, are people who think like men of action and who act like men of thought. I would like the people here to take charge and put an end to paternalism and this wait-and-see attitude so they can finally be active participants in the community. We created the concept of the farming village, new cement plants, and we are about to set up more brick presses. I never stop telling people: you have to take charge, and stop waiting for the “state” – this undefined and nebulous entity for a good number of my compatriots – to do everything for you. Because it cannot. I told them that I will do everything I can as a representative of the state.

We are trying to involve the population in community life through a variety of different projects that directly affect them; this is why we created public infrastructure that benefits the population, in order to create an ecosystem in which the citizens will be able to offer their services toward the redevelopment of the territory and their neighborhoods, for example, led by a team of engineers who will help them increase their level of expertise.

We no longer want to be the victim of what I call “the investors sickness”, where every initiative is quickly obstructed. The Congolese people must understand that their country belongs to them, so that they can take part in the life of their cities and regain their confidence.

For us, one of the responses to this was the creation of the Agency of Small Works (opposed to the Agency of Large Works in Kinshasa), whereby small and medium infrastructure projects are implemented to open up routes to rural neighborhoods and villages. You probably picked up that I am very adept at participatory management where everyone takes part in change. When I go to certain neighborhoods and I see that a gutter is not flowing properly, the inhabitants inform me that they are waiting for the government to intervene. But you have to understand that the citizens are the state. So we provide the necessary materials, the citizens fix what needs fixing, and we pay them.

We want the Congolese people to participate in their development, their wellbeing, and step away from this uncertainty. We are the artisans of our happiness, and no one can achieve our happiness better than we can. Starting from this principle, there is work for everyone. The state will intervene to unblock what the Congolese are unable to. Suffering is one option, and work and development is another option. We have to take action. If we opt to develop our nation, it will certainly be work, and we will make sure it gets done. Work is not synonymous with slavery, especially in Congo, where to plant sprouts, trees, seeds or whatever it may be is easy. We have this opportunity; we must take advantage of it.