“God began to create the world from here”

Mozambique’s Minister of Culture and Tourism, Silva Dunduro, explains how the country’s natural resources everybody talks about (oil, gas, etc.) will one day come to an end; but the riches of its coasts, cultural heritage and traditions will always exist. Therefore, Mozambique now faces the challenge of increasing the contribution tourism makes to its GDP through cultural and tourist attractions that the current peace and stability environment allow. 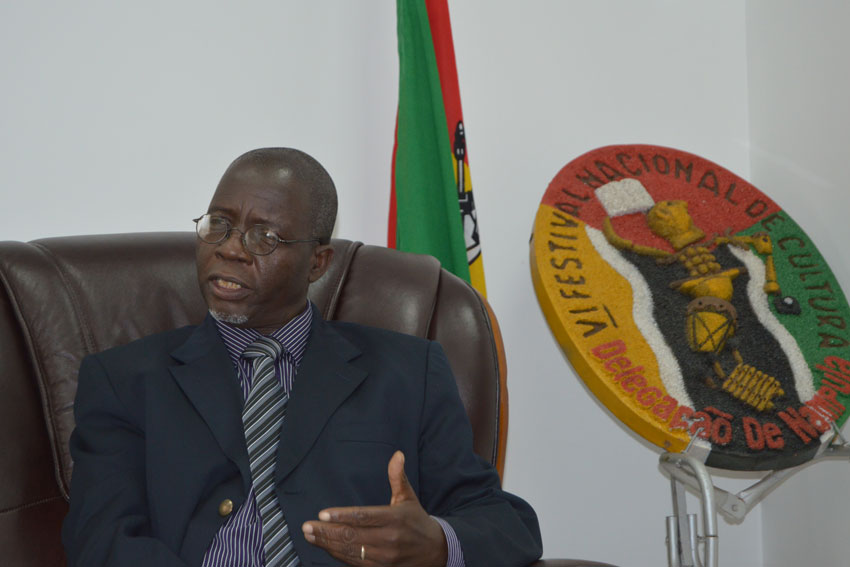 How is the work of artists and culture helping present and future generations to get to know the history and the reality of your country, and avoiding past mistakes being repeated?

The fight for independence, which started in 1964, was also a cultural act. The soldiers forming the independence army were Mozambicans from different backgrounds, regions, colors that joined against the colonial domination. This miscegenation made that fight part of the people. Again, it was thanks to culture (cultural events) that today we are free from the suffering that lasted about 500 years.

Since then, culture has been an active and fundamental tool in the development of Mozambique’s society. Before independence we had no cultural references, because a large amount of our traditions and cultural practices were regarded by the colonialist as superstition. So, without religion, without culture or identity, we could not be considered as people.

After independence, culture took the lead; we managed to rescue our cultural practices in the field of the arts, with which we (through our ancestors) always learned a lot.

We created union out of ethnic and cultural diversity differently from many African countries; instead, we made diversity be seen as an advantage for national unity as well as the strengthening of the State and of the Government.

In 40 years we built unity through diversity as a mosaic where all meet and fit as one.

What are the policies and the strategies of Filipe Nyusi’s government to support culture and art?

One of this government’s pillars is human development and education, not only in the educational context but also in the arts, theater and literature. This is why we have been decentralizing schools in Maputo and building others in the field of arts and culture in the center and in the north side of the country.

There are old institutions that will be restructured, called houses of culture, where arts students gain their first steps and are introduced to the world of art that exists from 1975. Art schools are needed throughout the country.

Throughout the country we have monuments declared by UNESCO as part of the world’s cultural heritage: we have the Timbila of Zavala in the south and the Nyau in the center and the island of Mozambique in the north. Our intention is, in association with UNESCO, to find a way to unite these points so they become fundamentals for the development and enrichment of our culture.

Culture and tourism go together. What role can tourism play as a tool to promote and guarantee international knowledge of this country, its diversity, and a cultural enrichment Mozambique can be proud of?

One of the strategies is to let people know of the potential tourism offers. It is understandable that now with the boom of natural resources people tend to marginalize tourism, but like I said before, natural resources like oil and gas end. Oil and gas will finish one day but our coast, our people and our traditions will remain. This is why we invest in the arts and in the empowerment of our people, hospitality and gastronomic diversity. We have conditions to take tourism further.

In the long term, tourism will be the oil of Mozambique; nowadays it participates 8.7% to the GDP.

The contribution of tourism to Mozambique’s GDP is below the world average and well below the average of neighboring countries such as Kenya, South Africa or Namibia, where it is about 18%. How is the Ministry working to improve the share of this sector?

One of the strategies is to include the private sector, that is, to put in place the basic conditions so there is less bureaucracy when it comes to investment policies. Today, we have a law of incentives and fewer barriers to investments.

So far, we have been present in 10 or 12 international investors’ fairs and we will not only sell sites for the construction of hotelier infrastructure, but also promote the sale of our cultural patrimony.

To develop integrated tourism in the community, one that values the community’s traditional practices, we will make of Mozambique a reference in the world, but before that, we have to keep investing in showing and explaining to investors about our tourism potential.

We are aware of the problems the country still has regarding transport means and restoration, but the most important issue is that we have been discussing streamlined policies with a specific package that will attract people.

In many economies culture and tourism promote more jobs than strong sectors like oil. Do you believe if policies are implemented properly, tourism can have bigger share in the transformation and improvement of people’s lives?

I think so, the statistics say that a hotel room employs three people; 1,500 rooms therefore give jobs to 4,500 a year. 42,000 people are currently working in the tourism sector and we believe this number could multiply over along the next five years.

We have a lot of potential, amazing areas for tourism in the North, paradise islands, and unique places to visit. We think if things are done properly regarding what we have to offer, our tourism will make even bigger strides.

The United Kingdom is the biggest exporter and investor in Europe and the second in the world for Mozambique. London is to hold The Global African Investment Summit (TGAIS 2015) in December, a summit on business and investments in Africa and Mozambique will be present for the first time. What does the British market and investments mean for Mozambique?

UK investments in Mozambique are not something new. Not only Africa but the United Kingdom has come a long way in developing its own and the world’s economy. British investment capitalizes and encourages other investors to come, and that is very important in the sense that it opens a lot of doors. In this respect I think there is one thing that has to be noted here, that is, if the United Kingdom invests here it may mean that they feel confidence and safety in our country. I think it is very important that Great Britain continues with that perspective so that more investments are drawn into Mozambique and through that will be doing its part in the development of not only Mozambique but Africa’s in general.

If you had to recommend the two places to visit, which would these places be?

Taking into account the historical and cultural value, I would recommend the island of Mozambique and the Bazaruto Archipelago, which have great landscapes as well as provide unique life experiences. In both places people can have unique experiences, as for example on the island of Mozambique people can find a mixture of races from Arabic, Portuguese and Bantu, and also very beautiful women, painted with muciro who are taught to take care of a man since they are children.

On the other hand, in the Bazaruto Archipelago, one can admire great views and practice sports fishing.

Those would be my recommendations to any tourist, but of course we have other places, like for example the Quirimbas Archipelago and so on.

I think God began to create the world from here; He did not waste any time in getting things done well here.