Despite ongoing political and domestic upheaval, Pakistan’s Ministry of Petroleum and Natural Resources affirms the country is on track to achieve an energy surplus before the end of the decade. 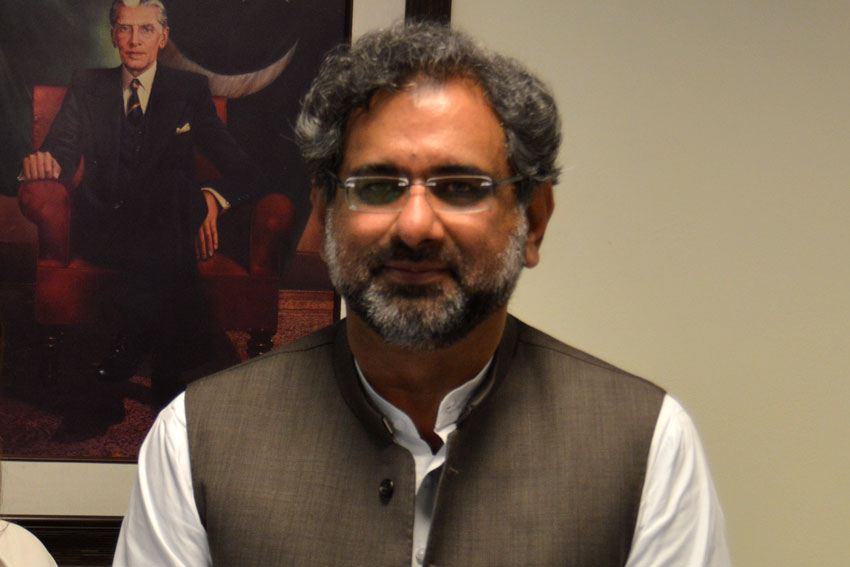 This week Pakistan has been dubbed by Forbes as the ‘next success story’ similar to Colombia’s reformation in the 90’s. Just two years into PM Nawaz Sharif government and the historic first democratic transition of power, nevertheless Pakistan continues on a journey of a much overdue transformation. How would you evaluate Pakistan’s growing pains over the last two years and how do you see the next years developing for further growth and development?

There’s been a very positive two years for this government despite the fact that there was a political domestic political upheaval. Inflation has gone down and the investment levels are unprecedented as we’ve received $2 billion investments from Chinese companies in infrastructure. Plus, the lower price of oil has also helped. The biggest challenge for the government has been the power shortage and we’re very hopeful that within the next five years Pakistan will overcome its energy shortage and can have surplus in power production.

Having in mind this shortage I’d like to gather your thoughts on the possible implications of the Iran nuclear deal. What are in your opinion the new opportunities that the deal offers for Pakistan in general and for the energy sector in particular?

Pakistan is a country that relies on imported liquid fuels, but for the first time we have an energy board which will grow substantially. Taking into account that the cheapest way of transporting gas is through pipelines and that we have a neighbor and a near neighbor who have the largest gas reserves of the world, this represents a great advantage to Pakistan. Iran is has the second reserve in the world and Turkmenistan the fourth. We have a construction commitment with Iran which we’d have liked to start generating by 2015. However this was not possible as we could not finance the pipeline nor get a contract to build it. We’re very hopeful that before the end of 2017 gas pipelines will be built and gas will flow into Pakistan. Furthermore, the pipelines will not only connect Iran with Pakistan as India is also interested in building a pipeline from Iran. Iran- Pakistan groundbreaking should be in October and the Turkmenistan groundbreaking will be in December which is a 10 billion project.

In addition the petroleum impulse of Iran and its possible lower price can be a big benefit for Pakistan because of the low transportation cost; moreover by being a neighbor we become a more preferable market. So, instead of shipping long distances, Iran would ship short distances when it comes to Pakistan. We currently import oil mainly from Singapore, Oman and Dubai. We import about 6 million tons of petrol a year, so the relationship with Iran could be very beneficial. I think that trading with neighbors is the easiest way of trading; consequently we’re very positive about this situation and we’re certain that it will open a lot of investment opportunities.

Pakistani Ambassador in Washington, Mr. Jalil Abbas Jilani recently said: “Pakistan has oil and gas resources and is looking for American investors interested in joint ventures”. How can international investors participate in all these projects? How interesting do you think is for US investors to invest on oil and gas sector here?

US investors can participate on the pipeline projects which are all open for investment, especially the Turkmenistan pipeline project. There’re a few hundred billion dollars of investment coming to Pakistan. Several US companies that supply pipeline products will be part of the pipelines construction. An American company has already become the biggest player in the LNG field supplying ships. Furthermore, the US is also present in the oil and gas sector supplying expertise and technology.

How does regulation in Pakistan protect investments and what differentiates it from other countries of the region?

Pakistan has been receiving foreign investments for more than 60 years. I have not heard of a single company that has defaulted here. So the legal framework and contracts are not problematic issues when it comes to foreign investment. Pakistani government looks forward to productive foreign investments and it even offers high rates of return in the LNG sector for example.

Pakistan operates the biggest LNG plant in the world. Do you foresee LNG becoming part of the energy mix in Pakistan?

There has been a huge contribution from LNG as our local gas production per day. Moreover, the pipelines’ construction takes time. The Iran-Pakistan pipeline won’t be ready before 2017 so in the medium to short time we have to raise our LNG capacity even beyond that. Both LNG and pipelines have their own advantages. So expect Pakistan to be an about 15 million tons annual market within the next 5 years and one of the top 5 markets in the world. A very positive result of all this will be the decrease of liquid fuels, both directly and indirectly.

The LNG terminal was the fastest to be built in the world. How was that achieved?

Right, only 11 months went by from the contract signing to the opening of the plant. It took a lot of work as we hardly had any experience in the LNG sector, regarding neither board issues, technology issues nor legal issues.

At G20 summit in Turkey it has been highlighted the importance of the inclusiveness of the emerging and frontier economies into the world discussions. Plus, one of the main challenges it’ll be how to find the balance between access to energy and protection of the environment while neither of them should be sacrificed. I’d like to gather your thoughts on these aspects.

Pakistan is a very responsible country when it comes to environment. We’re doing a lot of oil replacement with gas, so it’s very clean in that sense. Also, a lot of vehicles have been converted into gas vehicles which also contribute to the environment by decreasing petrol consumption. Gas has many qualities that contribute to a better environment.

Pakistan not only has one of the lowest carbon footprints per capita in the world but it’s determined to achieve even lower levels. Regarding the renewals the government is now focusing on solar and wind energy. We have put up one of the largest solar parks in the world in Bahawalpur. Moreover, Pakistan has over a 100,000 MW hydel potential but it’s quite remote and a huge investment is required in order to transport it.

We’ve actually been doing that for several decades now. Pakistan’s been the leader in the use of Islamic financing and I believe we’ll see even more of that. There have been many cases of successful integration of conventional financing and Islamic financing, and there are specialized banks in Pakistan today to deal with Islamic financing. One of the Islamic world banking characteristics is that banks take the same risk as the investor and I think Pakistan has been able to carry out this system successfully.

I simply do my job. This job has many challenges and the contribution level is very high. Here whenever you make decisions, take initiatives or accept challenges you affect the lives of 180 million of people for decades; and nothing compares to this. Although there’re very smart people out there but they would not last a day in this job. At this job you have to solve political issues for which you need to have confidence on your leadership. Now it has become easy to me because with the experience I got I am able to see it all and to make a meaningful contribute. I can see now when people make mistakes that I had already learnt from.