GEpetrol was established as the National Oil Company of the Republic of Equatorial Guinea by Presidential Decree in February 2001, and became operational in 2002. General Manager Antonio Oburu Ondo sits down with The Worldfolio to talk about GEpetrol’s contribution to the nation’s economic development, as well as how the company aims to diversify beyond the oil industry through the establishment of its business incubator. 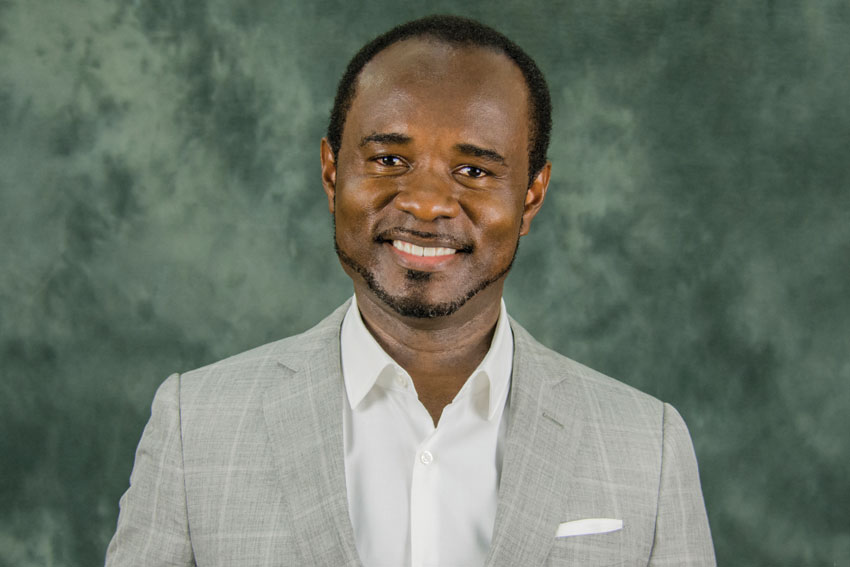 The re-election of President Teodor Obiang Nguema Mbasogo last year will allow the continuation of the Horizon 2020 development plan with the same strength and course of action. What does the re-election of President Obiang say to the world about the confidence of the people, as well as about the continuation of the government's projects and plans for the future of Equatorial Guinea?

Evidently, GEpetrol is included within that continuity that our party, the Democratic Party of Equatorial Guinea, preaches. This, for GEpetrol, means the possibility of continuing our diversification plans, most of all to maintain those plans for the globalization of GEpetrol, and for the participation of GEpetrol in the industrialization of the country.

This might sound very easy, but GEpetrol has not been involved before in these types of projects outside the world of petroleum. So, we’re initiating a series of programs, and the re-election of the President of the Republic means, for GEpetrol, the continuation of those programs and the integration of GEpetrol into the international world.

The President has been a long-standing proponent of connecting Equatorial Guinea with the world. In the context of CEMAC (Economic Community of Central African States), what is the regional and continental role that Equatorial Guinea plays in the emergence of the African continent?

It is even the case that, in the recent moments of crisis, there were countries that were put forth as models of the management of petroleum costs, but after the onset of the current crisis, it is becoming clear that Equatorial Guinea is actually handling the management better. Of the petroleum-producing countries in Africa, Equatorial Guinea is best positioned because of how the petroleum funds have been invested. This has been very responsibly done; we have very little debt in this regard when compared to other countries, which are really much larger producers than Equatorial Guinea.

Since its founding GEpetrol has been key in the articulation of resources for development, supporting the country during oil booms, as well as in more complicated moments. What is your opinion as to GEpetrol's greatest contribution to the country, and what role will the company play in the overall future development of the country?

One of GEpetrol's mandates is to be involved in the economic fabric of the country, contrary to what a lot of people think, which is that it must solely be relegated to the petroleum arena.

We absolutely have to be involved in everything. In this sense GEpetrol has committed itself to being the leading company in the provision of oil services. And that is very important because, right now, the economy and money are in petroleum services.

In fact, the entirety of the petroleum industry moves through petroleum services. And GEpetrol has committed to taking firm steps in that direction. We're not just talking about future projects. In a very short time, we have even been able to implement its operation, a series of companies, with the participation of businesses from the sector who have knowledge of the subject matter, such as, for example, GEprom, as well as a number of other companies on the list.

In that sense, GEpetrol has managed to avoid something that is a very important issue, which is the flight of capital; and we're talking about serious capital that is fleeing the country. GEpetrol is also promoting the transfer of technology. All those businesses mean employment for Equatorial Guinea.

GEpetrol's biggest contribution to the country's economy, first of all has obviously been the creation of GEpetrol and the training of Guineans. GEpetrol is the only institution in the country with a scholarship programme; the largest group of scholarship recipients in the country, who are studying both in Equatorial Guinea and abroad. For example, there are students in Spain, and in Argentina. In fact, our most famous attorneys here studied in Argentina. The management of the cost of petroleum has also been a contribution, and the involvement of GEpetrol in the gas arena, which is currently one of the largest sources of income for the country.

The fall in the price of crude, since the middle of 2014, has affected investors in global exploration and extraction, obliging producers to make adjustments in order to maintain market share, even with much less income. What is GEpetrol doing to adapt to those global trends, and what is your strategy in the long and short term?

Firstly, I want to make clear that the problem that Equatorial Guinea has seen is merely the fact that it's the first time that Equatorial Guinea is in a cycle of declining crude prices. That’s never been encountered before. That's absolutely normal. The prices of crude have risen and fallen throughout the history of petroleum. GEpetrol, in the face of this situation, like any other company, has first undertaken a consistent policy to make significant adjustments, greater cost efficiency, both with regard to the functioning of GEpetrol and greater efficiency in the creation of new business ventures.

Another very important strategy that is the foundation and cornerstone of GEpetrol's future is GEpetrol's business incubator. GEpetrol wants to diversify beyond the world of petroleum, and it wants to globalize. It will be the first time that a business incubator has been discussed in our area, an incubator not just of petroleum companies that will involve Guineans and foreign residents in Equatorial Guinea – an incubator now associated with international incubators, and an incubator that is already talking with banks.  In fact, right now we are having meetings with local banks to allow them to be part of this portfolio of funders of the incubator’s different projects. That is the cornerstone of GEpetrol: the business incubator.

In order to withstand the fuel price crisis, one of the measures that a lot of companies are taking is the integration of their activities into the entire value chain, from extraction to derivatives production and distribution. GEpetrol has been long been present at each step of the sector and increasing its product and service portfolio. What has been your company's experience in integrating those activities, and what plans are there to continue expanding that integration in the future? You’ve already talked about the incubator, but could you give us specific examples of this diversification of the incubator?

The incubator, before it was launched internationally, began to operate and function, and one of the results of the incubator is the creation of a company created by GEpetrol and a Guinean entrepreneur, which is a business that offers services like a travel agency, offering money-changing services, hotel rental services and car rental services. This is a result of GEpetrol's business incubator.