World Report sits down with Cyprus Investment Promotion Agency (CIPA) Chairman, Christodoulos E. Angastiniotis, who has taken on the vital task of reaching out to investors abroad and supporting their endeavors in the country through the institution. With significant opportunities emerging after the 2013 crisis, CIPA is looking to position Cyprus as the foremost international business and investment hub in the region. 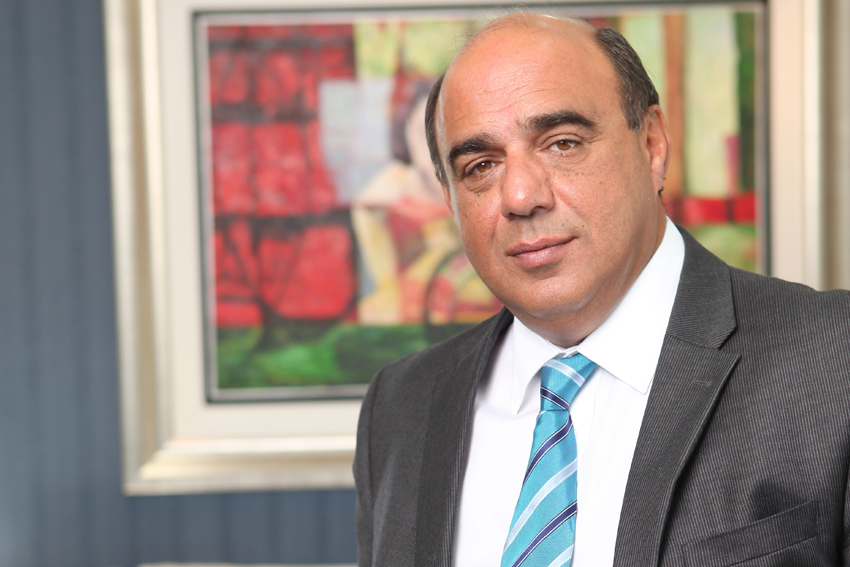 We could not talk about investment opportunities in Cyprus without first discussing its recovery and the resilience of the most productive sectors of the economy.  What have you identified as the real core of this recovery?

Organizations and nations are only as strong as their people. I firmly believe that resilience was a key element in this country’s recovery. It’s clear that the large majority of Cypriots accepted our own shortcomings early on and this was the first big step in order to move forward.

Having recognized our weaknesses we treated the crisis as an opportunity to fix things and create a more stable, efficient and attractive economy.

International investors have also identified that this new way of doing business in Cyprus has created new investment opportunities in the country itself. The investment map of our country has changed significantly over the last few years, with FDI into Cyprus probably reached its highest level in 2014.

We have seen significant investment in the turnaround of Cypriot banks by major international investors, the injection of new capital in the already well-established hospitality industry, early growth investors spotting opportunity in Cypriot health tourism and some of the biggest and best names in hydrocarbon development setting up regional headquarters in Cyprus.

From Invest Cyprus’s perspective, what are the key benefits of investing in Cyprus?

For a lot of investors, it’s a combination of a transparent legal framework based on English Common Law - arguably the most comprehensive tax system in the EU - and the strength and benchmark expertise of Cyprus’ legal, financial and administrative support services which makes the country an attractive investment destination.

The fundamentals of our economy are strong but what also attracts international investors to the country is the high standard and quality of living. Even in the midst of financial crisis, Knight Frank ranked Cyprus the fifth best place in the world to relocate to in 2013-14.

It’s not only the weather and the world class infrastructure, but the close proximity to the rest of Europe, the Middle East and North Africa. At the gateway of these three continents, it is also the culture, the cuisine and the people which give Cyprus its biggest assets, both as professionals but also as hosts.

Investors often want more than tax efficiency and an ease of doing business: a safe and inclusive society with good schools and universities, and effectively year-round sunshine certainly help.

Cyprus was ranked 1st in safety amongst small states and 5th globally according to a 2015 study by Penguin.

When we speak some of the world’s largest investors, it is often the simple things that matter. It’s important that almost everybody speaks English in Cyprus. Take shipping, for instance approximately 20% of the world’s fleet is currently managed from Cyprus and it’s no coincidence that such a multinational industry relying on a complex interchange of legal, financial, professional and logistical services chooses this island nation.

Basing your regional headquarters in a country that speaks your language, is a fully-fledge EU member state, has access to thousands of legal and financial professionals at your fingertips and has credible direct investment opportunities in itself means a lot.

That is what Cyprus brings to today’s investor: a comprehensive support package for doing business. For those afternoons out of the office, it also helps that the country has the most blue flags per coastline km globally and the cleanest waters in the EU according to Eurostat.

What are the key markets you are targeting at the moment, in terms of attracting investment?

Our research of outward FDI data highlights some evident trends in investor interest. Given the scale of opportunity in the development of Cypriot natural gas, the United States is a key target market.

We have already worked hard to bring the likes of Noble, Schlumberger and Halliburton to Cypriot shores and with great success. Our shipping industry, too, is very much a European opportunity with the German ship owners and managers leading the way.

The real estate sector is currently dominated by Chinese, GCC and Russian investor interest though demand from the UK has risen once again, partially on account of the stronger British pound. US, European and Israeli investors have registered interest in the development of the Cypriot hospitality industry.

It is clear that there are a number of cross-sector opportunities that currently exist and they are becoming truly multinational in nature. One thing is for sure, it is the ability for investors of all cultures to do business in Cyprus that makes the country so attractive.

We have heard a lot about the economic effects of a possible reunification and solution to the “Cyprus Question.” Where do you see the greatest potential economic benefits of a reunification?

It is commonly accepted that a potential solution (provided it will be constructive and workable in the long term) would unlock economic activity in both communities. The benefit of having one larger single internal market is clear. Reunification could definitely be a game changer that could contribute towards an extremely attractive investment environment for Cyprus, even more so if this should coincide with the development of the hydrocarbons industry following the recently confirmed findings of Natural Gas in Cyprus’ EEZ.

All parties are now committed to finding a solution, to the benefit of both current and prospective investors living on our island.

Since 2013, CIPA has been focused on rebuilding the Cyprus’ brand. How has this been progressing?

March 2013 saw the spotlight firmly shining on Cyprus. We found ourselves on the wrong end of some unsubstantiated accusations and received unprecedented attention including to see how and if we would get back on our feet and return our economy to good health.

Our first reaction to this was to ensure that we had the opportunity to put the real picture forward by matching perceptions with reality.

The proof was in the pudding. Thanks to resilient private consumption and the fact tourists kept visiting, GDP contraction was far less than headlines made out. Cypriot policymakers fulfilled all the ongoing terms of the Memorandum of Understanding imposed on them by the Troika, exceeding expectations at every stage.

The early lifting of capital controls and Cyprus’ sooner-than-expected return to the international bond markets is evidence of the Cyprus brand: resilience and opportunity driven by a determination to get things done.

As time has gone on, we believe it is the knowledge-based economy in which our competitive advantages lie. Our highly educated and internationally experienced population is one of our most valuable assets.

Sectors such as ICT, Research and Development, and innovation are those which we expect to see a significant growth in the future.

We are rebuilding a different Cyprus, not just a different Cyprus brand. Cyprus is rapidly changing into a quality business centre developing a number of new sectors and reinventing the way government help the private sector to flourish.

The early fruits of our labor are emerging in the collective quest to become a more efficient, flexible, transparent and investment-friendly environment.