Motuma Mekassa, Ethiopia’s Minister of Water, Irrigation and Electricity, explains the initiatives the government is putting in place to attract international investors as it looks to ensure the country’s development is inclusive, far reaching, and sustainable. 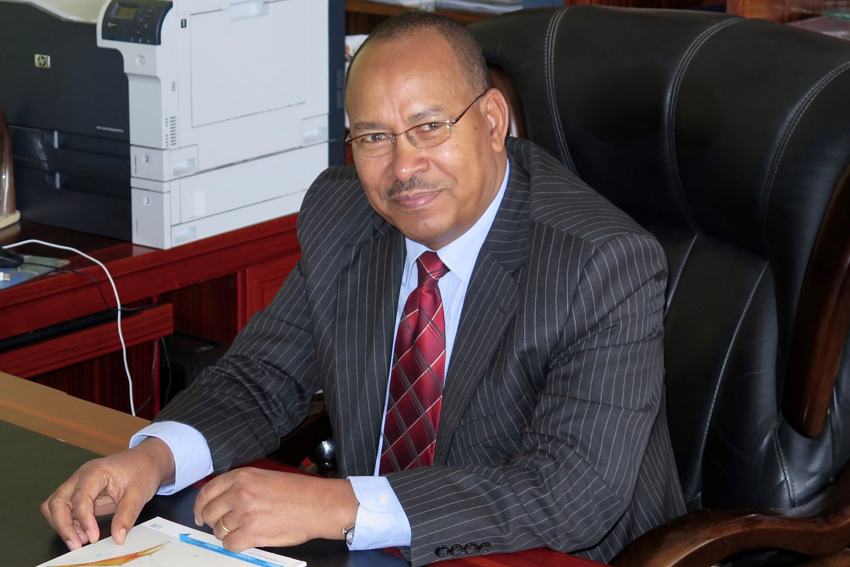 Could you please discuss the prominence Africa is gaining in the international arena?

So, nowadays the African continent is moving forward and growing and there is a good indication in terms of development, because we can count many development activities around the continent, so this is a good start and we have to keep it up. We have the potential as Africans, as a continent, but these resources, this potential that we have, were until now misused or used by somebody else, not by Africans, so now it should be for Africans to use and to help the African community. We have to focus on this. Our start has been very good, but we have to keep it up with the positive strategies we are employing now.

Christine Lagarde said in the IMF “Africa Rising” conference in Maputo that the three priorities Africa has are building people, building institutions and building infrastructure. What is your assessment regarding building people?

Regional integration is very important for African countries to develop together. Nowadays, one or two countries cannot develop alone; it should be an interconnected development for regional integration. This regional integration has to begin with a road network and a power network, because as a continent we lack power. Now, the economy is growing and the demand for power is increasing, but the supply is still limited, so we have to balance the economic development and the power supply, otherwise, we wont be able to continue growing. So we have to pay attention to power generation – that is why we started the regional connection, for example, with Sudan, Djibouti and Kenya. That is very important, not only for Ethiopia but also for the neighboring countries in eastern Africa. That connection is not only for economic benefit, but also for peace and security in the region, which is also very important. If the countries are connected, be it through roads or through power, everybody is thinking, together, about security and peace. That is why we are focusing on that area.

In that regard, your predecessor, Ato Alemayehu Tegenu, stated in May the Ministry managed to achieve only 3.9% of the energy target it had set in the last five years. What are the challenges you will have to face and how will you work in order to overcome them?

We made a plan in the first GTP. We tried to develop the plan on 10,000 megawatts by the end of GTP I. Unfortunately we didn’t meet that plan for different reasons. Like all African countries, we have potential for power generation and here in Ethiopia we have huge potential in hydro, wind, solar power, so many areas. As I mentioned before, we lack the power on the other side. In relation to hydropower, there are projects conducted with government financing, but these projects require a lot of money to build, so now we made it open for investors to come and work on power generation and development. We opened the opportunities for investors from any corner of the world; this is because we lack the finance to develop this power generation, so we opened the projects for foreign direct investors or any investors that want to come and work in this area. This is a way we can achieve the power generation we didn’t manage in GTP I.

In GTP II our plan is to create a positive environment for the investors who are interested in working on this area, and that will accordingly minimize the gap. In fact, at the end of GTP II the power generation will be about 17,000 megawatts. So, this is a way to encourage these targets.

Ethiopia established the Climate-Resilient Green Economy Strategy, based on a carbon-neutral growth pathway, which has been commended by the World Energy Council. What message do you think Ethiopia is sending to the international community?

As you know, Ethiopia had an early start on the development of green economy, even in comparison with any African country, we were the first to initiate this idea and discuss the matter of climate change with other African countries. That was taken in well. We hope everybody has understood and that everybody is trying to sort this problem nowadays.

In Ethiopia, in any development we focus on green economic development, because our economy is based on it. Concerning that, Ethiopia is paving the frontline to promote this green economic development, and also with the coming community roles with African countries, our focus should be based on the climate-resilient areas. In that sense, we are working on a lot of issues locally; in any plans that we have, we check that they are green-economy approved and also that they are gender sensitive, because around 50% of our communities are female, so we have to consider them.

The country’s flagship project, the Grand Ethiopian Renaissance Dam could turn Ethiopia into Africa's powerhouse with its 6,000MW. The World Bank estimates Ethiopia could earn $1 billion a year from electricity exports. What impact are you expecting, both for Ethiopia and its neighboring countries, once in full operation?

The Grand Ethiopian Renaissance Dam, when completed, will generate about 6,000MW. That is not only for Ethiopia, it is for the neighboring countries, including Sudan, Kenya and other countries. So we are not only interested in generating many megawatts, we are interested in regional integration and in creating an environment for peace, which is very important.

We lack finance as a country, because our development is booming. It is moving forward fast and we need a lot of finance. So for that also this planned revenue will support us.

So that is also very important for the development of the country and also for the integration of the countries in the region.

Ethiopia has the vision to become the light manufacturing industry center in Africa by 2025. A reliable electricity supply will be key to this. What message of confidence do you want to send to the international community about the energy sector in the country and why their investment is going to be safe here?

First of all, we badly need energy, from the household level to the big industries, so availability of power is very important for the development of this country. And to do that the Ethiopian government is trying to develop projects based on hydropower, solar power and wind power generation. But we need more to develop, to have more types of energy. We require the international community to intervene in the power generation area and the government is creating a positive environment for investment in the area, and accordingly there are companies coming already to work on power generation. We hope more will come so power generation will take place thanks to these investors.

Ethiopia and the UK have had long and fruitful relations. What is your assessment on the current diplomatic and commercial relations of both countries?

The relations between Ethiopia and the UK are strengthening in different areas, especially in financing. For example, we are working with DFID and as a financial institution they are supporting our development. So the relations are becoming stronger and stronger. Currently we have a good relation with the UK, and also in the water sector and other sectors, and we hope that we can strengthen them even more.

What opportunities under your ministry’s umbrella would you want to highlight to the United Kingdom’s private sector?

The government of Ethiopia is facilitating the legal issues and regulations so we have a positive environment for the UK investors to come and we can work together on something positive.

You have been recently appointed as new Minister for Water, Irrigation and Electricity, being previously chief of Oromia Region’s Water, Mines and Energy Bureau. What is the input you are bringing to the MWIE?

I have been in the water sector for the last 20 years and I was working, as you mentioned, in Oromia, which is one of the biggest regions in this country in terms of population and area coverage (it’s about 33% of the country). In that region I worked as Head of Water, Mines and Energy for about eight years in total. For some periods I worked at the city government and then I returned and I tried to bring change in that region, especially on water supply issues, because we have a critical problem of water supply in the country and in Oromia. So, I tried to change that scenario. One of my focuses was to mobilize the community, we introduced self-supply of water so that in all areas possible the community could have their schemes, and I hope we succeeded in that area.

I was a Member of Parliament when I was at my regional post; now I am also a Member of Parliament and I know some of the issues that we have to work on, especially in the water supply sector, where we have a lot of problems in the rural areas. So one of the aspects we are focusing on in terms of water supply is increasing access to potable water, and working on irrigation development based on medium-scale irrigation and large-scale irrigation starting from 200 hectares. This Ministry is responsible for large-scale irrigation and we have projects under construction and others under study, because our agriculture cannot be based only on the rain, to make it sustainable development we have to support it with irrigation.

So we pay special attention to that area and also the energy aspect is very sensitive. Therefore, I hope in this area we can bring about a change. We have ambitious plans in GTP II and we will try to implement these plans and we hope change will be possible.