The State of Mexico: “We are much more than partners, we're strategic allies”

Interview - June 11, 2014
The governor of the State of Mexico, Eruviel Ávila Villegas, recognizes the US as his major ally and announces that another office of his government will open in Los Angeles shortly, joining the already existing branches in Houston and Chicago. The indices of continuous improvement, redoubled promotional efforts and an intensive educational campaign make the State of Mexico a perfect destination for those investors who seek opportunities, transparency and clear rules 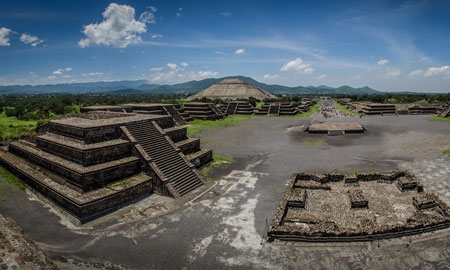 ERUVIEL ÁVILA VILLEGAS | GOVERNOR OF THE STATE OF MEXICO
Governor, what is your opinion about the historic goal that president Peña Nieto and secretary Chong have established for their term of office to promote the communication channels that opened between different states and the federal government?

We are living a great moment in Mexico thanks to president Peña Nieto. When he was elected to office, it took him less than 24 hours to call on all the political forces and convince them that it is extremely important to build a united front for the benefit of the country – something that hadn't been achieved in decades. When the Pact for Mexico came into force, the secretary of state, Osorio Chong, was put in charge of internal affairs. Both of them used to be governors, both understand the significance of strengthening regions and entities. They are well aware that today we have to encourage developmentstarting from the local level and moving towards the national level. I would like to express my admiration for secretary Osorio Chong, who is willing to engage in dialogue, to build bridges between all the governments in Mexico, regardless of their political affiliation, and reach consensus. The forces that used to compete, support each other now.

Governor, what does the transparency of public institutions mean for the State of Mexico?

Transparency as well as accountability are extremely important. Both are part of the state's public policy and its development plan. This is due to both: our convictions and compliance with the law. AREGIONAL is a consultancy firm which declared the State of Mexico number one in our country in transparency and accountability, and in access to financial and fiscal information.

State of Mexico takes the first place in industrial GDP and contributes around 10% of the national GDP. What strategies are you implementing to keep up the current pace of growth and make the State of Mexico an even more attractive destination for foreign investment in the future?

We're working on different plans of action, mainly ones affecting legislation. Our aim is to remove bureaucratic hurdles for those who intend to invest in State of Mexico, as there used to be some inconsistency in that area. On the one hand, we promoted investment, and on the other hand we hindered it with obsolete and unnecessary norms. We have taken this regulatory improvement to constitutional level and now we sanction government officials who hinder investment in our state.

DOING BUSINESS research carried out by the World Bank, named the State of Mexico number 28 out of 32 entities in their ranking of business-friendly Mexican states. In 2012 we were number 18, as a result of all the work done by former and current authorities. In 2013 we came in 11th.

According to the National Bureau of Statistics and Geography (INEGI), the State of Mexico has grown by 3.28% and came in third in terms of its contribution to GDP. The State of Mexico is essential to our country's economic strength. Other current data from Social Security (IMSS) show that when we compare the first trimesters of 2013 and 2014, we see a 200% increase in employment in the State of Mexico, which is as many as 13,400 new jobs. This proves that we are doing things right.

When a company decides to invest in any Mexican state, they focus not only on the infrastructure, but also on the inhabitants of the state. This is because investors need people who can respond to the requirements of the newly established industry. What training and education programs are there in the State of Mexico?

We have many strengths that will allow our state to attract more investment, such as its location. We are the economic and geographic heart of Mexico, we are the largest market of the country, we have the largest road network of 14,000km. And indeed, another important piece of information is about our workforce. The people of our state are fighters, ambassadors, entrepreneurs. They are talented and approachable at the same time, they are music lovers, they adore wafers and chorizo from Chiluca, but they also enjoy the Spanish varieties.

We have opted for dual education, a model that has already been implemented in Germany, with whom we have a formal agreement. It is known as student apprenticeship – students complete their studies at schools and universities, but at the same time they are further trained in factories and workshops. Here I would like to show my appreciation for Mexican entrepreneurs. They have given young people the opportunity to work and get training in their companies, which has been crucial for the project.

We invest in technology at our polytechnic universities, at the Autonomous University of the State of Mexico (UAEM), in order to offer studies that will result in as much employment as possible. When it comes to engineering, we are the state with the largest number of graduates. We're investing in education because it encourages development. Mandela said that if we want to change the world, we have a very powerful weapon to do it, which is education. We are going to use this weapon to change the world and to change Mexico. I am the product of education and effort as well, and I would like education to do as much for children and youths of State of Mexico as it did for me.

The US is your major ally, your government has branches in Houston, Chicago and soon also in Los Angeles. What do you expect from these initiatives? Why are you interested in opening branches of your government in the US?

We have a long-lasting relationship with the US, which has made us brother nations. We are much more than partners, we're strategic allies. We have two specific goals: first, to aid our fellow citizens, support our compatriots, especially those coming from the State of Mexico, who live and work in the US. Secondly, we want to encourage US investment in the State of Mexico, so that entrepreneurs become aware of the strengths of our state and understand that there are many business and investment opportunities waiting for them in the State of Mexico. We are adamant that our state will benefit greatly from this connection to the US.

What channels of communication do you use to talk about the success of your state and the positive results achieved in security?

The best results are the ones that people can touch, feel and see, and the ones that entrepreneurs can name. This link is already there, this is why it is so important for me to tour the US. I have met the governors of Illinois, California and Nevada, and I have received visitors from Illinois, Utah, Nevada and Los Angles. What I mean is that the best promotion is for them to come here and walk our streets.

If we do an international analysis, we are not above the average crime rates. Obviously this is not much comfort, provided that with a single case of violence we should commit ourselves to achieving better results. In any case, promotion does help our state, and I think everybody does their job as well as they can.

I would like to make an important comment here. No amount of policemen, firearms, police cars or munitions will be of any use if we do not strengthen our social fabric and education.

We are talking about the State of Mexico as a market attracting the largest numbers of international tourists in Mexico. What three destinations would you recommend in your state?

To name some specific locations, the State of Mexico has Valle de Bravo, which is a beautiful town, the municipalities of Oro and Tepotzotlán, the wonderful handicrafts made by internationally acclaimed masters from Metepec, such as the tree of life or Temoaya carpets – these are some of the wonders that we should explore.

We also have World Heritage Sites, such as the pyramids of Teotihuacan and many other places of outstanding beauty. We encourage you to visit the State of Mexico. It's a perfect region for senior US and Canadian citizens who are looking for a holiday and retirement destination.

You certainly know that our American readers like a personal touch in politics. I know a bit about your life story, I know that you stand for meritocracy when it comes to social ascent in Mexico. I would like you to tell us briefly about your rise to power.

I was born in a poor community in the State of Mexico. My father was a bus driver and I used to keep him company sometimes and collect the passengers' fare. I learned the craft of cutting and placing bus windows, but I strove to obtain a good university education, and I made it thanks to my parents' efforts, thanks to my family, my children, my wife at the time and thanks to the support of other people. I have reached the position of great responsibility, and I am proud of what I achieved without a doubt. However, at the same time I'm determined to remember where I come from.
I am in the middle of my journey and I know there is still a lot we can do for our beloved State of Mexico.