Environment and the poorest matter first when it comes to infrastructure?

Hon. Basuki Hadimuljono, Minister of Public Works and Housing, discusses the new legislation reforms to improve infrastructure in the country. 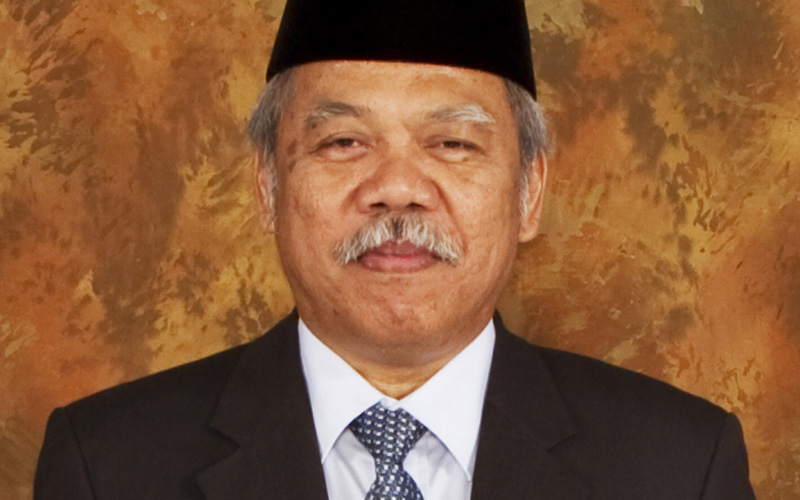 H.E. Joko Widodo’s inaugural motto is, “work, work, work”. According to him, Indonesia has to work hard to face its historical challenges and move on the road of prosperity. Kindly comment on the current administration’s main priorities. What can you say about the government’s key projects for the short and medium term?

His Excellency’s motto basically translates to, “work hard, work hard, work very hard.” Here in Public Works and Housing (PWH), our aim is to “move faster, work harder, and stay focused”. The Ministry seeks to operationalize the President’s vision. It is the combination of the Ministry of Public Works (MPW) and the Ministry of Public Housing (MPH). The goal of PWH is to address the housing backlog (which is at around 15 million for the lower income segment). Last year, MPH was only able to provide 200,000 houses. Now, with PWH, the goal of 200,000 in public housing (PH) is merely a minimum target. I hope to do more (around 440,000, annually).

We understand that the Ministry is also involved in helping to achieve the President’s goal of food self-sufficiency by 2018.

Yes, the President is working on making Indonesia self-sufficient where food is concerned by 2018. The country is looking to revitalize key crops such as rice, corn, and soya beans. This falls under the scope of public works (PW). To support this initiative, our Ministry is working very closely with the Ministry of Agriculture (MA).

PWH has been given a target of constructing at least 5 dams annually. For 2015, I have a program for 11 dams. Between January to February next year, the President is looking to participate in the groundbreaking ceremony to start the work on 4 dams. Then there are the 6 other dams for July.

For irrigation, our target is to rehabilitate a million hectares for next year. At the moment, about 52,000 of the country’s irrigation system are in bad shape. We have to address that. We understand how necessary this is in increasing agricultural production. This should help with food security and improve the farmer’s welfare (who right now have limited land ownership). This has to do with the provision of good seeds and fertilizers, and the introduction of more efficient and sustainable methods for growing and harvesting crops (which includes the use of new technologies). Finally, there is water, which we seek to address through the revitalization of our irrigation systems. This is important. Without water, the program will not work.

We are looking to build dams, rehabilitate our irrigation systems, and eventually expand our area for irrigation.

How about roads? What targets do you have?

Under PW, we are responsible for building and maintaining roads. We are looking to build 2,000 kilometers of road in the next 5 years.

Do you have any projects for the maritime sector?

In terms of maritime projects, there is a plan for 424 deep sea ports. There is an initiative to provide bigger ships. We are also working in rejuvenating existing ships (from the engines to the finishings). It is this Ministry’s responsibility to support the deep sea ports by building access roads to the ports (perhaps even a crossing for the workers of the port).

The Maritime Toll Road (MTR) scheme will entail a big deep sea port from Banda Aceh to Biak in Papua. This move to increase access to the remote areas is to promote equal growth throughout the country. At the moment, infrastructure development in East Indonesia (EI) is not the same as West Indonesia (WI). 80% of the GDP is in Java and Sumatra. The disparity is such that a sack of cement in Jakarta would cost about IDR75,000, while it costs IDR2.5 million in Papua. That is why we are working on strengthening our support for EI.

The government plans to fund its projects by cutting fuel subsidies and enlarging the funding for the MP3EI. How is your Ministry looking to maximize your portion of these funds?

According to the data for the past 5 years, subsidies have amounted to IDR714 trillion. Infrastructure is only IDR577 trillion, while health is a modest IDR202 trillion. That is why the government was to change things to prioritize more productive segments such as infrastructure and its dam projects. That is the rationale behind this policy.

Moving on to PH, what programs do you have to push for more environmentally friendly developments?

We are now in a green building (GB)—a gold-platinum design awardee. This building has the capacity to save 60% of energy consumption. This is the first building in Indonesia to have been bestowed such an award by the Green Building Commission (GBC).

Here at PWH, we follow the green development principle. For instance, when we build roads we recycle existing road materials to avoid having to build new quarries that destroy forests and deface mountains just to get rocks.

Additionally, we have planting projects that go hand-in-hand with our infrastructure projects (e.g., the building of dams, roads, etc.). We have green open spaces called “Ruang Terbuka Hijau (RTH)”. I was the Director-General (DG) for Special Planning (SP). There are plans for these RTHs. We aim to set up 12 botanical gardens in the next 5 years, each more than 50 hectares.

UK PLC, UK-based financial services group, is increasing its participation in Indonesia’s Surabaya and Bandung second cities’ development. It is a bilateral cooperation that has the potential to unleash a wealth of commercial opportunities for overseas investors.

What are your thoughts on foreign participation in major urban projects?

Foreign participation is fine as long as they follow the special planning that has been set. Part of our government’s policy is selective investment, moving away from endeavors that would mainly involve our natural resources. However, foreign investors are more than welcome to participate in our infrastructure projects. For instance, we are not looking to build a smelter in Indonesia. We are moving away from the exportation of raw materials and focusing on technology and value addition. That is part of our investment policy.

As with all our interviewees, we would like to know more about the man behind the organization. What motivates you as the Minister of PWH?

You know, if I had not been chosen for this position, I would have already retired. I have been in service for 34 years. Now is the time for me to give back to the nation.

When I joined this Ministry in 1980, I was a Consultant for a British Company. I still remember how it was. I was 24 years old, and involved in a groundwater project at Central Java (CJ). I wrote pieces for the paper for the international conference. Even then, I was passionate and headstrong—not afraid to stand up for what I believe in.

What message would you like to leave to the readers of The Independent about Indonesia?

Indonesia is a big country. We have everything. By working together as a nation, we can make the most out of the abundance that we have.