Vishwas Pathak, Advisor to the Minister of Energy of Maharashtra, tackles the challenges facing the state’s energy sector as it strives to raise the affordability, accessibility and 24/7 reliability of sustainable power supplies to India’s second most populous and third largest by area state. He also highlights the achievements made, the significantly streamlined investment procedures, and the prime areas investors should take a look at. 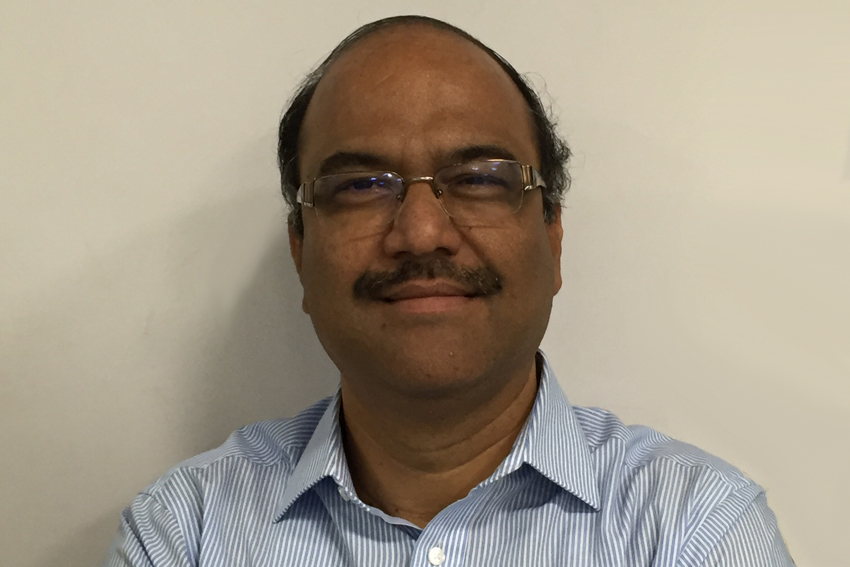 VISHWAS PATHAK, ADVISOR TO THE MINISTER OF ENERGY OF MAHARASHTRA
SHARE

VISHWAS PATHAK | ADVISOR TO THE MINISTER OF ENERGY OF MAHARASHTRA

Could you please give us an overview of the energy sector in Maharashtra?

We have a power surplus in terms of demand and supply. Power is a commodity based on affordability. Each citizen of Maharashtra should be able to afford this energy. We have to be equipped for this. But because of the lack of affordability, it is not reaching out to all the people in time.

Sometimes there is a power cut, and other times the electricity is not reaching where it is supposed to go. So our Chief Minister, Hon. Devendra Fadnavis, gave us the task to provide 24/7 electricity to all people of Maharashtra. The second objective is that it should be affordable. This means that we are working on two things at the same time. We are upgrading and expanding our infrastructure to reach out to the people. At the same time we are trying to reduce power tariffs. Achieving both the tasks at the same time is a Herculean task.

How did we achieve this? Traditionally the governments in Maharashtra used to focus on critical losses, commercial losses, etc. It’s an element that for us is also important. But what we did differently is that we analyzed the input costs. More than 70% of the input costs today were fuel costs, such as coal. Today 80% of power is generated through thermal plants, while the rest is hydro, solar and others. In thermal, more than 70% of the fuel costs are coal.

We worked on this in terms of gradation of coal, quality, and transport. While importing coal, we changed the quality requirements (QRs) so that we could introduce the concept of reverse bidding. We would buy coal from whoever would match my lowest price.

In terms of gradation also, we would buy only good quality coal and pay accordingly. To make a long story short, we worked on quality, gradation, transport, and bidding process qualifications, and within almost one year, we saved almost $115 million on procurement of coal. This will be $200 million by March 31 this year.

Because we had initiated losses, we have also started considering the feeder as the base. From the feeder, there are about 8,000-10,000 consumers. We are appointing a feeder manager who works on a PPP basis. So whatever losses are reduced, they are shared between the both of us. So from this perspective, our requirements would go up while losses would go down. This is another operation that we are working on.

Under the same minister, there is another ministry, called Renewable Energy. For the first time, we came out with a composite policy of renewable energy of 14,400MW, which includes 7,500MW through solar, 5,000MW through wind, 1,000MW through coal, fossil fuels, and other through miscellaneous like small hydro, industrial waste, etc.

Up till now, we had policies in place, but in a distorted manner. This is the first time we have got a composite policy. By working like this, our developers are being benefitted. They can go to the bank, provide bank documents and raise funds at better rates.

How would you evaluate COP21 and its impact on India, especially given that India is still very much reliant on coal?

We welcome the Paris pact. However, we have to deal with the reality as well. Today, we cannot straightaway switch over to renewable sources as it is very costly. Affordability is very important. Thermal power is generated at Rs 2-3 per unit whereas renewable energy is at Rs 6-7. While we are trying to reach out to the public, explaining the importance of clean energy solutions, we cannot impose 100% renewable energy at once. This is kind of a tricky situation for developing countries.

If we look at the climate agreement, countries like India are relying on thermal up to 40%. Eventually, we will be replacing our conventional with non-conventional sources by up to 60%. In the 40% thermal, we are encouraging bigger plants like 660MW and above. If plants are bigger, supercritical technology can be used which ensures lesser pollution and cost effectiveness. When it comes to conventional sources, we are taking various measures so that pollution is being dealt with. Energy is generated and people are getting supply 24/7.

What would be the opportunities for American investors in the energy sector in Maharashtra?

On the thermal front, we have reached a saturation point. There are some standard plants already in place. On the solar front, we are going for an ambitious 7,500MW of power that is classified into two segments. 2,500MW will be earmarked for state-owned generation. They will be developing 2,500MW solar energy under their Renewable Purchase Obligation (RPO). This would be done in various ways, including on a PPP or EPC basis, through solar power panels on canals, forests, etc. The beauty of this is that we are not insisting the developer to use his or her own land. It can be land on lease also. There is barren land available in Maharashtra that is not otherwise utilized for cultivation. So farmers are also benefitting. They can lease out lands and solar parks can be developed. So for these 2,500MW, there will be a long term PPA (power purchase agreement). All these players can join hands here.

The other 5,000MW is for everyone. There will be reverse bidding. Any investor can come and set up his solar panel manufacturing unit in Maharashtra. This will ensure he gets 7,500MW equivalent businesses while also supplying the power to India. It is a very ambitious plan and we are going to achieve it in the next five years.

How significant is “Make in Maharashtra” for your Ministry and how is this initiative affecting the energy sector in the state?

Make in India and Make in Maharashtra are very similar. Make in Maharashtra is a subset of Make in India. There are certain issues to be dealt with by the central government at the national level like power. Our central energy minister Piyush Goyal is a very dynamic person holding both coal and power portfolios. Under Make in India, he has come out with some fantastic plans. Like I said, the transmission of power and not coal was his idea. Whoever gives the best price for procurement of coal would receive it from the nearest mine. Whoever generates power at a cheaper cost will have to be bought. So there would be competition between private and public power generators.

Like the US, we have several states. There are some subjects that are state matters while others are central. All states are competing with each other. Once upon a time, Maharashtra used to be No. 1, but Gujarat overtook it. Historically, Maharashtra has inbuilt potential like advanced manpower, competence, etc. Worldwide, also, the Indians you would find abroad are predominantly from Maharashtra. We have got good manpower, engineering, and medical colleges. The state is also comparatively very liberal in terms of accommodating outsiders. We are an advanced and progressive state. Therefore we have an advantage over others. All investors who want to come to Maharashtra can study our track record. All big industries are here. It is very progressive and futuristic.

What is your opinion on the ease of doing business in Maharashtra and why should an investor choose Maharashtra as his investment destination of choice?

Our Chief Minister has brought the number of clearances down from 75 to 30 and is will bring it down to 12. This is an incredible accomplishment and will further stimulate investment into our state. With regards to the power sector, the moment an investor gets permission to set up a plant, he will get deemed non-agricultural permission from day one without having to apply for it, which otherwise would be a Herculean task. Pollution control approvals will be given automatically. Industry status will then be provided immediately.

Apart from solar energy, where are the other opportunities in Maharashtra?

Areas like tourism and agro-based activities are big in Maharashtra, as our country is mainly based on agriculture. There is still scope for storage and cultivation through advanced technology and education.

In education I also believe that there are plenty of cooperation opportunities with universities in Maharashtra.

Maharashtra has a liberal and heterogeneous population and has a very good law and order system. In this regard there are no major issues or bottlenecks, which is very good for American investors.

Maharashtra is also a highly literate state. Our banks are very active and funding a lot of our education. Geographically, the city of Nagpur for example is centrally located in India and has a cosmopolitan population. Since the British period, it has been developed as an administrative center. People from all over India are flocking to Nagpur. Nagpur has a peaceful co-existence and a harmonious type of atmosphere. There are no movements against North Indians or foreigners.