Energy efficient Italy at the forefront of sustainability and renewables

With 1% of its GDP dedicated to the development of renewable energy sources, Italy has achieved the fourth best score globally in terms of CO2 emissions, according to BlackRock Investment Institute, and is the world’s number one for co-generation. It has also surpassed its goal of 16% share of energy production from renewables six years ahead of its original 2020 target. Chairman & CEO Francesco Sperandini explains GSE’s pivotal role in promoting renewable energy in Italy. 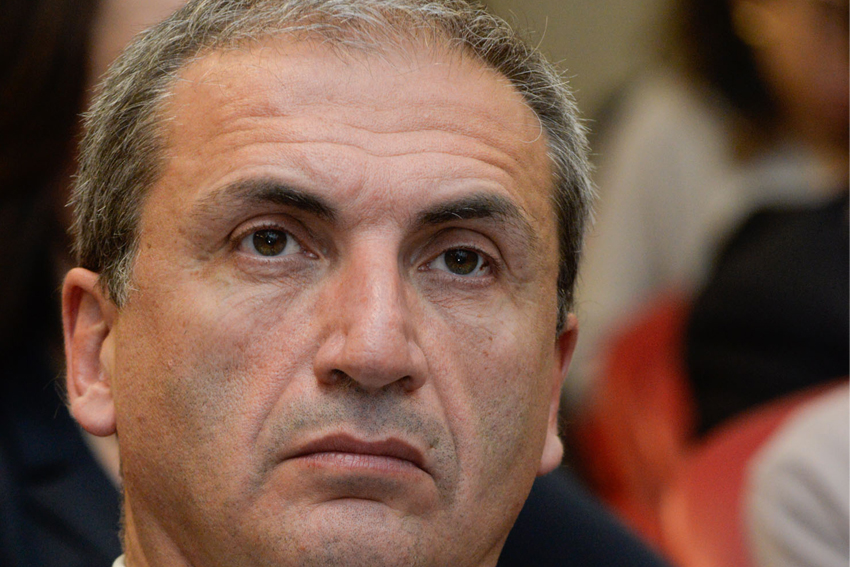 The International Energy Agency (IEA) expects energy demand to grow 37% by 2040. When we speak about sustainability, is it a buzzword or do you think we have reached a turning point towards more binding regulation with the COP21 and Europe 2020?

Many rules at the European level were established in 2009 when the 2020 targets were set. The post 2020 scenario for after 2030 opened a new phase in which the governments will be crucial to achieving the overall objectives defined for the Union.

EU measures are expected to ensure that EU member states collectively achieve the targets, and imply new and different binding regulations. It’s important for me to say that Italy strongly believes in sustainability. In fact, the BlackRock Investment Institute says that Italy is the fourth in the world after Sweden, France and Brazil in their “Carbon Saints and Sinners” index, demonstrating that Italy has one of the best scores in terms of CO2 emissions.

Similarly, the American Council for an Energy-Efficient Economy said in October that Italy is the second best country in the world in energy efficiency after Germany—it is only by one point behind Germany— and the first in the world for co-generation.

Italy has 18 times the photovoltaic plants of Africa as a whole, although Italy only represents 1% of the territory of Africa. Italy is back on the global scene, and it’s at the forefront of sustainability.

It’s very important to bear in mind that Italy invests 1% of its GDP in developing renewable energy sources, that is €16 billion every year that goes through GSE to invest in sustainability.

What is your perspective of the potential impact of lower oil prices on investments in the renewable energy sector?

At a global level, the trend of oil prices could affect investment in renewable projects partially. The interaction between conventional and renewable energy sources should be analyzed with a long-term view. For some, the Brazilian experience shows that renewable energy can minimize the risk of price fluctuations of fossil fuels in the long-term. It’s very important to have a long-term vision.

Can you please provide a snapshot of the current production of clean energy in Italy?

In our race towards sustainability, we need to increase the share of renewable resources applied to our transport system. The overall renewable energy sources share of final gross consumption was about 17.1% in 2014; but I can say that in 2015, we have improved by reaching 17.3%.

What is the role of GSE in terms of promoting renewable energy and how do you collaborate with national and international institutions on crucial issues such as energy efficiency, saving and security?

GSE plays a pivotal role in promoting renewable energy as we manage incentive mechanisms. On the other side, we offer our technical and economic support to a number of institutions, like the Ministry of Economic Development and the Ministry of Environment.

GSE acts as Italy’s representative in international and multilateral organizations—for instance the IEA and the International Renewable Energy Agency (IRENA)—and also at a European level. I think an Italian will be appointed as the chairman of IRENA next year. In this international context, GSE emerges for the competitive analysis of energy policies, technology cost and evaluations of renewable energy sources investment. We represent Italy in international energy institutions.

GSE was born at the end of the privatization process of the electrical sector at the end of the last century, in 1999, as a state-owned company to manage, for example, tariffs and green certificates support schemes. GSE’s activities have followed the huge increase of the renewable energy sector and the sustainability of the electrical sector through the feed-in premium support scheme for solar production and feed-in tariff scheme for small power plants.

Since 2015, GSE has managed a new feed-in tariff premium scheme. Regulated access has been introduced based on tender or registries; free access has been preserved for small initiatives. In addition to all these support schemes, GSE also provides a mechanism called “exchange on the spot” (“scambio sul posto”) – a net metering scheme to simplify the purchase scheme called “dedicated withdrawal” (“ritiro dedicato”).

In 2015, GSE provided more than €15 billion of incentives and sold to the wholesale power market 40 terawatt-hours of electricity for the value of €2 billion. In recent years, GSE’s commitment to the sustainability of the energy system has spread across the energy sector by managing a complete set of support schemes for thermal, renewable energy, biofuels, and energy efficiency.

We have a very important mechanism of “white certificates,” which is a reference model all over the world to incentivize energy efficiency, and we obtained the award for it from the European organization of energy efficiency in September last year.

When it comes to the barriers and opportunities in the renewable energy sector, what would you highlight as the main aspects, in order to attract investors or in terms of future growth in the sector?

Price is not the only driver when choosing an energy source, but it is very important. With the low price of oil, the business plan of renewable energy plants has a problem.

However, I am sure that we can have a mix of generation that will include renewables and gas in order to satisfy the growing demand in the upcoming decades.

I don’t think renewable energy sources can play an exclusive role in matching the demand for energy. On the flipside, it’s impossible in the future to have an energy approach without an important contribution from renewable energy.

Italy reached the target of 16% share of energy production from renewables in 2014; that is six years ahead of schedule, which was set at 2020.

This was due also to the economic crisis, because the crisis reduced consumption. However, the effort of the Italian government to put on the table €16 billion each year was without a doubt a major factor in our success.

Do you think that renewable energy can be a key player in the revitalization of the industry in the south of Italy?

The European Union decided to set a very challenging target on demand without considering the supply of technology in Europe. We can reach this target buying goods and plant and wind plant and so on from all over the world. Maybe such targets could have been developed in relation to the concurrent acceleration needed in each country in terms of technology and innovation. This is especially true for the south of Italy, where we have great developments in solar and wind, but I think that we could improve in our industries in terms of maintenance, repairing and regeneration.

The US is investing in hydropower and biofuel, but they are lagging in solar power, for example. What would be the main reasons why American investors should look at Italy as their next destination for investment opportunities?

In Italy, a US firm can find a country that strongly believes in sustainability. We have good return on investment with a solid perspective for the future. Italy’s market when it comes to green energy is highly sophisticated and mature, in a good way.

Investors can find profitable opportunities and rely on skilled human capital with experience in continuously developing new technologies. The US Navy and US Army already picked Italy as their destination for green tech investment as their preferred location for the southern European and Middle Eastern region simply because Italy is a leader in the sector and therefore very attractive.