Cyprus’ Minister for Energy, Commerce, Industry and Trade Yiorgos Lakkotrypis discusses the country’s energy outlook with regards to offshore gas, as well as the steps being taken to create more jobs and entrepreneurs through the key resilient sectors of the economy. 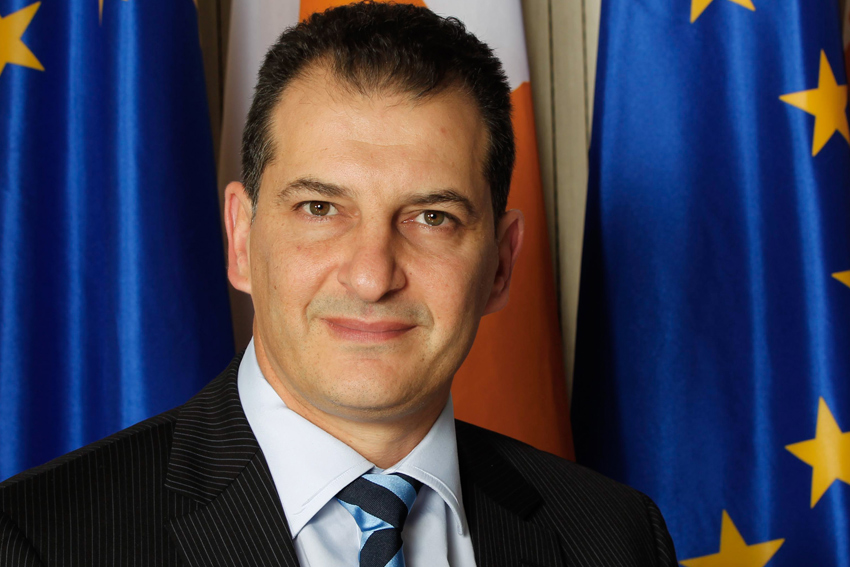 With so many key portfolios under your ministry, which sectors and policy decisions have led to such a quick turnaround in terms of economic prospects?

Firstly I would say that even though a lot has been achieved over the past two years, we are still not completely out of the woods.

Right from the outset of the crisis we knew we needed structural reforms as much of our legislative framework and governance was based on decades-old regulations. It was important for us to realize we needed to change.

Secondly, and very important for me to mention, is that some of our sectors proved to be much more resilient than anyone had predicted, particularly tourism, professional services and shipping.

The primary reason for that is that these sectors had never been based on a bubble. They have always been based on the solid foundation of professionals providing high quality goods and services.

The third element I want to mention is our determination to stay focused on the structural changes that needed to take place. We painfully, but methodically, underwent what needed to be changed.

I think that these are the three things that have helped us in the position we are currently in, where there is recovery in sight.

What importance do you place on innovation and entrepreneurship within your ministry and its respective sectors?

We have innovation at the core of our future growth strategy. As a ministry, we have launched a number of programs to promote entrepreneurship among the youth, as well as women.

We also have a special innovation fund, which will be starting very shortly. Hopefully in September we will launch the search for strategic investors for the science and technology park.

Why is innovation at the core? This is the way we are seeking to create high-value jobs. The two main problems that we face today are unemployment and market liquidity.

The liquidity issue will be sorted out, but trying to reduce unemployment is much harder. To speed up that process, we believe innovation is critical.

We want to be able to give to the youth the tools to start their own companies.

Traditionally tourism, as you mentioned, has been a very resilient sector of the economy. How is the ministry collaborating with the private sector on different projects and how is that affecting tourism development?

It is important to say that, even though it has proven to be resilient, we have been losing competitiveness since 2001.

Looking at global trends, even regional trends, you will see that while other destinations have been growing significantly, Cyprus has remained stagnant when it comes to the number of arrivals and level of spending.

One of the most important challenges that we face is seasonality. There are many things that we are doing to address these challenges.

We are putting together a more strategic vision for tourism and we are deregulating the sector, setting a target of cutting red tape by at least 25%.

At the same time, we need to invest in infrastructure projects to enhance special-interest tourism.

Marinas aim for nautical tourism and we already have a marina in Limassol, and we are about to inaugurate one in Ayia Napa, and we are now launching a project for one in Paralimni.

We also want to build golf courses to help us expand the golfing-tourism industry.

Certainly, the integrated casino resort will help as well. If you look at the European market you will see that it is all small-type multiple casinos.

So you have casinos in every city. We want to differentiate ourselves from that, because we do not want to target and introduce gambling into Cyprus; we want to use it as a mechanism to attract more tourists.

So we passed a legislation for a 30-year license, with 15-years’ exclusivity, and that will hopefully attract major operators to make a significant investment in an integrated type of resort, out of which the gambling will be a small portion of the entertainment.

We want to create what we hope will be a landmark not only for Cyprus, but for the region as well. We have had several discussions with interested operators, and some are very large groups.

Cyprus has made important progress in terms of regional cooperation on the energy sector. In terms of energy investments, there is an intention to shift from exploration to exploitation of the resources. How is this progressing?

We are now focusing on two things in the energy sector. The first one is further exploration work, which is continuous and ongoing, and the second one is going ahead with the exploitation of the discovery we have already made.

It is called the ‘Aphrodite discovery’, which holds what we estimate to be about 4.5 trillion cubic feet (TCF) of natural gas.

To put this number into perspective, Cyprus needs about 0.5 TCF to cover its own needs for about 25 years. So most of the gas will be for export.

As you mentioned, we have deep positive relations with our neighbors, primarily in order to create a very transparent, predictable and safe investment environment for foreign companies to come and invest in the supporting infrastructure we will need to realize our energy potential.

We believe we have come a long way with our neighbors, and the proof is within the agreements, memoranda of cooperation, and high-level discussions.

What happens next? Only recently, at the beginning of June, the consortium of Block 12 – the companies that discovered Aphrodite – have declared commerciality.

This means that there are now recoverable reserves, potential customers, and methods for extraction and transportation of the resources.

A number of the conditions have already been met, and we are working to make them even more specific.

A few days after the declaration of commerciality, the field development and production plan was submitted, which we are evaluating.

The next important milestone is the commercial agreements, and discussions are going on as we speak with potential buyers.

From there on we can align sellers, buyers and financiers for the expensive infrastructure that will be required.

The European Commission approved a project of common interest that will release €2 million funding for the engineering designs for a pipeline that will connect Israel, Cyprus and Greece.

The base scenario is to sell to regional markets, which appear to have a lot of demand. Jordan, Egypt, Cyprus are the three main candidates.

With the upcoming October Trade Mission to London, energy will be a major discussion point. What would you like to see come out of this event?

If you look at the developments around the region, you have offshore exploration, discoveries in Israel, discoveries in Cyprus, Egypt is back on track with the widening and the deepening of the Suez Canal.

Cyprus is the first reference point that you find as soon as you come out of the Suez Canal. We are talking about a strategic geographic location.

Widening and deepening the Suez Canal means more traffic and we already have a significant investment for liquid fuels in Cyprus; VTTV, which is consortium that has invested €250 million that is specifically directed at facilitating trade of liquid fuel.

We are trying to do more and plenty of international investors are interested in what is going on here.

I believe we have a good story to tell, whether it be in the energy business, or whether it is Cyprus’ geo-political role; let us not forget the country has excellent relations with its neighbors in an otherwise turbulent region.

Relations with the UK are strengthening, particularly in the cultural, political, and economic spheres. What is your main message to UK investors?

First of all, our relations are stronger than they have been in a long time. We have received plenty of technical support from the UK on the number of structural reforms that we have undertaken, for example, our Companies’ Registrar.

They have been helping us with our processes, our procedures, and our technological upgrades in order to ensure the Registrar of Companies becomes the mirror the economy.

My message to UK investors is to look carefully into what we are doing here in Cyprus. We have addressed major challenges in the past three years, and we are now clearing the grounds and moving up.

We are staying focused and we are trying to make Cyprus more the most business friendly environment possible, whether it is for setting up a business – where we have cut the time down from three weeks to three days – or by having a more predictable tax regime.

The recent crisis led to significant damage to the Cyprus brand, however, the crisis in many ways has acted as a catalyst for rebuilding the foundations of Cyprus in a more efficient and business friendly way. What is your perspective on the Cyprus brand?

What happened in 2013 damaged, above all, our reputation. It was not so much the fact that we took the company’s tax from 10% to 12.5%, it was the fact that it actually happened.

It caused a lot of damage to our reputation, because one could say, ‘If you did it once, you can do it again’. So we had to work really hard, and we still are, to regain that credibility.

With regards to branding itself, it depends on the angle you are looking it from. As I mentioned, in the case of tourism we are about to start a consulting engagement to answer precisely that question: what is Cyprus?

How do you brand it? How does the country differentiate from other destinations that also sell the ‘sun and sea’ concept?

We are going to have to re-position the country regarding tourism and in general as well. It is critical for investors to know our competitive advantages as a country, be it geography, be it political system, or be it relationships in the region.

We need to position ourselves as a place where you can do business not only limited to Cyprus, but with many other destinations as well.

We aim to communicate that we are predictable, transparent and certainly business friendly. Investors will come here and they will invest their money, and make an appropriate return.