‘Endless investment opportunity: that is what we offer’ 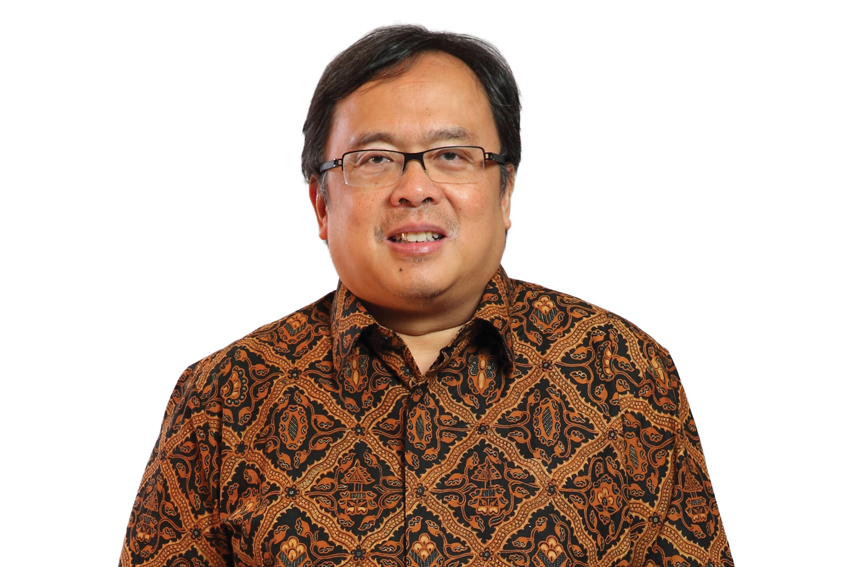 Recently there have been a number of key victories for the government with the approval of a new budget, as well as the tax amnesty law. What impact do you anticipate this will have on Indonesia’s economic outlook for 2016?

Basically we are still pushing through this global economic slowdown, as well as a domestic economic slowdown. It is challenging to find new sources of growth, especially after the collapse of the commodity price, as well as weakening global demand. On top of this, we have had increased market volatility as a result of Brexit. Within this weak and uncertain position globally, Indonesia needs to find alternative growth and of course, there are sectors like manufacturing that we can capitalize on to create higher growth. We also have huge potential in the tourism and maritime industry; however these industries will need some time to properly develop.

In the meantime, we need capital inflow yesterday, not even today. To get capital inflow is far from easy because the traditional investors to Indonesia in mining and oil and gas have their own problems to deal with after the end to the commodities boom. This means that capital inflow will be limited in the economy, for example in the financial sector, with the end of the US QE (quantative easing) program, it is clear that there is no longer a global stimulus. This has resulted in a trend of liquidity leaving emerging markets and returning to advanced markets.

However, there are many individuals and companies in Indonesia that have vast fortunes in assets and banks abroad, even though the income or revenue was from Indonesia. This has resulted in limited liquidity domestically, and if we want higher growth we need that capital back in the economy. From our point of view, to bring back the Indonesian money from overseas, we cannot force them to bring the money back, because of legal limitations in Indonesia. We need to persuade them, which means giving an incentive, which in our case is the tax amnesty. With the tax amnesty, companies and individuals will repatriate or bring capital back to Indonesia, or declare the unrecorded asset to the Indonesian tax authority.

The Government has gone beyond the tax amnesty in terms of new legislation, with the announcement of 12 economic policy packages that will be improving the ease of doing business. However, after the ratings upgrade disappointment from S&P, Indonesia still seems to be lacking recognition of this positive change on the international stage. How will the 12 economic policy packages impact the business environment in Indonesia?

Regarding the decision by S&P, it is clear they are way behind the curve. When they made the decision to announce that our position had not changed, we were just getting ready to issue our Euro Bond. However, it is clear that investors no longer really care about S&P when it comes to Indonesia, because our Euro Bond was still investment grade and the yield is also investment grade. As a result it was oversubscribed by four times and in the end we were able to upsize it from €2 billion last year to €3 billion this year. It is clear that the latest rating decision does not affect our economy at all.

With regards to the packages, we are trying to show the external world that Indonesia is serious about taking care of investors and the business environment. We are serious about any complaints from the private sector and we want to ensure that our reforms improve the ease of doing business both internally and externally. Of course we cannot expect the investment to be coming in the same day that we make the reform announcement, these things take time. It takes time to convince people that Indonesia has changed. We need to do more than just talk about it; there needs to be proof.

This government is trying to finish unfinished business because there are many projects that have been stopped for quite some time, and now we have reactivated these projects and we are completing these projects.

What would you like to see Indonesia take away from the WIEF?

The WIEF has been hosted all over the world, including once in London. I think WIEF is really about how we can take the opportunities the Muslim world offers from both the financial and non-financial sector. We need to broaden our relationship with other Muslim countries. If you look at the export destinations of Indonesia, apart from Malaysia, there are no Muslim countries in the top 10. This is despite Indonesia having the largest Muslim population in the world.

We have not taken advantage of that position and we do not have close ties to other Muslim countries and especially the Middle East. We are also not very aggressive in the Islamic related market. With WIEF it is time for Indonesia to show our identity in the community of Muslim countries, and secondly we need to capitalize on the potential of the Islamic economy. This was my thinking in hosting the WIEF in Indonesia, and originally we wanted to host it back to back with the Islamic Development Bank annual meeting in May.

The idea behind both events is trying to promote Indonesia to the Muslim community, sending a message that Indonesia is a reliable economy with a lot of potential. Beyond this, Indonesia is even now in a position to invest in other countries, so it is not just about FDI (foreign direct investment). We are honored to be hosting the WIEF this year; it is expanding every year and it will eventually be competing for a position not so different from the World Economic Forum in Davos.

Part of this year’s theme for the WIEF is about empowering SMEs. How can Islamic finance improve inclusiveness in the economy?

In trying to develop our Islamic economy our preference is to specialize in Islamic finance that is more inclusive. We want to focus on things like Islamic microfinance. This is where we really could excel internationally; we could become an example for the rest of the world.

Islamic finance also presents opportunities in things like infrastructure financing through sukuk. Is that something that Indonesia is taking advantage of?

Our sukuk now has already been upgraded into a sukuk project, meaning that there is a special sukuk which has been issued by the government specifically for project financing, toll roads, airports, transmission, etc. The idea is to have Islamic finance really push itself and meet the market and we will try and support that from the government side in terms of development.

Where do you see the greatest opportunities for development of halal or “Muslim-friendly” industries?

I think in Indonesia, there are great opportunities in halal tourism, or as we prefer to call it, Muslim-friendly tourism. I think fostering this Muslim-friendly tourism should be a number one priority. As I mentioned before, our relationship has not been strong enough with other Muslim countries and this needs to change.

We are making these changes, and if we take Lombok as an example, they are going to make a resort area like the one in Bali; the only difference will be that the area will be designated as a Muslim-friendly tourism zone. So the hotels will not sell liquor and the cuisine will be halal. We are way below our potential, and we will really be looking to boost this side of things.

Beyond tourism, I think Muslim fashion is a sector that will be increasingly important. There is already a really huge market for it and it will be the focus of one of our sessions here at the WIEF. We hope that business people will see what Indonesia has to offer for them and take these opportunities.

How would you describe Indonesia’s brand to investors?

Any company or investor will do well here and to describe our brand in a few words, I would say, ‘endless investment opportunity’. That is what we offer.