Peru LNG is a clear example of how large-scale investments can be carried out in the country, on time and on budget, maximizing the pro-business environment the country has to offer and hand in hand with the government. General Manager Igor Salazar Zanelli takes a look at Peru’s energy sector, the current push to expand gas use—particularly LNG–throughout the country, and the positive role the government is playing as a facilitator of business and industry. 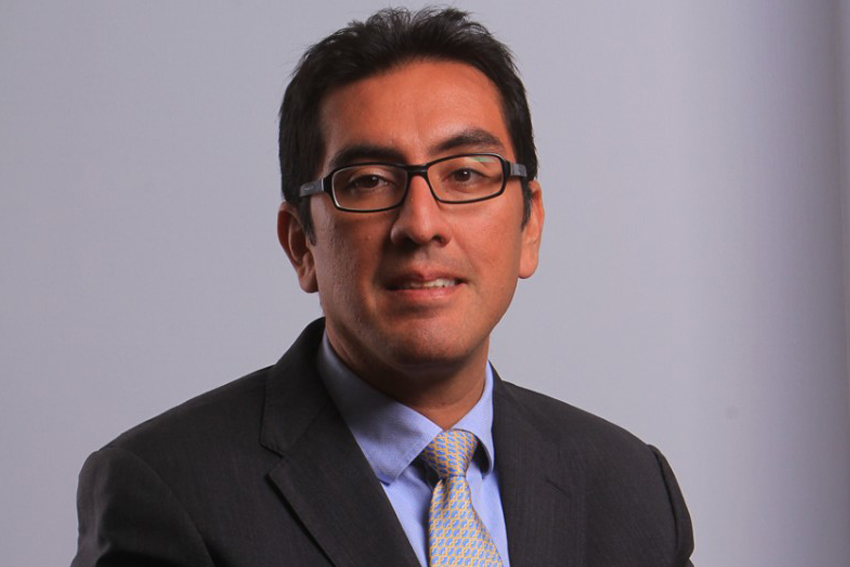 One of President Pedro Pablo Kuczynski’s key campaigning points was restarting major investment projects that have stalled, many of which affect Peru’s energy sector. How do you react to the Executive’s proposals to restart projects that are key to the country’s growth?

Overall, there is a climate of expectation and optimism. We are currently raising public awareness about those projects whose restart must be prioritized. This is what the people have been waiting for. Many projects had been contingent on the elections last year, meaning that the form of their restart had not been able to be addressed as is proposed now.

Accordingly, the first step in the restart process is that Pedro Pablo Kuczynski’s assumption of the Presidency is making many investors review and reevaluate major projects that have been key to development in recent years, and this will go hand-in-hand with some concrete measures which are already being outlined by the Executive.

In a second stage, we expect a prioritization of support for socio-environmental projects in such a way that it is not only the company that appears before the local communities, but also the state, with a view to finding a consensus between all parties in order to make the key projects viable. In conclusion, yes, we have welcomed the initiatives presented with some degree of expectation.

How can Peru revitalize its energy sector and turn itself into a provider of energy to countries in the region? What do you see as the main challenges in this sense?

For the hydrocarbon sector, the main problem that we have is that the investments that should be being made in exploration are not being made. If exploration is encouraged, it will greatly consolidate the local market supply; and we would be able to see the best way to shift surpluses through export or other types of local usage. So it is going to be very important that over the upcoming months Perupetro, the agency responsible for promoting exploration, takes measures and analyzes what neighboring countries such as Colombia and Mexico are doing to attract capital, and how Peru can make itself attractive to promote investment in exploration. Once we count with the resources, we will be able to see how much should go to the domestic market and how much for export.

At least in hydrocarbons, what was not done over recent years was to explore to the right levels to create the necessary reserves, whether due to social issues, competitiveness, or for a fall in prices. Now that the price per barrel is more stable, we expect more projects to become profitable and more opportunities will be available.

Evaluating how the new government can attract this investment is going to be critical, because the exploration phase needs risk capital. Through the impulse that would be given to exploration projects, we would see an increase in competitiveness and, with it, growth in the hydrocarbon sector over the coming years.

How can the energy sector’s contribution to regional social and economic development be maximized from an international forum such as APEC, which was held in Peru in November?

First of all, APEC is a forum of the principal Asia-Pacific economies, which are the principal consumers of energy in the world. We are talking about the most dynamic markets in the Asian and American continents. At the sector level, it is an important space to understand the future trends in consumption, whether they are trending towards renewable energies, or whether there is still going be a strong push towards non-renewable energies, such as natural gas. The evaluation of global trends in future energy consumption is something that interests us much as an industry.

A second component, at the national level, is that belonging to APEC gives us an advantage in terms of visibility: that the benefits of our economy and the favorable conditions for investment in Peru are known. It is, in a way, a great platform to promote investment in the country.

Finally, concerning our particular interests, three of the four Peru LNG shareholders come from APEC countries. They keep track of what happens in the forum because it is a good way to analyze the flow of investment between the countries that make up APEC, an aspect that is in constant growth.

What are your expectations in terms of the plan to expand natural gas use in the country, what opportunities are there and how can the plan be realized?

An important issue that we are seeing at the moment in Kuczynski’s government is that it supports the expansion of the use of natural gas in the country. The previous government started the process and there is a very strong commitment on the part of this government to continue these efforts so that we see a presence of the state in this issue.

It is highly positive. An example of this is the restart of the Southern Gas Pipeline in Peru, one of the mega-projects emblematic of those which are being talked about so much, and it contributes enormously to the massive arrival of gas in the southern region of the country.

For our part, in terms of Peru LNG, we are continuing to support this national plan and we are planning accordingly to start operating our LNG truck-loading facility in March 2017 to contribute to its widespread growth.

The hydrocarbon sector is one of the most sensitive in terms of public opinion because of its potential impact on the environment. What does Peru LNG do to reduce the environmental impact of its work?

Peru LNG works under the umbrella of an Environmental Impact Study which was approved by the Peruvian government and with World Bank standards. These are quite high standards and we strongly comply with these conditions. Another aspect is that we have a biodiversity monitoring system run in association with the Smithsonian Institute from Washington. Its purpose is to monitor all the biodiversity that exists along the 408km (253 miles) of our pipeline, and we are constantly evaluating what the best way to reduce its impact on its surroundings could be. This measure has worked very well for us, and, most importantly, it has created confidence, transparency and harmonious coexistence between all the stakeholders, because, of course, we do not handle the monitoring directly, that is the Smithsonian’s job.

What message of confidence would you send to an international investor wanting to invest in Peru, and how would you like Peru LNG to be seen?

Peru LNG has been a clear example of how large-scale investments can be carried out in the country. This was a project of nearly $4 billion that was carried out on time and on budget; the country gave all the necessary conditions for success with the government’s help. The idea is that major investments similar to Peru LNG exist in the country and that what we are returning to, particularly with the new government, is that the Peruvian state works hand in hand with this kind of investment, encouraging them and protecting them. The role of the state as facilitator, both for the investor and for the community, is essential if it is want to make projections for sustainable growth. What fills us with optimism, in this sense, is being able to see how the new administration is granting the importance it has and understanding what the real role of the state is.