Turkey’s visitor numbers may be down on last year, but Chairman of Turkey’s Sura Hotels Ibrahim Kaygisiz explains why its resilient tourism sector will withstand external pressures and where there is room for expansion in the industry. 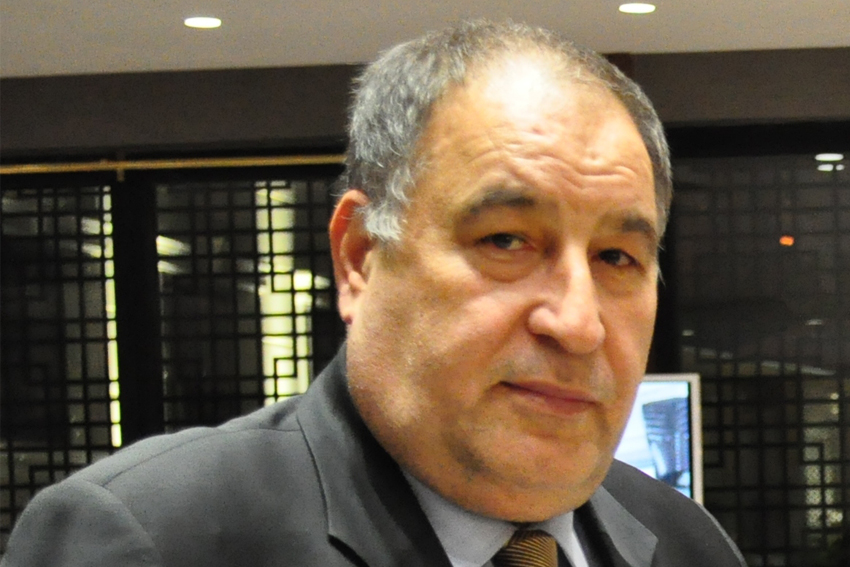 After December you can go to many locations, such as Cappadocia. Then you have the underground cities, the first places for the Christians. Places like Izmir. It’s a very historical section of the city. In the history of religion all over the world, if you consider where the prophets were born, and where the holy groups arrived, you will see this part of the world. All these are factors.

Another thing is the food, which is another factor. The diversity in the kitchen. We have different food cultures: Romans, Greeks, Macedonian, and you cannot find them anywhere else. For me this is one of the key factors. Most of the culture in Anatolia implies welcoming people, accommodating them well. You have to make them eat a lot. We have lot of guests coming and going. All these are advantages of tourism for Turkey. Now we have more modern and better facilities, compared with neighboring countries. All the facilities in the other competitors’ countries are retiring now. Compared with Greece or Spain, our prices are really cheaper.

This year the numbers are down 13% on last year. What are your expectations for recovery?

Three months ago I met the Prime Minister and had a discussion on this; we already knew that it was going down. The problem was in the geography of Russia, Ukraine and Croatia. The problem arose there but it didn’t remain there. The entire economic crisis that happened in countries near Turkey affected us in a way. The internal war happened in Greece also affected us. They knew what was going to happen, they were expecting it. In consideration of that, 13% is good. One thing is what we should do, and another is what we shouldn’t.

Since our hotels are very new, it seems that Sura is the newest and youngest company in the tourism market. When I was 16, I established an atelier in Anatolia. During the 70s, I was making silver jewelry. At that time, tourism in Turkey was only for two and a half months. I started to sell the jewelry in Anatolia, on the Adriatic Coast, and then Cappadocia. So I grew up in the tourism sector, as a tourist. I had the chance of watching how tourism is done in Turkey. The duration started to be longer, like three months, four months. From then up to know, there have been a lot of political things such as wars, revolutions, terrorism and everything. I had the chance of seeing what to make better, after being worse. My hotels are new but, in the past, we have been in that situation many times, not only in tourism, but in other markets too. It’s better to keep the hard work, and the quality, to stay strong. I have been to 60 countries watching what the tourist wants. I’ve been observing a lot. Tourists must be happy when they arrive at their hotels. When we are building a hotel, we think about “how to make these people happy”. If you can make the visitor happy, you don’t have to do much. All the economic, political crises are not a big problem.

You’ve been in the entrance of this hotel; it’s a designer hotel. Everything made there is unique, especially made for the hotel. Unique service and a unique place make you feel unique and happy. It’s the only five-star hotel here, the Sura Hagia Sophia Hotel. I had a special concept in mind; it’s not a standard five-star hotel, but a boutique five-star hotel. Standard hotels can be found everywhere. We try to make visitors feel like they are at home. We know what kind of pillow they like to use before they arrive. This is only one example. We are in contact with visitors 24 hours a day: before they arrive, while they are here and after they leave. We know what they want to do while they are here, where they want to stay. We make sure they are safe in the city. There will always be political and economic crises, but I consider Sura as one of the companies that will get the least impact from them. The Tourism Minister of Turkey offered me a job 25 years ago and I declined it. I’m one of the best experts in tourism. It’s too hard that the tourism market be harmed. The tourism sector doesn’t like the smell of fights and war. Tourism is fragile. The most sensitive market in the world is tourism. You must have a 360-degree perspective if you want to stand out in the market. You can be successful if you have the perspective, that’s why Sura is successful.

Do you think it’s high time to now promote Turkey, especially with some of the international headlines at the moment?

For me there is no right or wrong time. It should go on all the time. I consider the budget as low. It should be like $1 billion or more. Since tourism goes on 365 days a year, the promotion should never stop. It should be ongoing. A lot of Chinese and Japanese are coming, and they don’t come here in summer. They like to come more when it’s snowing, mostly to Cappadocia. We should spread the promotion equally. We shouldn’t work only for summer, since we are not only a summer tourism country. Football teams come to Anatolia in winter. All the hotels are full, and nobody knows that. In the football season’s break, many people come to Anatolia for holidays. There must be promotional work to announce this. There should be more congress tourism. It depends on the facilities. There needs to be better congress facilities in the bigger cities. This should be spread 12 months of the year.

What percentage of Sura is directed to MICE and business tourism?

Companies from other countries come for the accommodation and to have breakfast and meetings. Our hotels have meeting rooms. They usually come, they look glad. Afterwards they usually come back. In the business world they always set the same dates, so they always come back.

Where are Sura Hotels’ guests coming from?

There are lots of luxury hotels in Istanbul. We spoke about the advantages of Sura. How do you take Sura to the world and let people know about Sura?

Location. One of my friend’s mothers is one of the most famous artists. She is a British woman, a puppet artist, who lives in the US. She told me that our advantages are location, location and location. She travels a lot; she came for three days and decided to stay longer. Being trustful is another important factor. Important people from governments of other countries are coming. I’m personally at the table when they come. It’s important to be friendly and trustful. We work to everybody feels like they are at home.

What are your plans for expanding the brand either nationally or internationally?

I’m turning all the buildings into hotels. They were all dust from the Ottoman Empire. If we find the building’s history here or in another country, you will find that it has a past. My aim is to have 1,000 rooms across all the hotels. You can make 1 million rooms in other countries, but it’s difficult to make 1,000 here. It’s like a special area under protection. I’m looking for locations in Istanbul, but I’m also considering locations in other countries: Moscow, Balkan countries, US-Miami, Florida. It’s easy to launch a hotel, but the important part is the rest of it.

What was your motivation to enter into this business?

We had a lot of guests from other countries. We used to work with models due to the jewelry. In this area you would find very bad hotels, so guests used to complain a lot about it. We decided to make a home to accommodate them, like a pension; the plan was not a hotel. Then I wanted to make it perfect so I made the hotel. I wanted to make a difference in the area. I wanted to show the mark of the group. I’m a perfectionist.

What would be your message to any tourists in doubt as to whether to come here?

Do not hesitate in coming here. You can walk in the middle of the night in your countries, but not as safely as in Istanbul. Istanbul is one of the safest cities in the world. You should bring your bucket list. It’s a must. Churchill said, “If there were to be a capital of the world that would be Turkey”. Each road leads to Rome. Istanbul is mystique. You can find an old city here, and next to it a modern one.