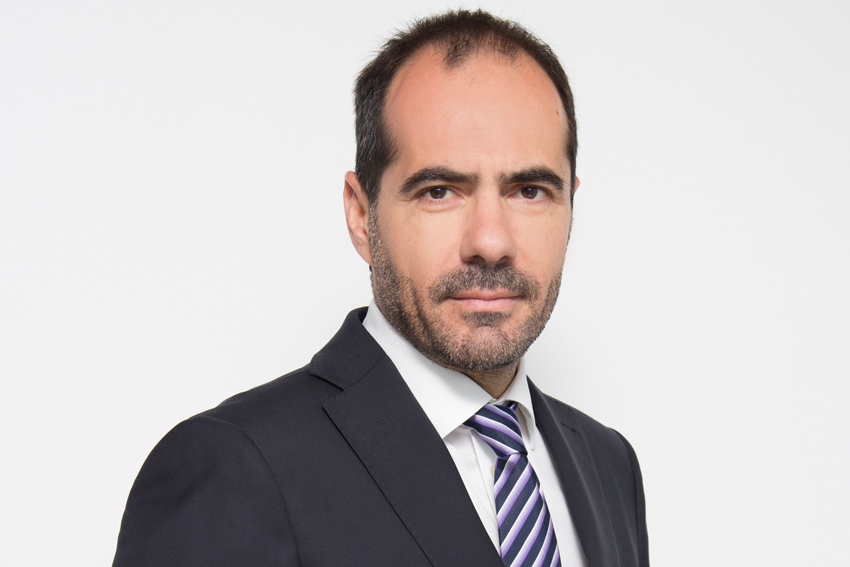 Shipping is known to be a cyclical industry, and in recent times there has been a real decline after the 2008 global financial crisis. How did this decline affect Columbia’s operations?

The events back in 2008 and 2009 with Lehman Brothers, the financial crisis, and so on, contributed to a long negative cycle. In this sense, there was a shipping crisis which had been worsened by a financial crisis as well. This caused not only an imbalance between vessel supply and demand, but also an imbalance between financing opportunities and the ships in the markets. There was not enough cargo or trade, and there were too many ships.

We have reached a point today where some sectors are doing better than others, but nothing compared to what was going on during the good days back in 2006, 2007 and 2008. So the shipowners are adjusting to either negative stable returns or just moving the business forward without returns.

Our role during the last years was mainly to support our clients through the crisis. You do that by building up relationships, making sure that you understand the needs of the clients, and you help them through the tough days, hoping that on the good days you will gain more business and that the company will grow.

Some of our interviewees have mentioned the resilience of shipping and ship management through Cyprus’ financial crisis. What do you perceive as the contribution of ship management to Cyprus?

Ship management and shipping overall in Cyprus is an industry that has historically helped growth. Since the first shipping companies were founded, we have received the support of successive governments, so that the markets grew, and at the same time the companies on the island are very solid.

To develop our industry further and create a mutually beneficial relationship, moving forward we need to grow the market, and even though we are supported by the government very much, there are still more things we could do. We need to improve the legal framework and the tax system even further; for example, expatriates living in Cyprus who bring certain expertise need to be encouraged to come and work on the island.

There has been plenty of good news for Cyprus’ shipping recently with the widening of the Suez Canal and the port commercialization. What sort of potential do you see for Cyprus as a shipping hub?

Cyprus is located in an area of strategic importance, being the crossroads of Europe, Asia, the Middle East and Africa. Unfortunately, we are influenced by political events in the region, and historically, this has been a very unstable part of the world. Whether we like it or not, it is a fact.

I believe there is a positive increase in the importance of Cyprus and its shipping potential. The port privatization project will bring some more business, local and international. We are also optimistic with the potential of the offshore gas opportunities south of Cyprus.

Although we may not reach the levels of traffic and importance of Athens, Piraeus, Malta, Barcelona, and Marseilles, there is much room for growth.

In terms of ship management itself, you mentioned you make money regardless of whether there is trade or not. Where do you see areas for future growth in a tough global environment?

Columbia started in Cyprus 37 years ago, in 1978, and since then we have set up ship management offices in Asia, Germany and Greece. Our network of owned manning agencies includes more than 15 offices worldwide, mainly across former Soviet Union countries and Asia. If one looks at the economic activity worldwide, there is a clear move towards Asia, whereas Europe is declining. This affects trade, and of course it affects our business. In terms of ship management, these results to more shipowners based in Asia and fewer shipowners based in Europe.

This has had an impact on Columbia as well. We have lost business out of Europe and we have gained business out of Asia. Therefore, as the market grows significantly in Asia, we shall be competing there. We are currently managing 375 ships and in our offices in Asia they now manage around 50 ships, and there is increasing demand there.

In ship management, an industry in Cyprus run predominantly by Germans, how has your experience been as a Cypriot managing director? What would you tell younger Cypriots wanting to move into the industry?

I started in the company 19 years ago. It was my first job and I still enjoy the excitement of shipping on a daily basis. I would simply encourage the younger generation to work for ship management and ship-owning companies based in Cyprus as this enables them to work in an industry that is international, it changes continuously, and provides challenges and career development which are unique.

In 2013, the image of Cyprus suffered abroad, and it has evolved as a result. Where do you see the Cyprus brand now?

I had a job assigned in Hamburg in 2006, and came back six years later. Hamburg is an amazing city, with a high standard of living that I enjoyed every day.

When I came back to live in Limassol, I was impressed with the changes we had made in the city. We are lucky to work in an international environment that provides an extensive shipping network supported by high quality professional services and an ideal tax scheme for shipping companies. At the same time this is place where others go on holiday. I am not saying it is the best place someone can live in, but it is really nice and the people who come to visit or work temporarily on the island don’t want to leave.

How is this image being communicated? I think it is really hard to compete on a worldwide scale and convey how welcoming Cyprus is and convince investors to come and invest on the island.

Looking at a wider perspective, the way Cyprus economy gradually recovered since 2013 provides an assurance of the trust of the investors on the island. Despite the crisis we are already forecasting growth and certain areas like shipping are doing well. What we still need to do is continue to work hard promoting the island internationally amongst our friends and business partners. Supported by the efforts of the government I’m very optimistic of the future growth and promotion of the island as a maritime hub.