The Kingdom of Bahrain and United Kingdom are celebrating the 200th anniversary of close relationships and friendship in 2016. The two countries share a long and special history and the relations span a huge array of shared interests that benefit both countries and their peoples. This bicentenary offers an excellent opportunity to celebrate and to develop further on these partnerships, as the UK’s Ambassador to Bahrain explains. 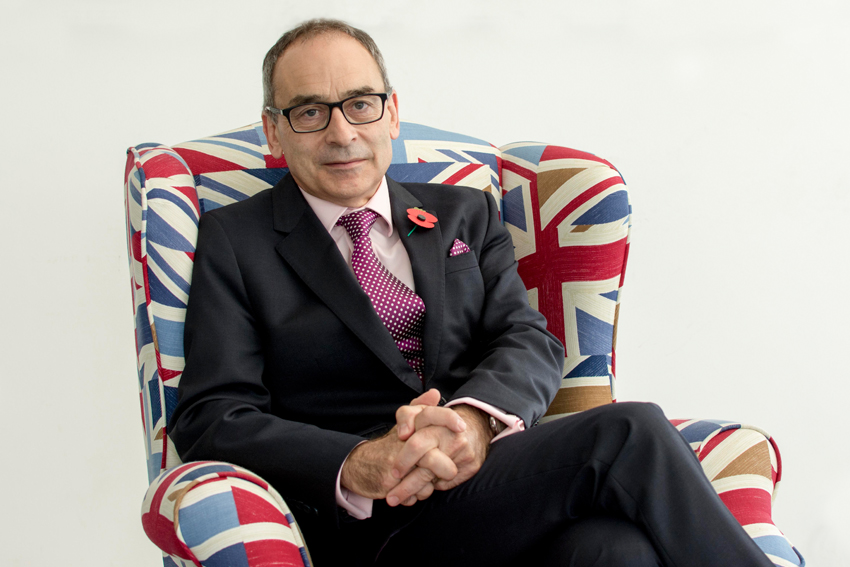 SIMON MARTIN CMG | UK AMBASSADOR TO THE KINGDOM OF BAHRAIN

How is the UK playing an active role to assist economic diversification in the region?

The United Kingdom has a long history of diversifying its economy. This started in the 16th and 17th centuries, when the UK was one of the world’s foremost trading nations, and continued into the 19th century, when the country was a key component of the world’s industrial output. Currently the UK is a global leader in finance and technology. Over the years, the robustness of the British economy has led to considerable foreign investment and prompted many foreign companies to relocate to the country. It has also led to a number of large multinational companies merging with or acquiring British companies. The UK is one of the few nations in the world that has the capability to compete with global players in some leading high-tech sectors, including e-commerce and telecommunications. The United Kingdom is also home to some of the world's largest banking and financial service firms. Agriculture in the United Kingdom remains strong and British farmers are some of the most productive in Europe.

Bearing this in mind there is a lot that can be learnt from the UK’s past experience. We have been able to offer advice on what we have learned over time and therefore there are many British experts that have been helping to design reforms programs for the local government. Economic diversification in Bahrain, in some ways, is more advanced than others in the region. In Bahrain, oil was never such a large part of the economy, which means that a large proportion of GDP growth comes from other sectors. In terms of levels of diversification, Bahrain is well placed as it has achieved development in financial services, manufacturing is strong, and of course tourism is an important part of the base of the economy and remains an area where the government is keen to develop further.

Continuing with a regional overview, how is GCC a priority with Brexit looming in?

There are two aspects to this. First is to emphasize that although we are leaving the European Union (EU), Europe will remain incredibly important to the UK. Second, until negotiations start, there is a limit to what we can say about leaving the EU. Regardless of the situation, the GCC countries have been very important to us for a long time, long before the EU was created. These bilateral relationships are very strong and very deep. For example, not many people realize that the UK’s bilateral trade with the GCC is twice that of our trade with India.

Investment from the GCC countries into the UK is vast. In 2015 the capital investment from Gulf countries was higher than that from China – which means it was the highest in the world. It is evident that this partnership is already very important to us, and we are keen to keep developing our relationship with the Gulf countries in many ways, including trade and investment. Since our relationship with GCC countries is a bilateral one – and not managed through the structures of the EU – there is massive enthusiasm, here in Bahrain and wider in the Gulf, for us to use this opportunity.

In regard to inward investment, the UK is a considerable beneficiary of Gulf investment, with a recent report claiming that the Gulf states control more than $208 billion in UK investments. How will the UK remain a significant investment destination after Brexit?

Everybody is dealing with the uncertainty that followed the referendum vote because it is unknown territory. We realized that we have to overcome this uncertainty as quickly as we can.

I am glad to say that there is no shortage of interest at the moment. It is hard to overstate the level of investment in the London property market by Bahraini investors, both private as well as institutional. But we are aware of recent investments into companies like Envirogen in the UK, and successful Bahraini ownership in companies like McLaren.

We are determined that London remains the leading financial center globally. It is clear that Bahraini businesses do realize the importance of the UK. If the confidence in London as the hub of Gulf business in Europe was not so strong, we would be seeing people looking to take the opportunity to move elsewhere. But we are seeing quite the opposite.

The 200th Year Anniversary celebration of friendship between the two kingdoms and the Prince of Wales’ visit in November shed a new light on strengthening bilateral ties and providing new opportunities to increase trade and co-operation in the region. To what extend does the strong friendship between the two royal families signify the strength of Bahrain-UK relationship?

It’s an opportunity for both to celebrate and reinforce the extraordinary depth and diversity of the relationship. It’s not just about business. We have about 10,000 British residents here, which is by far the largest Western expatriate community. Many of the British people in Bahrain have lived here for decades, with their children brought up and educated here, and therefore the British community is woven into the fabric of Bahrain.

Many Bahrainis have been to the UK to study and work, and some see the UK as their second home. The latest figures that we have show there are around 14,000 Bahraini students in UK universities at the moment. I calculated that roughly 1 in 500 of the entire Bahraini population are currently at university in the UK, which is an extraordinary figure. We intend to do more. We have representatives of 25 universities who are participating in our education fairs where parents and students can come and see what is being offered by British universities.

Our objective in 2016 was to celebrate the 200th anniversary of UK-Bahrain relations with 200 events. We already had the Shakespeare Globe Theatre here performing Hamlet. We have another Shakespeare company coming next week, West End shows planned, as well as a Bahraini-British jazz singer for example.

On the business side, we have a lot of companies that have been established here for a long time and there are a lot of new companies showing an interest as well. In fact, we have National Express running the local buses in Bahrain. There is also an increasing amount of interest from British companies in the infrastructure and construction sector, which includes the airport, the new rail project that is being planned, and a huge social housing program.

In this regard, I am glad to say that the Prince’s Foundation for Building Community has actually helped in the design of a new town project which is underway in the south of the island. The Prince of Wales believes in the concept of building for communities rather than just housing projects alone, as can be witnessed by Poundbury – a community in Dorset, UK, which the Prince established over 20 years ago. This a clear sign of the value of the relationship between our royal families. It is not just about personal or political relationships. There is direct value to be had from the quality of the ties we have between the royal families since the Prince’s Foundation for Building Community is contributing to changing the way in which public housing is being designed here.

It is also quite interesting that the new mosque in Galali, just on the other side of the airport, has a female designer, which is quite unusual in terms of mosque designs anywhere in the world. She graduated from the Prince’s School of Traditional Art in London, founded by HRH The Prince of Wales, and was also inspired by the Prince of Wales himself when it came to the design.

Tell us about the new Royal Navy facility (HMS Juffair) and the importance it has in bilateral relations?

The Royal Navy support facility, HMS Juffair, is being revived. As a naval facility it’s very important and a concrete sign of the UK’s involvement in the defense and security of the Gulf. We are already the second largest contributor to what is called the coalition military force, and we have substantial naval facilities that already operate in and out of Bahrain.

The new facility will allow us to support those naval forces here in a much more effective way. It will allow us to offer support in terms of engineering and housing personnel. So it is both a commitment and also considerable improvement in the efficiency of what we can offer, even with the same amount of resources.

Over time there will be a greater commitment, including our new aircraft carriers coming into service in a few years time. We are clear that this is a commitment to the Gulf, and is being appreciated by the other Gulf countries as well.

Having such an important anniversary, and key projects like the housing developments, the new naval facilities, what is the key agenda for the Prince of Wales visit in terms of tourism and culture?

The Prince of Wales knows Bahrain extremely well as he has visited here many times. His last visit was in 2014, and before that in 2007, when he made a full-scale visit here. Though they know Bahrain very well, I felt His Royal Highness would love the beautifully restored houses in Muharraq and indeed he will have the opportunity to visit one of those on this occasion.

There is also important environmental work happening there that is not particularly well known. The government is doing important work recognizing that the development of the coastline over the years has taken a toll on the corals particularly, so they are going to start replacing it artificially.

There is also a British company involved in improving water quality. For example, there is a really impressive and very dense mangrove forest completely surrounded by urban development. The project is going to restore some of the original qualities of the bay while creating a leisure facility around it. This is quite an unusual initiative in an urban area in this part of the world, so we are hoping that the Prince of Wales is going to be able to visit it now at the start and then hopefully when he is next here he will be able to see progress.

Finally, I would like to add that the Prince of Wales’ visit pursues our broader strategic relationships with the Gulf countries. His engagements touch on topics from defense to religious tolerance and interfaith dialogue, as well as the empowerment of women at all levels. The Duchess visited some of this nation’s very impressive and powerful women during the course of her stay. I think this is an opportunity for us to highlight the value added in our relationship, as visits like these are an opportunity to draw attention to Bahrain and to its best performing areas. It takes a lot of positive stories to counterattack some of the negatives and I know Bahrain will take full advantage of this high profile visit.