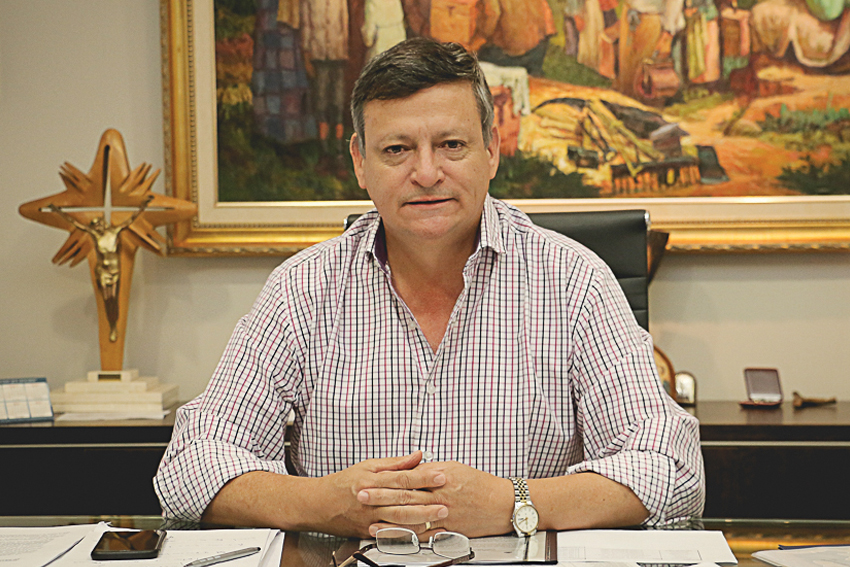 There is currently an encouraging framework towards investment in Argentina: agreements have been reached with the holdouts and this has led to numerous provinces returning to the international credit markets. What is your point of view regarding the arrival of investments to the country’s provinces?

In general, the governors have strongly contributed and supported the solution of the holdouts problem. This was a serious problem that had to be resolved in order for Argentina’s reinsertion back into the world to occur, as well as for the concrete possibility of generating searches for financing to occur for the development and growth of the country.

How will Chaco focus itself in light of foreign investment?

Every public policy that we carry out has the vision of generating opportunities and conditions for companies to grow and to generate jobs. Whoever looks for work will have opportunities and will receive training from the government. We have a human resources structure in place so that companies and workers can find each other.

We have to develop in-origin added value. We are major producers of raw materials but we’re still in the process of incorporating work and added value. We produce cereals, oilseeds and cotton. Our goal is to incorporate added value through an Industrial Parks plan spread out through the province, and transform these raw materials into products that can be sold in the country or abroad, or that can experience a second transformation into protein. We want the production of corn and sorghum to be used to produce balanced feed for cattle, and we’re building and promoting the refrigeration industry towards this end.

We have nearly 200 public works development projects, essentially regarding infrastructure (water, sewer, power, energy, fiber optics, roads). Many of them are being financed by the national and provincial governments, and we’re looking for international financing. Towards this end we have created a liaison office that centralizes all the projects and generates a space where businessmen can get to know the investment, development, and growth projects that Chaco has.

We’ve also placed tourism as an essential axis as part of three fundamental axes, what we call the “secrets” of Argentina. In the first place, we have the Paraná River wetlands where we can find an island called El Cerrito that has a biodiversity related to humidity that allows for fishing there.

In addition to in-origin added value and tourism, there’s also another axis, which is biotechnology. We have a technological center located in Resistencia, and we want to develop a technological hub; the internationally known Argentinean firm of Globant is located in Chaco.

What is the level of human resources that Chaco contributes?

Chaco has more than 8,000 employees who work in the call centers of several companies that provide international services. We have a Promotion Law so that these companies settle in the province. The first companies to do so did so with plenty of reservations, but their number has grown through the years.

Can you tell us more about the focus in investment sectors besides tourism?

In general, for investments. We want the commitment of investment. For example, there’s a Brazilian company that’s the largest denim manufacturer in Argentina. This company manufacturers 60% of all the denim consumed in the country.

Cotton is the province’s main agricultural product. Chaco developed together with this mono-culture, but then the price of cotton fell and it was necessary to start diversifying. Today, cotton is once again depressed. We try to sustain its production because our productive structure is based on cotton: we have cotton gins, spinning mills, fabric companies, and fashion production. For example, Chacú is the program for the development of the clothing industry of the province.

The province has numerous strengths. In the first place, it is a strategic location in terms of the Mercosur and has great accessibility to the Paraná-Paraguay Waterway. We have a port, Barranquera, and we’re building a second port in Las Palmas. In second place, our human resources. And in third place, the promotions that the provincial government offers. We accompany private investments from the government.

For example, investments are being made by Tres Arroyos, and a Russian capital refrigeration center.

You are collaborating with the plastic artist Milo Lockett to promote the Chaco brand.

Milo is one of the faces of Chaco; he works with us as part of the province’s image. We have other emblematic individuals besides Milo, such as comedian Luis Landrisina; race car driver Pato Silva; Betiana Brun and Florencia de la V. are our female faces; Tonolec, a band that blends the music of native peoples with electronic music; and basketball players. The idea is to promote the slogan: “Chaco, the Argentinean secret”.

We’re still developing the products so we haven’t begun to do any international promotions; we’re polishing the diamond. We have $5 million for the El Impenetrable (national park), earmarked for installing inns, camping sites, and trails; this is a 10-year project at least. We want to be part of a tourist corridor that begins in the Iguazú Falls, continues through the Esteros del Iberá, and continues in the El Impenetrable. This is an eco-tourism corridor and we’re looking for financing in order to build three important routes: Route 13, the El Impenetrable route, and the route that provides access to the wetlands.