Going back to growth: The recovery of an efficient public work

The United World team met with Carlos Segnini to discuss the moment the Ministry of Public Works and Transport of Costa Rica is living. He explained the activities’ features, both current and former. He gave his point of view about the necessary reforms that need to be made in order to make the sector more efficient, and explained the reasons why foreign investment is important. Lastly, he talked about his personal goals at the institution’s forefront. 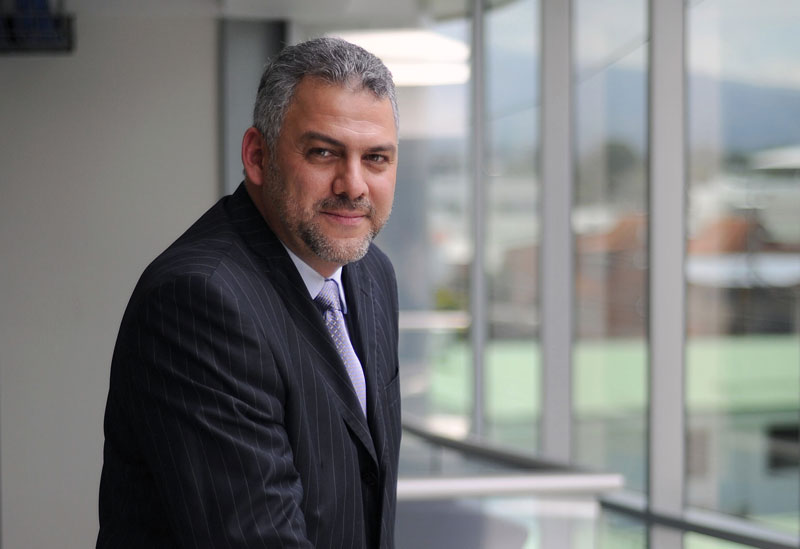 Costa Rica has favourable indexes but they are not accompanied by existing infrastructure. What do you think of this and what is this delay due to?

It is true. Costa Rica has a strong delay in its national road infrastructure. I believe it is due to multiple economic global factors and closed policies that are related to the distribution of public works in the country.

30 or 40 years ago, the Ministry of Public Works and Transport built public works by its own means. From that moment up to now, competition opened to many foreign companies, which is not bad in itself, but it had no positive results here. Works ended up being more expensive, as well as not being finished on time.

Because of that, it has taken us a lot of effort to get back on the track of a proper and efficient operation of public works. On the other hand, the public sector was dismantled of good human resources, and that caused us to be less competitive. Adapting to a system like that in this country, taking into consideration that state intervention was very influential historically, was not easy. Many workers retired and others went into the private sector.

The president mentioned the importance of partnerships between the public and private sector. How are you going to work together in the private sector?

It goes through a legal reengineering of the sector. We want to use the economic and financial figures available to develop great public works. We used to have a concessions system, but because of incorrect planning and slurred sectors, there were concessions being approved that should have never been approved in the first place. That translated directly into negative consequences: works turned out being obsolete, and had to be done again. To make them again, the land had to be expropriated, and these kinds of procedures are slow and inefficient in Costa Rica. Thus, the figure of public works was demonized.

We believe we have to implement the necessary reforms to move to a more flexible scope with figures of public-private partnerships. A country with an economy as small as ours does not have the necessary means to make all of the infrastructure and investments that we need. For that, we plan to use the national budget, debt, trust funds and public-private partnerships.

What is happening with the Caribbean port? There has been a concession, but works have not begun.

Our part is being met at the moment, which is building the entrance road. We will begin with the bridge, and then the paving and widening to four lanes. To begin with construction, we would be missing some environmental requirements that the company must comply with, which means that, as long as there is not ulterior obstacle, the work is being executed.

We need to reinforce and make visible the legal security available for companies in Costa Rica, so that other companies approach us and know that working here is safe. It is true that on more than one occasion we’ve been ferrous in relation to respect for workers’ rights and social security, but that has to do with protecting workers. We will not open our doors to develop investment to the detriment of our citizens. We need to improve our population’s quality of life and not exploit it.

You said, in relation to the roads, that you wanted to democratize the completion of public works. To who are such works open to?

Bids will be open to large private companies. But when I talk about democratizing, I am referring to open economically small bids, so that smaller companies can also develop.

This provokes economic movement and avoids having large private companies subcontract to smaller ones for these kinds of tasks.

What are your personal goals in charge of this institution?

My goal is to restore faith that we can make great public works in my country, that we are capable of efficiently executing our tasks.