Aguascalientes: the hotspot for competitiveness in Mexico

Interview - May 28, 2014
Considered as “the jewel of Mexico”, Aguascalientes holds the highest credit rating in the country and has been named as one of the top 10 states to invest in. Small in size but great in achievements, Aguascalientes innovates , succeeds and leads, under the guiding hand of its governor, Carlos Lozano de la Torre 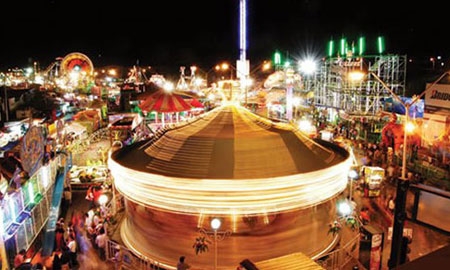 CARLOS LOZANO DE LA TORRE | GOVERNOR OF THE STATE OF AGUASCALIENTES
How is Aguascalientes applying federal policies so successfully?
I'm in the same party as President Peña Nieto, we have a very friendly relationship  and my own approach corresponds very closely to all the structural changes that he is bringing about. The Congress of the State of Aguascalientes has been duly approving and in a timely manner all the reforms that are being carried out. We have just put forward for consideration the electoral reform, while that of the education sector has been approved; we are actually one of the states most in favor of it. Some of the initiatives have been carried through with the participation of all the parties.
Aguascalientes is presented as the model state, in a context where you are president of the National Conference of Governors.
The different regions of the country are very distinct one from the other. Some have great natural resources, others are close to the U.S.  Aguascalientes is a state with no natural resources , but which has converted its weaknesses into strengths. We represent only 0.3 % of the land area of the country and 1.1% of its population. But last year we were the state that grew most, along with Chihuahua. We have the best credit rating in Mexico.

The Financial Times has rated us as among the top five states in which to invest in the Americas, and among the top 10 states in which to invest in the whole world. We have investment from 27 countries, including Japan, Spain and USA.  The multinational companies that have come here are the best in the world. It happens quite often that  American companies bring their full boards of directors here for meetings
Forbes has just published a report which states that Aguascalientes is the jewel of Mexico . It's 46 years since the last strike in this state, we have the best working environment in the country, along with one other state , we are the safest.

There are even foreigners who have businesses in other neighboring places who choose to live here. We have a great infrastructure for foreigners and the best quality of life in Mexico. We took first place in the country in the PISA tests for mathematics. Our public and private education is comparable to that of anywhere in the world.
How can this successful model be replicated so that others can benefit from your good practices?
This is a Mexican model, shared with other states, and we all learn from each other . If someone is doing things well , then it makes sense to take a look at what's being done well and then  replicate it.

Aguascalientes has an open outlook and is always ready to do things better. Even at the time when foreign investment was still not being allowed, foreign companies came here (Texas Instruments, Donaldson , Xerox ) because we managed to get special permits. Today , with free trade agreements, we export from here to over 100 countries.
Texas Instruments, Xerox , these are high-technology and innovative companies, For the Governor of Aguascalientes, what does this mean in terms of training people from the State and equipping them with skills?
Initially, these foreign companies brought managers from their own countries.

Today, they are all managed by Mexicans, and these companies are even sending Mexicans to work in their operations in other countries. I'm referring not only to ordinary workers but also to technicians and engineers. A basic factor that attracts foreign companies to come here is the quality of the workforce , the work environment, safety, and the quality of life that executives can enjoy here. They are paid the same as executives in other parts of the world but here their salary goes twice as far.
The closeness of Mexico to the U.S. and our established manufacturing culture make it easier for companies to compete internationally. Working from Mexico, they can survive in the world market, whereas from elsewhere it's much harder.
For 50 years there have been no labor disputes. How is there this social cohesion between employers and employees?
There were labor problems 100 years ago but people understood then that the worst company is one that has closed its doors. The labor unions and the government agreed a milestone pact. My relationship with the unions is very good, as it is also with business. It is an unwritten law but it is a real deal.
There has been, in the absence of important secondary legislation, some criticism of some of the most important constitutional reforms that have been approved so far.  The reform of the energy sector has been the most controversial.  How will all these reforms contribute to improving the competitiveness of the individual states?
The reforms are going to benefit all the states and all Mexicans.  Today we have a statesman  as our president, not simply a governor.  Mexico is transforming itself in ways that other countries are incapable of doing.  This is going to bring about higher economic growth and promote greater national wellbeing, as well as attract foreign investment.
Aguascalientes wants to be a green state.  How are you working to bring this about?
I have been an environmentalist ever since I was young.  It's a mistake to think that protecting the environment means switching off the economy.  Today there is an environmental economy that some countries are actively encouraging. Firstly, we are going to conserve all our scarce natural resources.  We are replanting forests and taking care of the flora and fauna.  We are also switching all our lamps over to energy-saving models and changing gas heaters over to solar power.

Companies from all over the world are coming here to install solar energy farms and we are the most advanced state in terms of water treatment.
What does the United States mean for Aguascalientes and vice versa?
I was born in the U.S., the son of Mexican parents who had migrated there at that time. I moved to Mexico at the age of five and I still have family in USA . I work near the embassy .

Last week I received a letter from the ambassador, recognizing our management in the areas of both security and education. When I was born, there was no dual citizenship. I had to decide and I decided to be Mexican , but I have remained very close to the U.S. My bicultural roots allow me to work more easily with the American government .
How do you understand the kind of politics now taking place in Mexico and coordinated by President Peña Nieto?
President Peña Nieto is very dedicated, he even sacrificed his popularity so as to push through major changes. Since one always needs other parties, concessions have always to be made to achieve the fundamental objectives. The benefits will be seen sooner than we all imagine. I can already see in my state the confidence that foreign investors have, looking at Mexico , and getting ready to come here.