Building the future for the past 50 years

Yapı Merkezi celebrates its 50th anniversary this year with its position firmly cemented in the internationally recognized ENR list of the world’s top 250 construction firms. Emre Aykar, who has devoted his entire career to the business, explains why Turkish contractors in general, and Yapı Merkezi in particular, are leading the way in helping to tackle the growing global infrastructure gap. 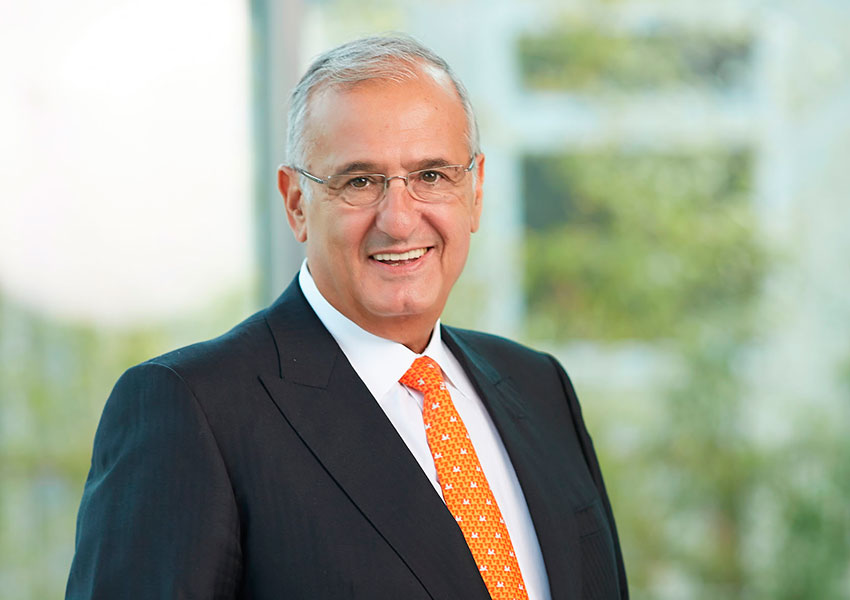 Turkey conducts successful international contracting activity all over the world. Especially after 2002, business outside Turkey boomed for our firms. Prior to this, the average value of new contracts per year was $1.5 billion, and after 2002 it increased to $10 billion, then $20 billion, $25 billion and now we have reached $30 billion in new contracts per year. One of the major reasons for this is the politically strategic location of Turkey. If you fly three hours from Istanbul, you can reach 59 countries with 1.4 billion people and, approximately, $18 trillion of GDP.

You may wonder why we were so successful after 2002. There are four main reasons. One is the location of Turkey. The second is that in Turkey in 2001 and 2002, we had a big financial crisis and there was no construction work at all. So, in order to survive, the Turkish construction companies had to seek business elsewhere. Otherwise, they were destined to die. Thirdly, the economic conditions improved in all markets that we targeted because of better oil prices. This provided a lot of opportunities in North Africa and the Middle East.

Also, between 1985 and 2000, Turkish contractors learned how to undertake big projects in Turkey. We had a successful prime minister in the 1980s, Turgat Özal, who did many revolutionary things. Thanks to him, we built a lot of touristic facilities, highways, power plants and airports. We learned how to manage such projects. For all these reasons, today we have 42 companies in the ENR list of the world’s top 250 construction firms. Of course, this is good, but we should not get carried away as Turkish contractors account for only about 4% of the total worldwide market.

The G20 is aiming to tackle the global gap in infrastructure funding. Speaking last year, Deputy PM Ali Babacan said Turkey itself would need $700 million of infrastructure investment by 2023 to meet its needs. One of the ways Turkey has tried to bridge the gap is through PPPs, notably the build-operate-transfer model. Yapı Merkezi will be using this model for the Eurasia Tunnel. What are your feelings towards the effectiveness of this model for major infrastructure investments, and why did it appeal to Yapı Merkezi for the Eurasia tunnel project?

Of course it is a good model for us, but, at the same time, it is a solution model for the whole world. It is expected that from now until 2030, $57 trillion will be invested in infrastructure all over the world. Governments cannot afford this, so the best solution to finance these projects is the Public-Private Partnership (PPP) model. There are different forms of PPPs. There is a big trend in the world: you pay for what you use – if you do not use something, like a bridge for instance, you do not pay. This user-pay model brings us to PPP. We believe the user-pay principle is a fair principle which should be adopted by everybody.

As PPP is a relatively new model, the legislation for it is not complete anywhere. The UN has seen this problem. Acknowledging that in some countries this model is very well implemented, the UN Economic Commission for Europe (UNECE) in Geneva has decided to establish International PPP Centres of Excellence. They established one in Malaysia for hospitals, which is the field in which that country has had most success in relation to PPP projects. In India, there is one for highways. So, if in any country you want to start a PPP project in a specific field, you go to the centre in the country specialized in that field and you learn everything you need. In Turkey, I believe airports are very successful, so now I am proposing that a Centre of Excellence for airports is established here. With this system, the PPP model will be used more effectively and it is expected that at least 1/3 of the $57 trillion for infrastructure will be found in this way.

The Eurasia Tunnel is a very challenging project, not only because it is a PPP project. There is no such tunnel in the world. Very complex technology is needed to build something so big and under so much pressure. There are 60 meters of water and 50 meters of soil above the tunnel. Yapı Merkezi is currently putting all of its engineering experience and know-how into completing this challenging project successfully.

This year Yapı Merkezi is celebrating its 50th anniversary. The world is very different today than it was 50 years ago, and, as we discussed, there are opportunities for construction companies such as Yapı Merkezi all over the world. What makes Yapı Merkezi standout today as a construction firm in such a globally competitive market?

We have always constructed all types of buildings, but in recent years we have focused on rail systems – both urban and intercity. And, of course, we have accumulated a lot of experience. About 50% of the rail system in Turkey has been built by us. We are careful; we pay attention to quality and technology.

In these 50 years of evolution, what do you think are the values that have underpinned the growth of Yapı Merkezi into the global brand that it is today?

The best way to differentiate yourself from others is to have the know-how, technology and passion necessary to accomplish your projects. In order to win tenders for more projects, we need to have a good name, a good relationship with our clients and, at the same time, we have to be able to compete with other companies. Whenever we face a technical problem, for example, we investigate and study it in order to accumulate knowledge. These principles were present 50 years ago with our founders. That makes us different. In our company we work hard and with passion in order to finish our projects.

Mr. Aykar, we know you have worked for this company all of your professional life…

What do you think the future holds for this company? In 2013 you were ranked as the 159th biggest construction company in the world and last year you moved up to 127th position…

I think next year we will probably be in the top 60. In general, Turkish construction companies are family-owned; approximately 95% of them are family firms. So, their future success depends on the second, third or fourth generation of the family. The companies who have prepared their next generation well have survived and thrived. Our second generation is all top university graduates who have worked with the first generation for 20 or 25 years, so we are very lucky. As our growth has been smooth, I think it is sustainable.

Turkish contractors are competitive generally because most companies are family-owned. So, there is flexible management, quick decisions, and no bureaucracy. Turkish contractors can connect through language and religion with many countries in the wider region. We understand the needs of the people. If a Japanese or Chinese or German company tries to do business in Central Asia or the Middle East, they face many more cultural barriers than we do. Also, we are prepared to go to markets where we face some risk. Not many companies from other countries would do this.