A NEW PHASE IN ARGENTINA
OTHERSAMERICASARGENTINA

Juan Fernando Brügge ruffles his office papers, “I don’t care about being ‘on’ or ‘off’ the record. There is no difference for me as I have nothing to hide.” The freshman congressman of Argentina’s lower house then goes directly into his topics of agenda to advance his key areas of interest. 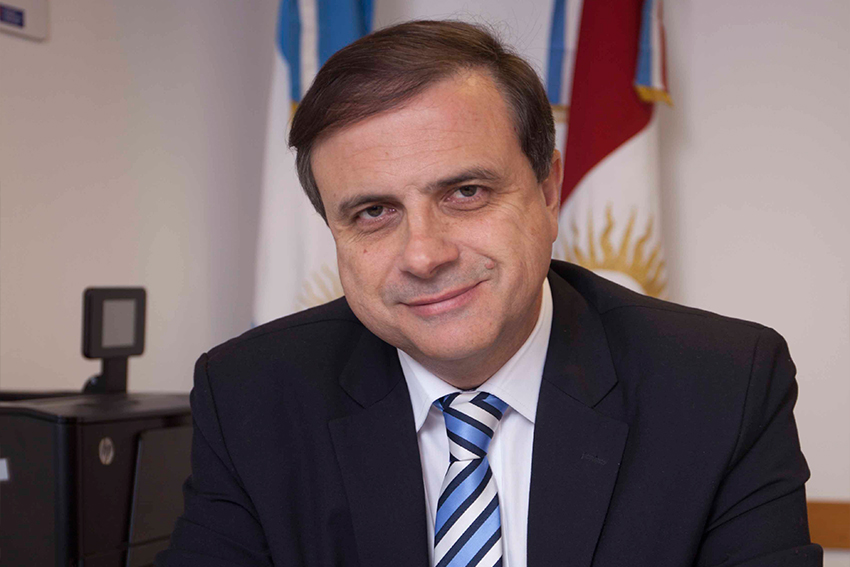 In a country known for demagogues, political strongmen, and even military dictatorships, Argentina today enters into a new phase which even two years ago many would have never thought possible: democracy in action.  The result has been made possible not through principle or good faith but by political reality: President Mauricio Macri’s Cambiemos (Let’s Change) coalition lacks the majority in both houses of Congress and has no choice but to advance its political agenda through compromise and consensus building with the coalition. A stark contrast to the previous administration, where President Cristina Kirchner’s party enjoyed strong majorities in both houses, and advanced and passed many of her laws and budgets with the books closed.

The makeup of Argentina’s political system would make most foreigners scratch their heads.  Without a typical bipartisan system, the Argentine Congress is made up of complex coalitions, and several one-party congressmen who strategically align themselves to larger parties to form stronger blocs.

Congressman Brügge makes up one of those blocs, the Christian Democratic Party. Having long built his career in both executive and legislative positions in his home province of Córdoba, Mr. Brügge now represents the province at the national level, at a time when Argentina debates critical reforms which are not only changing the future for its own citizens but integrating its economy with the global financial community.  Neither a member of the President’s Cambiemos coalition nor the Congressional majority Frente para la Victoria (Victory Front), Congressman Brügge discusses how he advances his agenda.

Argentina passed crucial reforms in 2016 including agreeing with holdout creditors, lowering or eliminating export taxes, and the Public Private Partnership Law.  How has the Chamber of Deputies worked with these reforms?

We have collaborated on all of them, and have actively participated on modifying the executive branch’s proposal to improve the laws.  We focus on the areas where we feel we can plug some holes left by the executive.  For example, in the agreement with the holdouts, we worked in the Chamber of Deputies to ensure that the agreement would have long-term sustainability and that there would be no more legal issues after this one.  We worked with the Ministry of Finance to draft the final proposal.

We made a profound study on the American judicial process to ensure that once we had agreed with the holdout creditors, in American judicial jurisdiction, that we would have a binding agreement and able to borrow internationally again.  We were convinced that Argentina needed to return to the international community and honor our commitments, with the hope of improving our standing in the global financial community in order to lay the bedrock for new foreign investment in our country.  As the loyal opposition, we have collaborated with President Macri with this outlook because we understand that we need to reopen our country’s doors to the world.

What is your outlook on Argentina’s new Public-Private Partnership Law?

I am a staunch defender and promoter of public-private partnership, and I have been involved in this since I have been practicing law in the provinces and municipalities of the country and I must say that it has achieved great results.  At times, the involvement of the private sector can achieve results with the public sector cannot do alone.

Describe your role in the passing of the law.

I was intent on ensuring that local businesses benefit as a result to this new foreign investment, and I was involved to see how Argentine small and medium-sized enterprises would be affected.  Argentina has had a bad experience with foreign investment in the past, when in the 1990s many public companies were privatized in an unorderly fashion.  The result was an emptied state and a disorganized private sector

Therefore, when opportunities for public-private partnerships are presented to foreign companies, we want to ensure that local companies are involved in one-third of the services, rather than the original 10 percent in the original version of the law.  We made this reform in order to make our local economies more dynamic.

How do you describe Argentina’s offer to the investment community?

Argentina now has a stable rule of law for the investor with clear rules of the game.  This is an effort to improve Argentina’s standing in the international investment community where it has had a damaged reputation.

Argentina has great potential: we have ample natural resources yet a very small population to share them with, creating an excellent environment for foreign investment.  We need to work with foreign investors to innovate and have a key strategy to develop these resources.

Your home province of Córdoba has issued foreign debt, how would you like to see that money spent?

Córdoba has taken on this debt to fund infrastructure development projects and to invest in energy which the province needs.  We have taken some of the loans from the Kuwait Fund which has been very accessible at 2 percent.

Córdoba has long been working to create the necessary environment for sustained and long-term strategic investment. We will take on these foreign financing projects to fund our growth.

Beyond Córdoba’s typical economic sectors such as agribusiness, which other sectors would you highlight for investment which have been overlooked?

Córdoba city has many companies which call it home, which have developed the industry over time.  We are able to produce quality individuals who work in these companies via our own universities, enabling them to find jobs in our own province rather than elsewhere.

Our work with neighboring provinces such as Santa Fe and Entre Ríos has enabled us to develop a synergy of services, resources, and production which favor the exchange of goods and services in our regional economy.  However, as we look to the future, we must ensure that it is not simply a zero-sum game, that the different provinces can each make unique offers to the economy rather than canceling each other out.

As you continue your work, how would you describe the DNA of your Christian Democratic Party?

We believe in humanism and human development is integral to our vision.  We analyze each decision and policy based on how it will affect human beings and in doing so we develop our party platform under humanist principles.  When working in legislation, we act to defend human decency and independence whenever we see threats.  We are not fundamentalists, and we seek to develop politics to go beyond partisan gridlock and value human potential in all cases.