As Egypt emerges from its period of economic instability, investors at home and abroad seek the confidence of a stable mechanism and landscape to invest. For perspective on Egypt’s investment climate, we met with the regional leader of a global energy company that did not halt production one day despite the media firestorm of Egypt’s reported instability and economic gridlock. Hesham Mekawi outlines BP’s confident long-term presence in Egypt, and its new projects in context of the vast expectations for Egypt in the energy sector for 2016 and beyond. He highlights BP’s keynote projects in Egypt of both the West Nile Delta and Atoll, and the expectations they hold for both the company and Egypt’s energy sector at large. 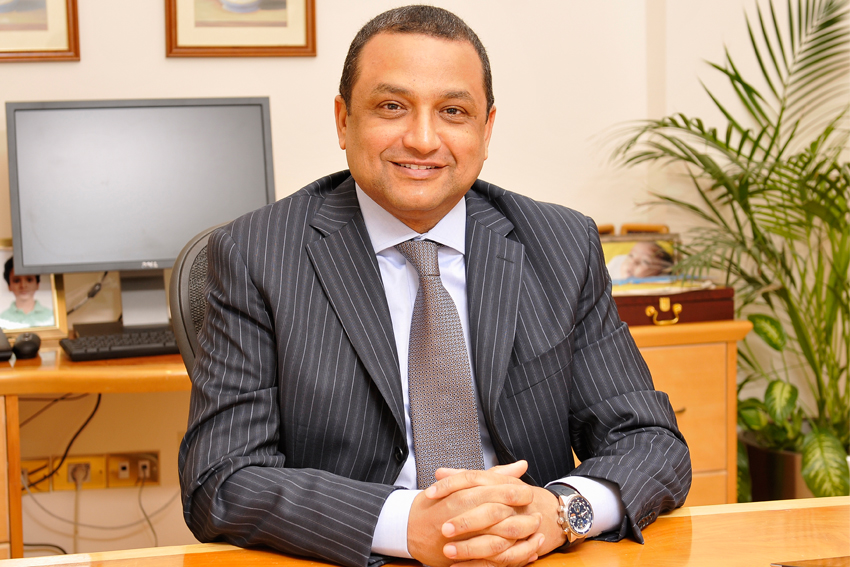 In January 2014, many business leaders at the World Economic Forum thought that the oil price at $100 per barrel would stay indefinitely. How did the industry get it wrong? And what is your outlook for 2016 onwards?

There’s no doubt that we are experiencing a period of great change in the global energy sector. And as supply continues to exceed demand, our industry remains focused on the challenges of the oil market. However, there are increasing signs that the global market is adjusting to the current low level of prices, with strong demand growth and weakening supply. Moreover, population and economic growth are the main drivers for global energy demand and the world’s population is expected to increase by 1.6 billion from 2013 to 2035. The world economy is likely to more than double over the same period. Therefore, we expect that supply and demand will eventually cross in the coming period and therefore prices will stay lower for longer, but not forever.

With the slump in prices, what have been the short-term effects here at BP?

In the current environment, capital discipline and efficiency are priorities as we continue to focus on the safe and successful delivery of new projects. BP worldwide has also unfortunately gone through a phase of downsizing, although it is not the prime or sole response to the drop in oil prices. We are taking additional efficiency measures such as trying to capture better value in our contracts. We must also continue to look at how we can do things differently to ensure the sustainability of our existing investments. For us in BP’s North Africa region, and particularly Egypt, we have a strong outlook of growth with several important projects coming online in the coming period and therefore we are on the lookout for new skills and talents.

We have seen BP and other large companies invest in Egypt in both good times and bad – there were significant investments even in the post-revolution years when many were worried about stability. Now that the situation is more stable, do you envision further investment?

You are correct; our operations continued during the post-revolutionary period, and we are committed to continuing with significant investments in Egypt now. Egypt is a key part of BP’s global portfolio and very important for the growth of the company. In fact our plan is to triple our net production by investing $13 billion in Egypt between 2016-2020, largely driven by our two major projects – West Nile Delta (WND) and Atoll – that are currently being executed with a key focus to capture market deflation and deliver these projects safely and efficiently. This reflects not only our confidence in the country’s economy and potential, but also reflects our strong and successful partnership with the government.

One year on after the Egyptian Economic Development Conference (EEDC), what is your evaluation of the results?

The EEDC definitely marked an extremely important economic milestone for Egypt. BP was indeed proud to have played a key role in this major event. At the conference, BP committed to the $12 billion West Nile Delta project and it was one of the biggest announcements and investment commitments made. We have followed through on the commitment we made then, and in fact the overall project execution for West Nile Delta is ahead of plan, with drilling having commenced in 2015 with top-tier drilling performance levels on the Taurus/Libra wells to date. The project is expected to deliver first gas to Egypt in 2017.

What are the updates of the WND project and its expectations for BP and for Egypt itself?

The West Nile Delta project builds upon our over 50 years of successful business and partnership in Egypt, and is another example of our commitment to help unlock Egypt’s oil and gas potential through continued investments. The project’s initial phase is expected to develop 5 tcf of gas and 55 mmbbls of condensate resources and to add around 1.2 bcf/day, which is equivalent to 30% of Egypt’s current production.

Since signing the last amendment in March 2015, the project has been progressing at full speed. We are proud to execute this strategic national project that will deliver significant gas volumes to the domestic market, as all production will be fed into the national gas grid. This will help in meeting the anticipated growth in demand for natural gas in the Egyptian market.

As the government advances on its reforms and economic agenda, what will be BP’s role in the new landscape in Egypt?

The government has demonstrated flexibility in responding to the changing industry outlook by working in partnership with IOCs to reach the right balance between securing economic sources of energy for the country whilst ensuring competitive returns for investors. We have a powerful and positive story to share about future growth in Egypt. We as BP are looking forward to our continued investments in Egypt that will allow us to triple our net gas production by the end of this decade. With nine exploration concessions, we are currently the largest holder of exploration gas acreage in the Nile Delta, and our plan is to progress other discovered resources in the Nile Delta, as well as continue our extensive exploration program and follow-on, which will allow us to maintain our production at more than 300 mboed to year 2030 and beyond.

You have a joint concession with Dana Gas in Block III of the Damietta area.

Yes, we spud the well a month ago. It’s the first onshore Nile Delta well for us in Egypt; it is to be drilled in the El Matariya concession called “Mocha”. It is a 50/50 project and we have options to do additional endeavors in more blocks. We believe that this is one of the most exciting and promising opportunities to avail gas to the domestic market as quickly as possible.

What are your comments on your the Atoll field?

The new offshore discovery well called “Atoll” was announced in March 2015 – which is our second exploration well in the North Damietta Offshore concession, after BP’s Salamat significant discovery in 2013, and is a 100% BP project. Based on our confidence in the prospects of and our commitment to Egypt, the development was fast tracked and the Atoll acceleration Heads of Agreement was signed in the UK in November 2015 during H.E. President Al Sissi’s visit to London. This was less than eight months since its discovery. We also recently announced in June 2016 that we have fast tracked the Atoll phase 1 early production scheme with a plan to drill three consecutive wells starting August 2016, bringing critical gas production to the Egyptian domestic market by 2018.

Regarding Egypt’s suitability as an investment destination: have recent negative events and ensuing negative press tarnished Egypt’s reputation to invest?

BP’s business in Egypt is very long term. Our first discovery was made here in 1963, and we have not stopped operations since then. Throughout our history in Egypt, we have produced through our joint venture GUPCO with our partners EGPC almost 40% of Egypt’s entire oil production, and we currently produce almost 10% of Egypt’s annual oil and condensate. In addition, through our joint venture Pharaonic Petroleum Company with EGPC and EGAS and with our other partners, BP currently produces close to 30% of Egypt’s total gas. BP is also a 33% shareholder in UGDC, an NGL plant, as well as being present in the downstream sector through our 40% interest in the Natural Gas Vehicles Company (NGVC), which was established in 1995 as the first company in Africa and the Middle East to commercialize natural gas as an alternative fuel for vehicles. We also sell both BP and Castrol lubricants brands and supply aviation jet fuels to Egyptian airports.

To date, BP has invested approximately $30 billion in Egypt and we are set to increase our activities, making Egypt one of the biggest receivers of BP’s global investments in the coming period. This in itself is proof of the long-term partnership and commitment BP has with the Egyptian government and its potential as an investment destination.

Regarding your community involvement, could you tell us about your social investment program that is attached to the West Nile Delta project?

Our operations on the ground go hand in hand with the delivery of our wide-ranging social investment programs focused on education, training, and skills development. To date, BP has been proud to support the funding of scholarships for almost 90 Egyptian graduates of impressive talents to pursue postgraduate studies in the UK. This year, we are proud to provide scholarships to nine students of impressive potential; these students will come back to Egypt to contribute to the development of the country and will be the future leaders of Egypt.

In addition to this, a key pillar of our strategic national WND project is to work in partnership with the local community to deliver sustainable development projects that will positively impact their lives. This stems from our belief in our responsibility to contribute positively to the development of every community in which we operate. Our project there is dedicated to creating jobs, micro-financing, education, and health. Micro-financing however has the greatest potential to have long-lasting sustainable growth because it creates jobs for generations to come. In addition, we are proud that the WND project will generate up to 5,000 direct and indirect job opportunities during its construction phase.