Gas to power the nation

Interview - August 5, 2013
Leveraging the gas resource base for unprecedented economic growth is one of the NNPC's cardinal objectives 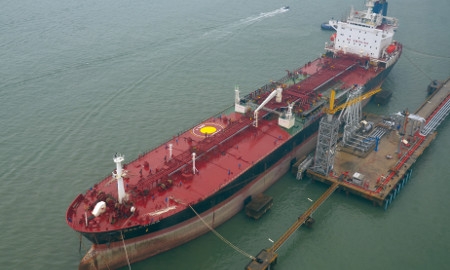 ANDREW YAKUBU | GROUP GENERAL MANAGING DIRECTOR OF THE NIGERIAN NATIONAL PETROLEUM CORPORATION (NNPC)
Nigeria is the fifth largest producer of liquefied natural gas in the world, with natural gas estimated reserves of 187 trillion cubic feet (tcf) and a further 600 tcf in potential reserves. It produces an average of 19.2 million tonnes of gas per year with only 15 per cent of this utilised domestically. Nevertheless, the country struggles to meet the domestic demand for power. A country with a population of 160 million and a large industrial base, Nigeria currently  generates only 4 GW of electricity. Energy security is paramount to sustained economic growth.
With all of this in mind, the government introduced the Gas Master Plan (GMP) in 2008. Its main objective is to increase the domestic supply and use of natural gas, mainly for power. Apart from power generation, gas is being used in agriculture for the production of fertilisers. It is also being used to power vehicles. Infrastructure development – pipelines and gas power and upstream processing plants – is a major focal point for the government. One of the main issues surrounding the development of this domestic gas market, and the oil and gas sector in general, is security. There have been instances of costly vandalism and destruction of pipelines and flow stations, particularly in the volatile Niger Delta region.  However the situation has improved greatly since the introduction of the Amnesty Programme in 2009, which sought to give amnesty to militant groups and training to young people in return for giving up arms. So far more than 3,600 militants have been disarmed and over 30,000 young people from the Niger Delta have gained new skills. Other initiatives have also been implemented which have successfully mitigated the security threat.
Here, the Group Managing Director of the Nigerian National Petroleum Corporation (NNPC), Engineer Andrew Yakubu, discusses the gas sector, the GMP and efforts at tackling the security problem.
What is the potential of the gas sector to be the driver of economic growth in Nigeria?

There is great potential for the gas industries in Nigeria, particularly as the government’s transformation agenda is anchored on the utilisation of this abundant resource. The industry is to be galvanised through effective linkages to the agricultural sector by enhancing domestic manufacturing of fertilisers with the aim of enhancing food production and food processing industries. This will also create job opportunities through various secondary and tertiary industries. All this is in line with the GMP. The GMP has jumpstarted the domestic gas market by moving a virtually non-existent sector to one that is market driven. It has so far addressed the commercial framework for domestic gas and prescribed development of an infrastructure blueprint which is being pursued aggressively. With these infrastructure projects, gas transmission from major supply sources to key demand centres across the country will significantly improve.
Domestic gas supply is currently at an all-time peak of 1,500 million cubic feet per day, most of which is dedicated to the power sector. There is sufficient gas presently, which is projected by year end to support over 5 GW of generating capacity, with a view to increasing to almost 10 GW by 2015/16. Gas-based industrialisation is also progressing with the Ogidingbe Industrial Park project which envisions petrochemical, fertiliser and independent power plants and a central processing facility on a 2,700-hectare location in Delta State, jumpstarting major gas-based industrialisation. Further to gas for power and industrialisation, good progress is being made in the deployment of gas for automotive use through compressed natural gas (CNG). Over 2,000 cars have so far been converted to run on CNG and this conversion is continuing steadily. Overall, the effort in natural gas is creating a sustainable platform for positioning gas as the preferred fuel for the domestic market.
What has been done to mitigate the security issues surrounding the oil and gas sector?

Security concerns and other related activities have been a serious threat to our operations, especially in the upstream segment of our business. These security challenges, which once stemmed purely from militancy in the Niger Delta, grossly impacted on our production. Nigeria’s production dropped to as low as 1 million barrels per day (mbpd) prior to the Amnesty Programme, due to a combination of factors not limited to pipeline vandalism, crude oil theft and community hostilities. The economic consequences of these security challenges are reflected in project cost escalations and delays. In addition, vandalism, especially of pipelines and flow stations, results in significant environmental damage which in itself results in costly remediation efforts.
These issues still linger, although not in the same proportion as in the last decade. With the implementation of the Amnesty Programme production increased to an all time high of 2.7 mbpd sometime in August 2012. We are still stabilising our production after the long period of instability. In addition to the amnesty initiatives, all the tiers of government are making concerted efforts to effectively address this challenge. All the security agencies are collaborating in this effort and President Jonathan has taken this campaign to our international friends, especially the USA and Britain, who have extended hands of fellowship in stemming these unwholesome activities. Other efforts being employed in tracking stolen crude internationally include the possible use of fingerprinting technology in identifying stolen crude oil from Nigeria.