An attractive time for energy in Peru

United World sits down with Igor Salazar and David Lemor, General Manager and Communications & Corporate Affairs Manager of Peru LNG, to talk about the sector challenges amidst the current international context. 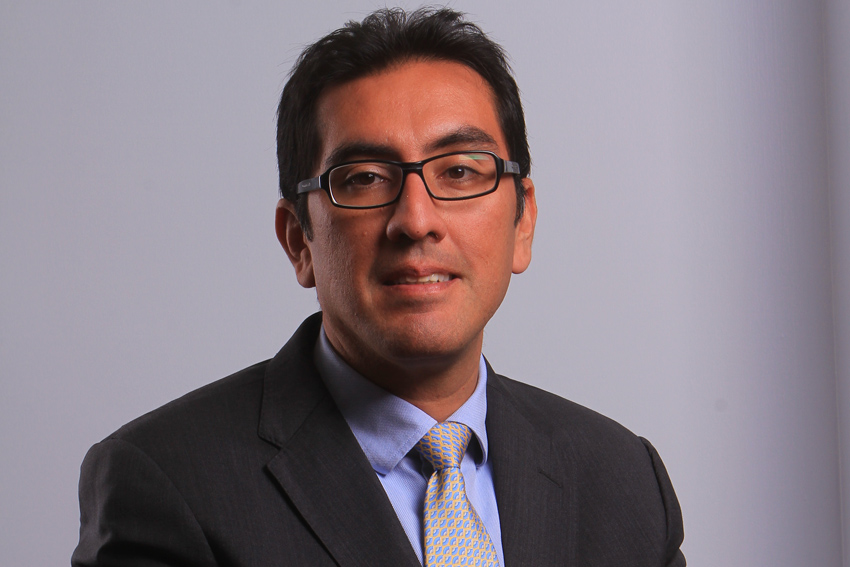 We would like to discuss with you the growth dynamic Peru has experienced over the last decade, well above other countries' in the region. All economy sectors have contributed to this growth, so it is important to talk about the energy matrix and the sector that you represent. How has Peru’s gas sector been contributing to the economic growth of the country? What are the challenges that lie ahead, given the current situation of economic growth in the country?

In the 90s the country had a cleaner, more balanced economy without subsidies. In 2004 the world economy began to grow, after the Asian crisis. In Peru, we took advantage of the fact that we were a stable country to attract investment, mainly in the mining sector, which favored development in the past 10 years.

But there was a fundamental factor, which was the development of Camisea. Camisea gave the market a cheap source of energy, especially given that there was an oil crisis in 2005, and it ended up costing USD150 per barrel.

That was the great engine of growth in Peru in the last 10 years, access to an efficient source of energy, such as natural gas, which made electricity generation grow a lot, with very competitive prices. Then, the mining industry had access to that energy, which made it much more competitive compared to other countries in the region, such as Chile and Colombia.

To all these economic advantages, I'd like to add that this energy is more environmentally friendly, it has replaced polluting fuels. It has given the country competitiveness, compared to other countries in the region which competed to attract investment in the mining and hydrocarbons sectors.

A year growth of nearly 10% and having been one of the countries that best weathered the 2008 crisis would not have been possible if there had been no Camisea.

More or less the same thing happened to America in the 2008 crisis; it had a source of cheap energy with natural gas. Many say that natural gas started going down with fracking in 2008.

Europe was facing a crisis, but the price of energy was very high. In Peru we have the advantage of having Camisea which is a source of cheap energy. We would have received half the investment without Camisea.

The Peru LNG project, the largest private investment, was a signal to the world that Peru is an attractive and stable country for investors, with the support of world-class international foreign investment.

This has generated a stream of investments in other sectors as well, not only hydrocarbons.

We have interviewed certain people in your sector, and we have concluded that the Andean region is one of the most hydrocarbon prolific in Latin America. However, the economic growth of Peru and Camisea has not led to more exploration in that area. What is Peru LNG’s road map in the country, in the current international context, where the investor is much more careful regarding where to invest in long-term projects such as yours?

We have to continue providing the conditions for a large investment. Unfortunately, the country in recent years has lost the sense of attracting projects globally. The big challenge we are facing is that the State, the companies, the communities may have a fluid conversation and confidence, which will allow Peru to attract investment.

The resources are there, but we have the problem that sometimes we cannot make explorations. I think the issue of how to connect the three actors is what is missing at present.

Peru is going through a stage of maturation. Before the 90s Peru had an erratic economy, changing from one government to another, with breaks in the democratic process. In the 90s there was order in the country, we became part of the international community again, and there was a first wave of structural State reforms, which started to make Peru an investment destination.

In the 2000s, there was the wave of international treaty negotiations, which further strengthened the conditions of stability and predictability of the Peruvian economy, which encouraged more investment.

Peru needs a second wave of State reforms that fit the current reality and help reduce informality. Self-sustainable development is needed in the communities. When a mine is exhausted, the conditions for social development have to go on existing in the community surrounding the mine.

This is one of Peru LNG’s pillars. Social development and social investment have to be long-term projects. Also, to attract investment, Peru must make procedures easier and faster, as there is much red tape.

Peru has proved it is an economically predictable country, where contracts are carried out. We only have problems regarding social predictability.

What can you tell us about the global economic and the social impacts of Peru LNG?

Peru LNG has positioned the country as a place where large-scale projects can be carried out. There was great impact during the construction phase. Also, many investments on gas infrastructure were made.

It had a great impact on the industry of natural gas, on the overall economy and on the communities, too, as much labor was needed and there were many social projects. The government is getting closer to the communities now, regarding health and education mainly, because it has more money and it is taking a more active role. Companies can be development catalysts, too.

It is important to have sustainable projects that benefit the country and the communities. Public funds must be self-sustainable.

In the past, the companies used to build schools but everything was very complex, because the State wanted to provide the teachers, but then there were no teachers in a specific region, for example.

There were problems in connection to health care, too. Now companies are not the “parents” that give and give; we are development catalysts. The State has the resources and we help them.

People were used to companies providing everything, so there has to be a change in their mindset. This will take time, but we are on the right path.

The State has “development boards” now. This change of responsibilities from the companies to the State is a big positive change. Now the State is more committed.

How important is the US for the development of your project?

Our main partner is American. Also, many multilateral institutions have financed our project. We work with the World Bank, the Exim Bank. We’ve had a long-term relationship with the US. They have invested more than $2 billion in this project.

We have very high corporate social responsibility and environmental parameters and one of our auditors, who has helped us a lot with our project, has been the Smithsonian Institute.

We are currently carrying out a biodiversity monitoring project together, thanks to which new species have been found. There are also other important American institutions supervising us.

Both Camisea and PERU LNG are good examples in Peruvian investment of how things can be done well in connection to society and the environment. We are in very good terms with the communities from the areas where we work.

When a problem arises, we solve it directly with them. They know they can come and talk to us when they need help. We have workshops to share our experience with other companies and teach them some practices we have designed.

How do you contribute to projecting an image of Peru and Peru LNG as investment catalysts for the Peruvian economy to the world?

As regards energy, supply reliability is a must. We, PERU LNG, want to be seen as a reliable source of LNG. This presents an image of a predictable country.

During these five years, we have proved international clients we are a reliable energy source. Moreover, we have been the catalyst for major investments in the country and we want to set an example regarding operational environmental and social management.