Sudan improving relations with the South

Interview - September 12, 2013
Following a number of agreements with the South, the two countries are making great efforts to open a new positive chapter in their relations. Here Sudan´s Minister of Foreign Affairs, Hon. Ali Ahmed Karti, talks to Worldfolio about how they are both working together to resolve their problems 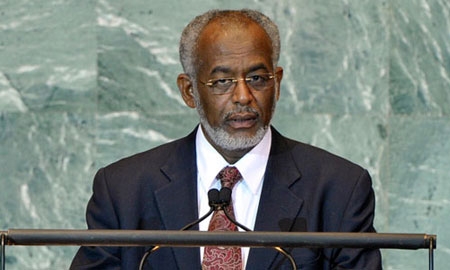 HON. ALI AHMED KARTI | SUDAN´S MINISTER OF FOREIGN AFFAIRS
The secession of South Sudan in 2011, following a referendum for self determination by its people in accordance with the 2005 Comprehensive Peace Agreement, meant that Sudan had to sacrifice three quarters of the country´s oil wealth that was produced in the South.
Despite this, Sudan became the first government in the world to recognize the new country, with President Al-Bashir taking part in the celebration of the birth of South Sudan state and extending to it a hand of genuine cooperation and assistance.
Following mediation by panel of former African leaders headed by President Thabo Mbeki of South Africa,   a series of agreements  was signed by the two countries in September 2012 to resolve the outstanding business left over from the secession.
While there are still a few pending issues, the two leaders most recently met in Khartoum on September 3rd 2013 and vowed to open a new chapter in the relations between the two countries based on the understanding that the countries need each other’s cooperation in order to prosper.
How important is it to have good relations with neighbors in the border?
It is all important. One of the defining characteristics of today’s world is the great interdependence between neighboring countries, especially in terms of peace, stability and economical and social welfare. In fact, regional peace and stability is indivisible. Hence, good relations with neighbors become an imperative of national security. This is crystal clear in our case. Sudan is surrounded by EIGHT countries, one of them across the Red Sea – Saudi Arabia. Fortunately, we have had very good relations with all of them, maybe with exception of relations with South Sudan.
But relations with the South are steadily improving now aren´t they?
Yes, we are working hard to mend and improve our relations with South Sudan, which are of special nature, given our common history the very long border and social and cultural ties, as well as the post-secession issues. Stategically speaking, we, as Sudan and South Sudan, have no option other than having good relations and close cooperation. In my view, the current challenges in the relationship between the two countries stem from two sources: First are the teething difficulties that South Sudan as an infant state is currently facing. The second source is the baggage of the New Sudan project with the Sudan People Liberation Army Movement (SPLAM).
This project calls for restructuring of the entire Sudan and to change its cultural and national identity through war of liberation which would not be confined to the South only.
SPLAM sought to create and incite rebellion in other parts of the country and has embraced rebel groups from what they called the marginalized areas. Unfortunately, this has continued after South Sudan became an independent country. It might come as a surprise for many, that South Sudan still uses the name “Sudan People Liberation Army” for its armed forces. This is the crux of the current crisis in the relations between Sudan and South Sudan. However we have the sufficient political will to overcome these situations and we are hopeful that our brothers and sisters in South Sudan will soon listen to voice of reason and wisdom, and share us the same attitude at the end of the day, neither of two countries can do well without having good relations with the other.
Aside to your relations with South Sudan, the heavy loss of oil resulting from the secession has had serious effects on your economy.  Importantly for the issue of food security, this has now put pressure on the Sudanese government to intensify their focus on the agriculture sector. Having now identified the agriculture and livestock industry as the country´s key priority – playing a vital role not only in food security, but employment opportunities, poverty alleviation and social development – Sudan is now massively boosting its public spending on the sector. What are your views on the massive potential of Sudan in the area of agriculture and food security?
Without any exaggeration, if there is a single country that is able to feed all Arab countries it will be Sudan. We have more than 200 million acres of arable land, the majority of which is yet to be properly utilized. We equally have abundant water resources. Beside the River Nile and its five tributaries we have other rivers and the average annual water fall is around 4000 billion m3, and total renewable ground water is 4.02 billion m3.
In addition, we have a wide diversity in weather which allows cultivating different crops. This is coupled by a long experience in commercial and irrigated agriculture, which we knew since the early 19th century.