Sustainability, traceability and quality hallmark the food industry in Uruguay. Minister of Livestock, Agriculture and Fisheries Tabaré Aguerre highlights the country’s competitive advantages, its economic priorities and strategies, and the key importance of the agricultural and agro-industrial sector, among others, to the nation’s development. 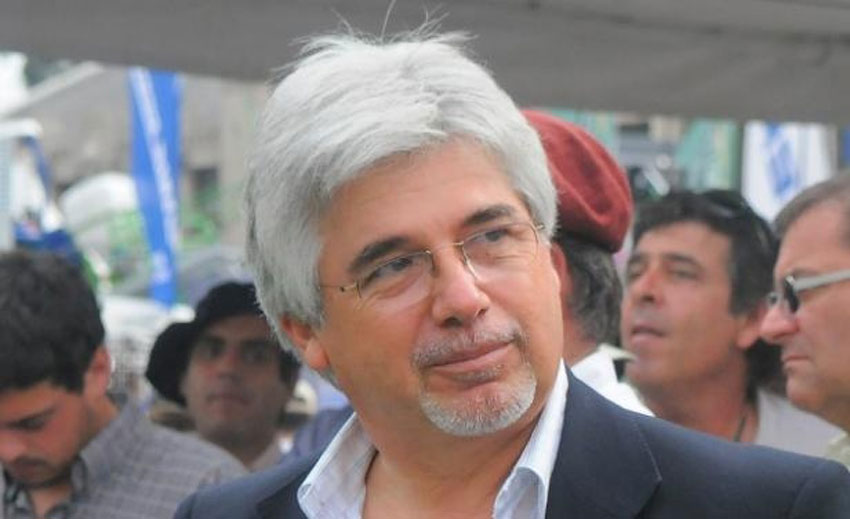 Uruguay's country brand, "Uruguay Natural," has been characterized by the theme of sustainability. One of the priorities of this administration is to promote Uruguayan products internationally, exploiting existing markets and opening new markets. What are the priorities for these products? What are your strategies for the coming years?

The strategies remain the same as those we carried out during the last five years of the previous government. Uruguay is a country of 3 million people, 180,000 square kilometers and 12 million cows. Currently, it leads the statistics in Latin America in terms of human development indices. It has the highest level of per capita income in the region and the lowest rate of corruption, as well as the greatest Internet penetration and the highest literacy rate. And this is the product of a process that began nearly a century ago with the adoption of the philosophy of inclusive growth. This means that a system of social security and education in which all children have equal opportunities in public education was built. Today we are the first country to have adopted the One Laptop Per Child program on a massive scale, and the Ceibal plan has become an instrument to build equality through education.

78% of our exports come from the agricultural and agro-industrial sector, with varying degrees of transformation. Consequently, 17% of the economically active population is linked to these tasks, but there are also many people currently working in the technology sector. At the moment, Uruguay is one of the biggest per capita producers of software in Latin America, at a comparable level to that of Costa Rica. We also have the tourism industry, which annually receives an amount of tourists equivalent to our population. In the last 10 years, services of various types have also been developed exponentially.

In this context, the strategy is to keep adding knowledge, investment and innovation, and from that build competitiveness in the sector of exploitation of natural resources without losing the aim of developing in areas linked to intensive activities. To achieve this goal, we are implementing various technologies for traceability to sell not only commodities but also quality, which certainly has a positive impact on the price of our products. In relation to our supply of exportable foods, our key is to promote competitiveness and international integration, to grow in the world: the more problems the international economy may present, the more open our country must be. By competitiveness not only do we mean the exchange rate or the tax burden, but also research, innovation and investment.

The fall in commodity prices will affect us, but we are able to confront this situation with a productive system that has been modernized, having eliminated virtually all the debt generated in the 1990s and betting on diversification of the productive matrix. For all this, it is very important to work on seeking trade agreements to reduce tariff levels in various markets so our products can enter those markets. In addition, all of these strategies must be sustainable. For this purpose we have designed a set of very modern policies, for example applying the Universal Soil Loss Equation model to agriculture. This is carried out not in an interventionist way, but with the consensus of the various players involved. Another case is that of the water, where we are developing a proposal with support from the World Bank to become a country that manages this resource, considering climate change is a reality and affects us deeply. We also implemented similar policies several years ago regarding forest exploitation, which today has certifications both regarding the environment and labor, while allowing the conservation of biodiversity and native flora.

So "Uruguay Natural" has to do with all these things: to wish for a country without human intervention is utopian. The challenge is to run a country that is able to contribute to global food security, to export food to 30 million people and to do so in a sustainable way taking care of its natural resources. This challenge is updated with each expansion of production, which requires scientific research and standards that serve this development.

Most of our producers are smallholders, so part of the growth we seek must be oriented to build instruments that allow the competitive insertion of small and medium producers in value chains, be they local or connected with agricultural exports. For 2050, the increase in world population will require an expansion of food production capacity of 60-70% and the potential for food production in Uruguay will then have an opportunity for the growth and development of thousands of small producers.

In this context, it is clear that the strategy of Uruguay must be excellence, maintaining and improving standards, and the recognition it has achieved in health, safety and quality, as this is the way to differentiate ourselves from other countries. Only productive growth and a structured economy ensure development, and we must work to remain a reliable country, responsive to investment. All these policies converge in the goal of inclusive growth that allows building a more just society.

What will be Uruguay’s position in relation to the United States in the coming years? What is the importance of the U.S. market for exports from this country?

Uruguay has to maintain its links with the countries of the region where it is situated but it has to achieve the greatest amount of commercial relations with the rest of the world. The United States is a very important market for Uruguay, it is our second largest market in terms of meat and we are exporting our citrus fruits, admitted there for the first time some years ago. America is a strategic partner, not only because of the size of its market, but also because of the quality demands it presents. Therefore, the relationship will be as it has always been: these are two countries with many common points in a world where trade agreements have proliferated. So it is an important market like China, Russia and surely should be the Arab countries, India, Japan, among others with whom Uruguay will have to intensify its trade.

Today most of our agricultural and agroindustrial production goes to countries outside the region, which is obvious because Argentina, Brazil and Paraguay produce the same as us. Recently I chaired the meetings of ministers of the Council of the Southern Cone – Mercosur plus Bolivia and Chile – and in my speech, in which I expressed my commitment to the management this year, I prioritized the strengthening of actions in the area of regional public goods. That is, those assets that do not rely solely on a country, health and environmental aspects, as these are issues for which there are no political borders and they affect us all. So from Uruguay we aim to contribute to the generation of a health and environmental standard that goes on improving for the whole region.