A united vision for Buenos Aires

Once regarded as the most beautiful city in the world during Argentina’s turn-of-the-20th century heyday, Buenos Aires’s international identity vied with the world’s best. While the ensuing economic instability for the country over the second half of the century left the city in relative decline, it today seeks a return to the elite group of global cities. This initiative however is not based on restoring the city to its former glory, but on capitalizing on its new identity formed by its most precious resource: its human talent. This talent goes beyond the city’s heavily regarded performing arts scene, but in the technology, design, and television production industries. These hotbeds of human talent have led the city to produce four out of Latin America’s five unicorn companies – those which have made over US$1 billion. Numerous of these unicorn CEOs have discussed their symbiotic relationship between their firms and the city, as the latter is the one that produces the human talent and good business environment that the former needs.

The man tasked with handling the city’s international affairs is Fernando Straface, Secretary General of Buenos Aires. Having worked at the Inter-American Development Bank, which is now funding many of the city’s social initiatives, Straface stresses Buenos Aires’s high quality of life and livability will be the magnet to attract international talent and commerce. 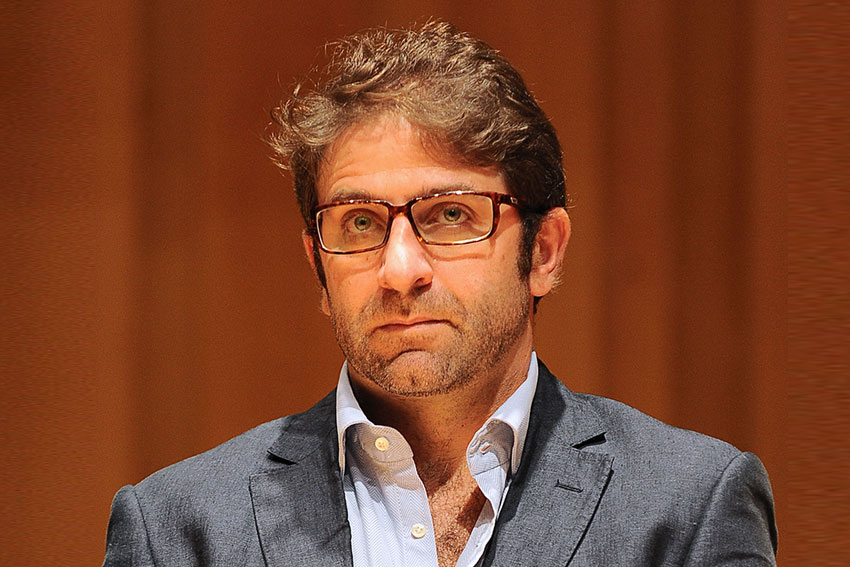 FERNANDO STRAFACE | SECRETARY GENERAL OF THE CITY OF BUENOS AIRES

Upon taking office, Argentina has been under the international spotlight for its new governance model opening the country for foreign investment. Given as President Macri used to be the Mayor of Buenos Aires for eight years, what are the possibilities for the city when it comes to regaining its international standing under the new term with Macri as president and Horacio Rodríguez Larreta as mayor?

The Buenos Aires city government has followed the same vision and path for the past nine years. It started with Mauricio Macri, and it has continued with Horacio Rodríguez Larreta, current mayor and former Chief of Staff for former Mayor Macri. The city has solid fundamentals after so many years of sound governance, and it now has the possibility to access the world in a better way than other cities in the country.

Buenos Aires has an organized economy, competitive advantages – such as a Technological District that is already up and running. In this regard, we like to define Buenos Aires as a global city; one that can compete with the best and most innovative knowledge-based economies in other global cities such as New York, San Francisco and Barcelona. We want to belong to this group of cities.

The city also has the advantage that the recovery of a country's economy is usually felt in its capital first. We see that investors, companies and other international players who come to Argentina to engage in this new phase of the country do so through Buenos Aires. The first government officials are those of the City of Buenos Aires. We take advantage of this, and introduce opportunities, places and local partners to foreign investors. I am meeting representatives from companies and individual investors every week in my capacity as Secretary of Foreign Affairs for the city.

Buenos Aires wants to belong to the group of global cities, but it faces up and coming competition in the region: Santiago, São Paulo, and Lima, which also boast rising talent. How can Buenos Aires stand out among the cities in the region?

For a city to become competitive, it must not only supply the right human capital and engage in activities that have an international orientation, but it must have the ability to attract great talent. In other words, it is not only about what type of talent the city gives to the world, but how the world's great talent is attracted to living in this city. That is where we believe we have some advantages.

Twenty years ago, the mayor would have to go knock on some firm's door and ask them to set their next factory here in Buenos Aires. This is not the case anymore; the job is to convince the Mark Zuckerbergs of the world to come live here. Investment will follow. And when it comes to convincing great talent to live here, we make a pretty good case. We have a very cosmopolitan city, one where you can see diversity of ideas, religion, sexual orientation, and ethnicity, living in peace. Not many global cities in the world can enjoy this nowadays. There are even cities in Europe lacking this type of peaceful coexistence.

We also pair a very dynamic business environment with a rich cultural one. Buenos Aires is one of the cities with the highest number of theaters and bookstores per capita. The city also has many sports activities being played here. We are currently trying to boost the food industry in Buenos Aires. We want to make Buenos Aires the culinary capital of Latin America.

That means you would have to compete with Lima.

Exactly. Lima is currently ahead in this sense, but we have a different approach. We want to focus not only in one product--beef is to Buenos Aires what fish is to Lima--but in products from all over the world. The cosmopolitan profile Buenos Aires has will also apply to the food industry.

Buenos Aires has launched the 'Government Openness' initiative, in which you invite the ordinary citizen to participate in setting state policies, and having allocated a budget of US$31 million. How much involvement do the citizens have in the destiny of the city’s policies? How sustainable is this initiative for the future?

The initiative, known as Buenos Aires Chooses, was inspired by a similar one in Madrid. We have differences, though, as the resources we assign for this program has a much larger proportion of our budget than in any other city.

The second difference is a conceptual one. We ask the neighbors to write down specific proposals they want the government to implement, which had a surprising rate of success. We have received more than 12,000 proposals so far. These are very specific ideas, as citizens do not just tweet what they want, but have to fill in a particular form.

We also have a policy of reaching out. The mayor meets with the neighbors every week, and he has an office in Villa 31 – the city’s most emblematic slum. City ministers go to one of the local police stations every first Wednesday of the month to talk to the chief of police and the neighbors. All these policies make the City of Buenos Aires' government an open and participative one.

The city of Buenos Aires is home to 3 million people, yet the city population swells to 6 million during the workday, with people commuting from Buenos Aires province. Now that the three government entities are working together, there is a huge opportunity for development, and we are responsible for fulfilling this potential. The Buenos Aires metropolitan area has 14,000,000 people living in it, and there are certain issues in which we need to coordinate in a better way with the national and the provincial government. For example, the transport issue is being tackled with the creation of the Metropolitan bus rapid transit--in La Matanza, Tres de Febrero, San Martín, for example. We are also improving accesses to the city, as is the case for the bridge in Lanús. There is also a need to coordinate when it comes to health. Most of the people that go to the city's hospitals live in the province. We are trying to coordinate with the Province of Buenos Aires to improve the primary care that families receive in their places of residence. This way, they only need to come to the city if there are complicated cases that require more advanced healthcare.

I always make the case for the quality of government that Argentina has now. All the different stages have well-prepared and committed professionals that are working in coordination with each other, setting higher standards for public service. They are implementing evidence-based public policies. This is a government that balances the different factors and tries to anticipate the impact of a policy before making a decision. We try to think in the long term, which is an added value for this government.

I also think geopolitics plays in favor of a moderate and pragmatic government such as the one Argentina has. The only issue that cannot be negotiated is the national interest. This gives us leeway to negotiate with different players in the world, instead of limiting the negotiations to one or two other countries. This helps in terms aligning of private and public interests that are key for the development of Argentina.

You are the co-founder of CIPPEC--a think tank that develops state policies--and you were its executive director for many years. Do you think that this dialogue and availability has improved under the new administration? How do you think this could affect the relationship between the government and CIPPEC?

One of the key aspects of this government is that they believe in policy coordination, design and monitoring. This vision of how public policy should be designed and implemented is a huge differential for a government, because it means having national goals and being able to coordinate many different ministries.

This is a government that believes in planning, in setting targets and in coordinating public policy to achieve these targets. For an institution such as CIPPEC, having this type of government as a counterpart helps improving the depth of public policy debate and discussion.

In the following months, Buenos Aires will have plenty of international attention, as it will host the World Trade Organization meeting in December, and the Youth Olympics and the G20 Summit next year. Hosting these events creates huge opportunities but also sizeable challenges. How is the city government handling this?

The fact that these events are going to take place in Buenos Aires speaks for itself, in the sense that Argentina is being perceived as a country with the capacity to reach global conversations. This is an honor for the country, and we await these events with great expectation. We want to show the city and host these events in the most professional manner.

This is a considerable logistics and geopolitical challenge for the city, and we still need to work the details. But these events are also an opportunity to show the many cultural options that Buenos Aires has. We see this as more of an opportunity than of a challenge.