A transversal ministry that has contact with all other public entities

As Minister of Planning, Dr. Ashraf El-Araby is a firm supporter of foreign investment and the SDS, a long term plan based on 10 pillars that will ensure a sustainable and diversified economy. 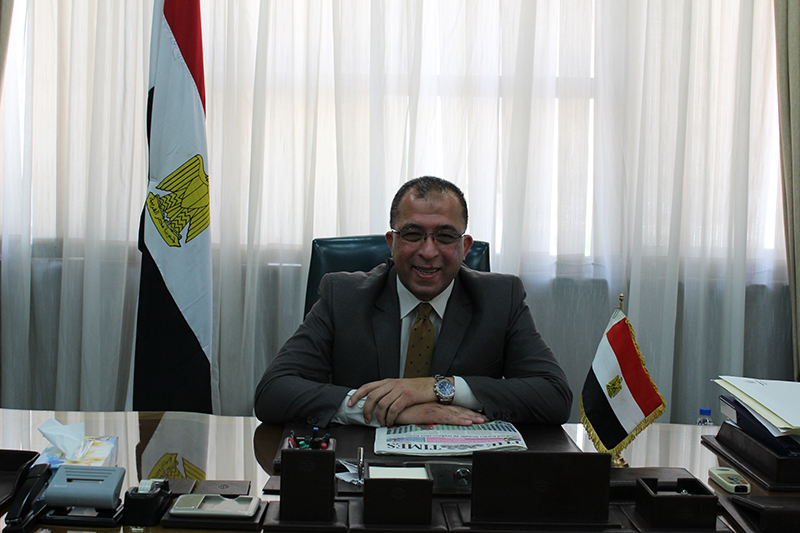 As Minister of Planning, a transversal Ministry that is related to all the sectors of the economy, what would be an overall balance of the EEDC? How important is following up with all the success?

The truth is that during the past three years, the situation in Egypt has been difficult and this has been reflected in low growth rates averaging 2% and unemployment rates going from 8% to 13%. This is why, after June 30th we decided to have a new start for Egypt. This is why the Government decided to focus all of its efforts in the Economic Development Conference to make it a success story for the country. It was very important to communicate to the world that we have a fresh start and we are committed to make, not only political reforms but also social, financial and administrative. We believed we managed to showcase this at the EEDC, proving to the international community that there is a long-term vision for 2030. Having a fifteen year plan generates stability and confidence to foreign investors. But it is also important to highlight that there is a short-term plan for 2019, and the aim with both plans is to prove that there is the political will to reform. At the EEDC we listed the reforms that are already on their way such as the energy subsidies, administrative reform, investment climate, and all to transmit the will for a new Egypt. But after the success of Sharm Al Sheikh comes the hardest part, which is to implement these reforms. We can ensure that we have already started the process with the new investment law having been ratified as well as the administrative reform for civil servants. There also is a medium term plan to continue these reforms. Our overall target is to attract new investments to Egypt and we cannot stress how important this is, with investment rates having dropped from 22% in 2008 to 14% in 2014, the focus is to once again reach these numbers. One of the main goals of the Conference was to highlight the existing investment opportunities and we believe we managed to achieve this as we signed commitments of FDI for more than $50bn, this without taking into consideration the concessional grants and loans. And even though these investments will be over a period of 5-7 years, this is a very great start for the new Egypt.

Right before the EEDC you mentioned that the target was to attract $60bn in FDI in the coming four years. With the success of the Conference, what is your strategy to reach this figure?

Of course we are looking to capitalize on the Memorandums of Understanding that were signed in Sharm Al Sheikh. This is why we have created a committee, headed by the Minister of Investment, to follow up on the results of the conference as we want to maintain this good momentum.

Coming back to the reforms, when could visible results be expected?

At the beginning you mentioned that the last three years have been difficult for the country. We all agree that in order to have long term investments there needs to be social and political stability, how can this be best achieved?

Of course it is a challenge, as we are all aware of the situation in the region. But I believe, that we compare to just two years ago, social stability and security is getting much better. We need to continue and increase our efforts and there is the political will of the Arab world as was demonstrated at the Arab conference in March. Addressing this issue from a regional perspective will be crucial.

If one thing was clear at the EEDC is that the international community believes and trusts Egypt for the long-haul. How important is this?

Indeed, the presence at the Conference of so many political and business personalities from all the corners of the world does show that the country is back in the international spotlight. The best strategy to respond to this trust is by capitalizing and making sure that all of the projects that were laid out during the conference end up being a reality. We can now say that we have an investment map for different sectors, six or eight that we are focusing on having identified them as the most relevant to ensure sustainable development. Of course energy is one of them but also tourism, infrastructure or transport. The “Follow-Up Committee” and the intense work between the different organisms of the Government prove that Egypt is fully committed to capitalizing on the EEDC.  Though we admit that a long road awaits us, we are ready.

Agreements on Energy and Urban Development dominated the EEDC. Was there too much focus on these and maybe leaving the rest on the background?

The rapidly growing population makes it a challenge. This means that there are some issues that need to be addressed on the very short term such as energy and housing. Speaking specifically about energy, the country is in need of more generation to satisfy not only household demand but also the expanding industrial sector. The same applies to urban development, but these are not the only sectors that we are focusing on, but also Tourism, a sector we need to promote in order to reach and even surpass the figures pre-revolution. The potential is very high as is pictured in the 2020 plan that aims to attract 20 million visitors. The plan is ambitious but we believe it is possible by efficiently managing our resources. The same can be applied to Transport, where apart from the Suez Canal Project we are also working on 3400 km of roads, which is one fifth of the total roads in Egypt. We know that the timetables and expectations are very challenging and that we need to speed up processes but we are confident of being capable of doing it.

Speaking about the Suez Canal Project, how important are the megaprojects for the country’s future?

We need to focus on the megaprojects of course, but we must also promote the smaller projects for SMEs which are equally important to the country’s sustainable development. The is why we launched a new initiative called “Ayadi” with a venture capital of $1.5bn whose main goal is to support initiatives with good potential. We expect this initiative to have a great impact in local development in different governorates and generate job opportunity.

Another thing that you mentioned at the Conference was the importance of transparency and eliminating bureaucracy. What is the best strategy to achieve this?

The best approach is the Administrative Reform, which is a top priority of the Government’s agenda. We all recognize how important it is to fight corruption and bureaucracy. As we spoke before, around six months ago we issued the new law for civil servants which will make a “revolution” in the public administration. This law aims at the same time to confront corruption while facilitating investments and with a clear focus to create an “e-government”. We are also creating the “one stop shop” as well as investment centers in all of the governorates.

The Sustainable Development Strategy (SDS) is the plan for 2030. How important is it to show long-term commitment?

For 2030 we have identified four main targets: to be one of the Top 30 Economies in the world, Top 30 in terms of competitiveness, Top 30 in population happiness and Top 30 in fighting corruption. In order to achieve this we have identified 10 fundamental pillars that are: Culture, Economy, Research, Education, Urban Development, Energy, Justice, Transparency, Health and Environment. The really important thing is that for the first time we have a unified plan rather than several independent ones. We have identified specific targets for each and every one of the pillars and this will help to follow up on each one, both individually and as a whole plan. And of course, the goal is to align these pillars with the United Nations sustainable development goals.

After the SDS was presented at the EEDC, how can you manage to communicate this plan both to the international community and the local one?

It is all about communication. Our effort to be able to reach both audiences was translated into a five minute video that highlights the main objectives of the SDS. The challenge was to summarize thousands of documents and research into a comprehensible compact video and we believe the end result was more than adequate. The next part of the plan is to introduce the SDS into the education system, not only universities but also basic education so that people get accustomed to it. This will help change the culture and make the people understand the importance of long term plans that are at a national level and beyond any single government. One of the key elements will be our capacity to transmit success stories on the short term so they can relate to long term plans.

Historically the UK has been the largest investor in Egypt and it has shown its continued commitment through the contracts of British Petroleum and British Gas. What role is the UK going to play in the next 15 years?

As the Ministry of Planning we focus on overall investments and the goal to reach investments rates above 22%. In order to do this FDI will play a major role as our national savings cannot hope to finance the projects necessary to the country’s development. Talking about FDI, our objective is to reach at least 10 to15 billion per year for the next 15 years. To do this we need to focus on the main partners, and of course Britain is our top partner as the largest investor (as a country) in Egypt. Investments such as BP and BG indeed prove the continued support from the country and now we need to play our part to facilitate for more investments to arrive into the country. Of course we are working within our budget limits, but we are managing to send the message that we are ready and we are serious.