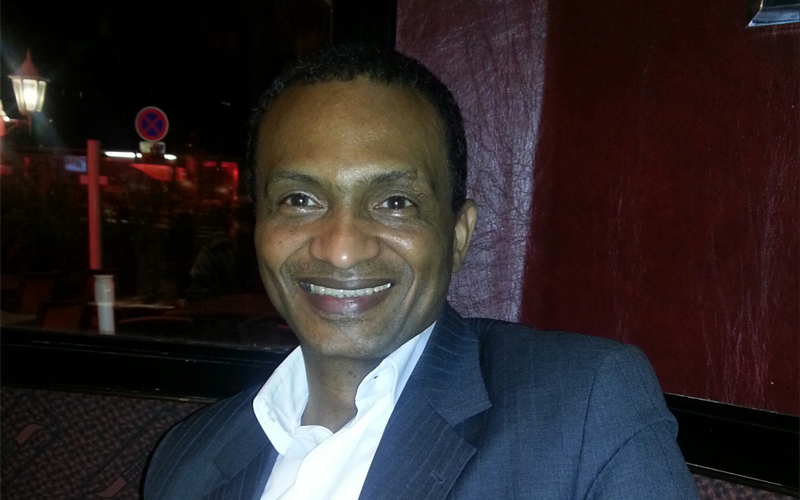 After 46 years of independence, Equatorial Guinea is living the most prosperous time in its history. Maintaining peace and political stability, the country is an example of governability in Africa. How would you describe the environment here in Equatorial Guinea?

Our Company has been here for 18 years, we opened this office in 1997 and since then the country has improved and developed a lot. I remember the first time I came here, in 1997, Bata was a very little town and now you can see the country has roads, electricity, water and buildings; it has changed a lot.

I think Guinea is not well-known in the rest of the world and being present in all these international events is very important for the country, so that people can talk about it, get to know the country, and understand its reality in a different way than what the media used to present. I remember when I told people I was coming here, they would say: “Why are you being sent there?” But I knew the country before coming here and I decided to accept this opportunity, because I think things can be done and I think the President is truly committed to developing the country and to opening it to the world.

Many of our interviewees have told us that investors shouldn’t look at Equatorial Guinea only as a market of more or less one million people, but that it could also be seen as the gateway to the CEMAC region.

Yes, of course. I think the real difficulty for investors to come here in Guinea is from an administrative point of view. It is very difficult to obtain a visa and sometimes it can be a nightmare, when you are here, to work with the administration. On the other hand, it is very easy to meet with a Minister, to talk with high-level officials, it is easier than in other countries and I think that if they can open the country, it would become a great lace for investors to come and then spread through Central Africa; and not only CEMAC, but all the countries of Central Africa, because CEMAC is the north of Guinea, but you also have the South and the East of Guinea, where investors can also sell their products.

As you mentioned, CFAO Motors arrived in Guinea in 1997, so I would say you were one of the first internationally renown firms that arrived in the country, which means you grew with Equatorial Guinea. Can you explain your arrival in the country and the main milestones you have achieved over these almost 20 years of activity?

When we first came to Equatorial Guinea it was a decision of the General Manager of CFAO Cameroon who decided to open a bureau in Guinea. No one in CFAO thought it was important to come here, but he decided to open here. I was working in CFAO in Cameroon at the moment and we came here, we were the first, and it was very difficult to bring the cars from Cameroon. But 20 years later we have a very new agency in Malabo and we are waiting for a new agency in Oyala, so we will be in Malabo, Bata and Oyala.

How many people do you employ?

Ninety people. Since we came here we have trained many nationals; it is difficult to find people with good qualifications here, but it is part of our policy to promote the national talent and to form them. We have a Toyota center in Cameroon and we send them there several times in the year to acquire new skills to repair Toyota cars. The problem is that when they are well trained, they go and work for oil companies because the pay is higher. But we have a plan; right now I have four young men coming right out of school and they are going to work for us for a six-month period and then they will go to Cameroon for training in the Toyota center.

We train, we offer services, we resell parts and I think in this country if you see ten cars, nine are Toyota, even if they don’t buy all the cars from our company. The problem that we have is that everyone can bring cars into the country, but we have to pay all the taxes and customs and everything, but the majority of the people don’t pay all these taxes, so they think our prices are high and they don’t understand why. But I explain that it is because we pay taxes, we pay customs, we have to collect IVA, and unfortunately if it’s a particular person it is very expensive; if it is a company they have exoneration so they don’t pay taxes and we can sell to them and to the administration.

We know CFAO Motors is also involved in other activities like technology and innovation.

Yes, we have CFAO Technologies branch involved in ICT; we represent OTIS (lifts). We are official distributor of TOYOTA, SUZUKI, RENAULT TRUCKS, YAMAHA, BRIDGESTONE (tires) and SICLI (fire extinguishers). We also represent AVIS car rental. That is what we do in Equatorial Guinea.

One of the advantages of being part of a Group as important as CFAO we have all the knowledge of CFAO for the African market, because the company has been distributing products in Africa for almost 150 years, so they know the market, they are used to distributing in difficult markets like Equatorial Guinea. We think there are a lot of opportunities in this country, we were here at the beginning of the country’s boom and our aim is to stay and to accompany the country during its development.

What would you say CFAO means for the people in the region it operates in?

Here people know CFAO as SEGAMI because at the beginning that was the name of the company, so when people talk about CFAO they refer to it as SEGAMI. The perception of the company is that we are very expensive and not really open to the market of local people. We are thinking about looking for some products that can be sold to the local population and we want to find some models that can fit with the needs and prices they can afford. That is what we are thinking about doing, trying to see if we can have affordable cars. We have also been working on a model to be used as taxis; we are doing all this to see if we can open a new market in the country, because right now we are selling to the country’s administration and the big companies that operate here, but we are looking to do something for the local population and the small enterprises.

The government is now thinking of diversifying the economy, is CFAO thinking of collaborating with that diversification?

Yes, we are working right now on different products for the new economic sectors, such as agriculture, and agro-industries. We are going to introduce a new brand of equipment for agriculture: MASSEY FERGUSSON. We are working on developing new types of trucks and tires for the agro-industry. We are also going to invest on a new repair shop for trucks and agroindustry engines.