Growth of the Islamic economies helped propel the global recovery

Nighttime view of Kuala Lumpur with the Petronas Towers, a modern Islamic design, at the center.
Tweet

An ancient Sudanese proverb says that one should share food like brothers, but settle accounts as merchants. The proverb cautions people to deal with friendship and business as two separate issues. For the nomadic communities of northern Sudan, a commercial transaction could be as sacred as a religious decree.

Though it had no intrinsic value for them, money could be used to build a house or provide shelter and was therefore a store of value crucial for survival in a hostile environment. It was a means to an end, often leading to acts of charity or social justice; it should therefore not be treated as a mere commodity.

This understanding of money as a vehicle for another purpose lies at the core of modern Islamic finance. The concept, still powerful, underpins the rapid expansion of Islamic economies in the 21st century, not only in finance, but in trade and in business in general. A rapidly-growing Muslim population and a burgeoning interest in ethical investing around the world have spurred the growth of the Islamic economy within the Muslim world and beyond.

In 2015, trade among the 57 members of the Organization of Islamic Cooperation (OIC) accounted for 20% of the world total, according to the Thomson-Reuters’ State of the Global Islamic Economy 2015. The Muslim population has reached 1.6 billion and Islamic nations now account for $10 trillion of global Gross Domestic Product. Spending on media and entertainment alone reached $185 billion in 2013, amounting to 5.2% of total global spending in the sector.

The global Sharia-compliant economy includes halal food and beverage, an industry that turned over $1.3 trillion worldwide in 2013. Islamic fashion is another segment projected to grow into a $484 billion industry by 2019. The figures are the dream of marketing strategists even in countries such as China or the United States that are non-OIC members.

The understanding of money as a vehicle for another purpose lies at the core of modern Islamic finance. and underpins the rapid expansion of the Islamic economy.

Looking for direction
The early merchant capitalism of the Arab Gulf spice traders paved the way for a sophisticated world of ethics-based banking in the Islamic world. In a twist of fate, however, their entrepreneurial spirit also gave rise to a brand of capitalism unfettered by moral precepts. Western capitalism, based on interest accrual and the sale of debt, dispensed with certainty and transparency, tips the scale toward speculative trade.

The global financial crisis of 2007–2008 and the subsequent sovereign debt crisis in Europe—which has continued into 2015 with the ongoing crisis in Greece—revealed not only the lax financial oversight of conventional banking institutions, but also the prevalence of moral hazard. Sub-prime mortgages in the United States and opaque derivatives trading provoked a near-meltdown of the financial system. Without links to real economy transactions, the Western brand of capitalism almost crashed.

In the aftermath of the global recession, central banks laid down a plethora of new regulations for capital adequacy and liquidity risk. At the same time, iterations of quantitative easing allowed the U.S. and the European Union to print money and spur consumer spending as an exit strategy. While banks, carmakers and insurers were being bailed out, Islamic institutions emerged virtually unscathed.

By 2015, Islamic financial services were available in more than 50 jurisdictions worldwide and accounted for more than 15% of market share in a dozen of them. The sukuk, or Islamic bond, is increasingly traded, including at stock markets in London, Hong Kong and Johannesburg. Total industry assets are estimated at over $1.8 trillion and the business is expanding rapidly in Malaysia, Indonesia, Saudi Arabia and Turkey.

By 2015, Islamic financial services were available in more than 50 jurisdictions worldwide and accounted for more than 15% of market share in a dozen of them.

Shot in the arm
In a world looking for direction, Islamic economies are helping to jumpstart a new business cycle. The International Monetary Fund forecasts that the world economy will grow by 3.5% in 2015 on the back of low oil prices and the recovery in the United States. The OIC countries will play no small role in this comeback, largely driven by demographic growth and the emergence of urban professionals with disposable income, from the Maghreb to the Philippines.

Though lower oil prices have hit the economies of OPEC producers in the Middle East, the high level of liquidity of their domestic financial systems and a new consumer drive will propel GDP growth. Underpinning their critical role will be the popularization of Islamic financial products, which have enormous potential in countries such as Indonesia with a majority-Muslim population of 250 million.

As of August 2014, Indonesia’s Sharia banks held assets valued at $29.8 billion. This amounted to less than 5% of domestic banking assets and paled in comparison to Malaysia, where Islamic institutions currently account for more than 20% of total assets.

Though economic growth in Indonesia slowed to 5.1% in 2014 due to the global commodity down-cycle, the government has charted a course toward higher growth based on exports and supply-side reforms. A commodities exporter, Indonesia has seen new investment taper from trading partners such as Japan. Public investment in infrastructure is one way to offset the current down-cycle.

According to Indonesian Finance Minister Bambang Brodjonegoro, the potential for sukuk issuances to fund infrastructure projects is promising.

“We have to admit that Malaysia is still some steps ahead because they have been developing financial reforms for quite a lot of time, but I believe we can still catch up. The challenge will be how to make Islamic banks more efficient,” says Brodjonegoro.

In Malaysia, a country of 30 million, Islamic capital markets tripled in size from 2000 to 2010. By the end of the previous decade, more than 50% of the country’s banking assets were Sharia-compliant. Malaysia has also launched more Sharia-compliant instruments than any other jurisdiction, including sovereign sukuk and Islamic real estate investment trusts (REITs). Malaysia’s Islamic finance sector has been growing at 38.3% a year, compared to 7.9% at conventional banks.

Since the 1970s, the Southeast Asian country has experienced strong economic growth on the back of services and export-oriented manufacturing. Increasingly diversified, Malaysia is now considered an upper middle-income economy. 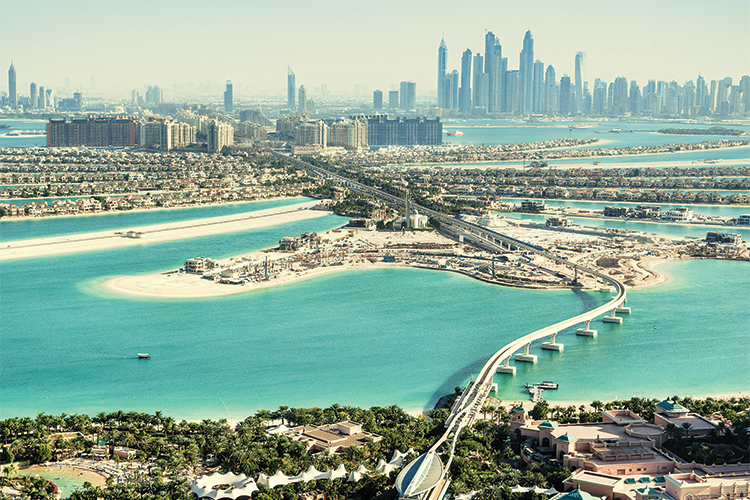 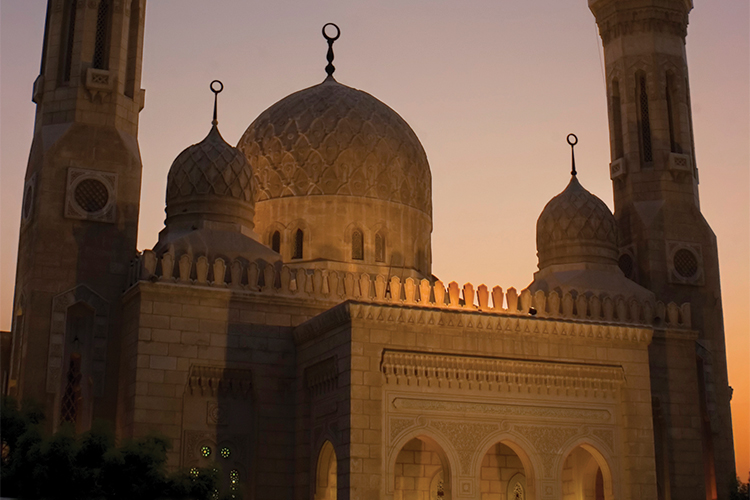 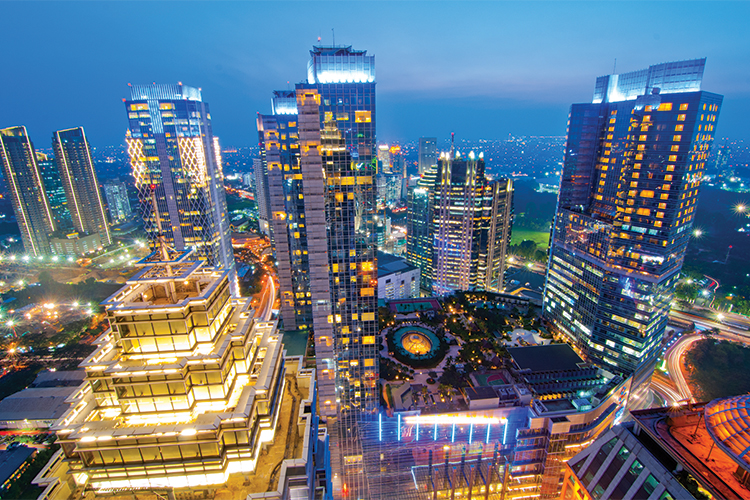 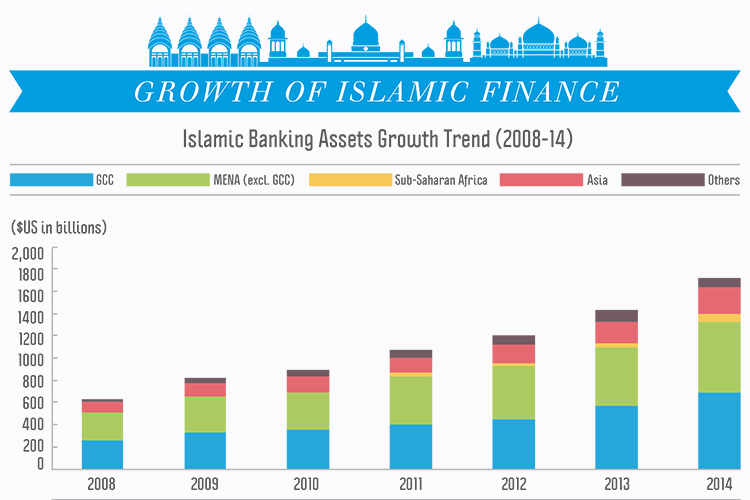 In Saudi Arabia, the dramatic decrease in oil prices has reduced fiscal revenue and the IMF now predicts the budget deficit could reach as high as 20% of GDP in 2015. Still, real GDP growth this year is projected to remain at a robust 3.5%, unchanged from 2014, when oil prices were high. As in Indonesia, public investment will spur economic activity. The Kingdom made headlines recently when it opened the Saudi Stock Exchange (Tadawul) to foreign investors. The landmark move will lead to more sukuk in a market in which Islamic banks have already consolidated their position.

As of 2015, Saudi banks boasted strong capitalization, profitability and liquidity. The Saudi Arabian Monetary Agency (SAMA) supervises more than 20 financial institutions and the Sharia-compliant products that are offered both by Islamic and conventional banks.

“Saudi Arabian financial markets are Sharia-compliant wherever zakat [religious tax] is applied. Islamic ethical standards are preserved in the financial sector and in other aspects of the economy and life. At the same time, the Kingdom has been keen on embracing developed financial standards,” says Fahad Al Hesni, Managing Director and CEO of the Saudi Re insurance company.

The IMF forecasts that the world economy will grow by 3.5% in 2015 on the back of low oil prices and the recovery in the United States. The OIC countries will play no small role in this comeback

In Turkey, Islamic finance institutions are known popularly as ‘participation banks’. Many conventional banks also offer Sharia-compliant products, which in effect results in a dual banking system. While the share of total assets of Islamic institutions in Turkey remains below 5%, their balance sheets are growing.

“Islamic finance is growing significantly. In Turkey, all state-owned banks are planning to open as participation banks. This will have a big supply impact on financial markets. So, more product, more funding and more loans will be available for Turkish businessmen and households,” says Dr. Turalay Kenc, Deputy Governor of Turkey’s Central Bank.

With GDP growth averaging 6% per year since 2010, Turkey has benefited from the emerging market boom cycle. But with the recovery in the U.S. capital flows to countries such as Turkey could fall in the medium term, cascading into the real economy. Still, real GDP growth is expected to grow by 3% in 2015, according to the IMF, as government spending increases to support domestic demand.

The new prototype of the capitalist model proposed by the Islamic economy will not be that far removed from the financial ethos of the early Arab Gulf spice traders. Property rights are still hallowed, as is fairness in business. The partnership concept of pooling money for a greater good will also apply. All parties are responsible for investments, thus helping to rein in moral hazard. And while profits are encouraged, community interests are paramount.

In a world looking for direction, Islamic economies are helping to jumpstart a new business cycle.

With no intrinsic value attached to money, as in the proverb of ancient Sudan, the business models will be able to return to transactions in real assets and activities instead of to interest-bearing financial instruments designed for corporate debt markets.

In this reedited form of capitalism, the move toward equity and risk-sharing will no longer be seen as experimental. The proof is in the lasting value of the new Islamic finance products currently being designed in markets such as Malaysia. •