From its core of real estate development, ES-CON JAPAN has branched out into new sectors, with the COVID-19 pandemic shifting its gaze to focus on logistics and residences in particular. We sit down with President Takatoshi Ito to talk about the firm’s evolution and ambitions, including “IDEAL to REAL 2023”, its mid-term management plan that aims to achieve “Transformation and Rapid Progress” by the end of fiscal year 2023. Mr. Ito also shines a light on the company’s strategy in tackling the booming logistics sector, as well as innovative urban development projects such as the “ballpark” concept being developed in Hokkaido.

In February 2020 Covid-19 was spreading rapidly, and in April 2020 the Japanese government announced a state of emergency for the first time. The outlook for future market trends was extremely uncertain, and although some properties were under consideration for purchase, I made an immediate decision to cancel the contracts and wait and see how the situation would develop.

A few months after the first state of emergency, a new market trend of increasing housing demand became prominent because remote work has become more popular.

During the state of emergency, the number of visitors to our condominium sales center decreased by around 70% from the usual level, but we started online sales activities and have achieved certain results. Around summer 2020, it was confirmed that the real estate market was getting better, and I was convinced that it would continue to be strong. Also, the demand for e-commerce was also increasing due to effects of the state of emergency and other factors. As a result, COVID-19 has given us a greater focus on logistics and residences.

In response to the pandemic, ES-CON JAPAN decided to withdraw its medium-term management plan, which was being promoted at the time. However, last year, we became a consolidated subsidiary of Chubu Electric Power Co., Inc. and raised approximately JPY 20.4 billion in capital. In conjunction, we formulated “IDEAL to REAL 2023”, the fourth medium-term management plan for the three-year period from the fiscal year ending in December 2021 to the fiscal year ending in December 2023. The basic policy is “Transformation and Rapid Progress”. In 2021, which was the year of Transformation, we acquired all shares of Picasso Co., Ltd., which owns numerous outstanding revenue-generating properties, and its seven group companies in October 2021 to rapidly move ahead with the strategy of “changing the revenue structure = securing stable leasing income”. In 2022 and 2023, our intent is to improve performance and aim to achieve record-high profits, as a period of “Rapid Progress”. We plan to achieve net sales of JPY 110 billion and operating income of JPY16 billion in the final fiscal year of the medium-term management plan. The purchase of sites to achieve the plan has been completed, and we will steadily prepare for Rapid Progress.

The logistics sector is growing strongly in the Japanese market against the backdrop of increasing demand in e-commerce, and ES-CON JAPAN has also been operating in this area. In 2019, you launched the LOGITRES brand for logistics facilities. What are your thoughts on logistics development?

Regarding our logistics business, we are developing logistics facilities in various places, including the Genboen Project in Koga City, Fukuoka Prefecture, as demand for logistics is expected to increase and expand. As represented by this project, our strength is that we can take a long-term perspective and a method of creating land for logistics facilities as an agent for land readjustment projects, rather than purchasing land in the market and developing it.

With such a method, although it takes a long time—6 to 10 years—to commercialize due to negotiations with landowners, we believe that we can create high-value products without being involved in excessive competition in overheated markets. We are focusing on such businesses.

In Japan, interest rates are still low compared to interest rates in the United States and Europe, which have started to increase, making it a very attractive market for foreign investors. With the pandemic, the logistics market has grown significantly due to the expansion of e-commerce and rising demand for logistics, and it is quite natural that the stability of logistics facilities, which are a profitable form real estate, is evaluated highly by foreign investors.

Under such circumstances, we believe that major developers will take on this market in the development of data centers and large distribution warehouses, and we would like to focus on projects with a scale of 10 to 20 billion yen. For that purpose, instead of acquiring the logistics land distributed in the market, we will focus on creating logistics land and developing facilities through land readjustment projects or selling these logistics land to the warehouse companies. 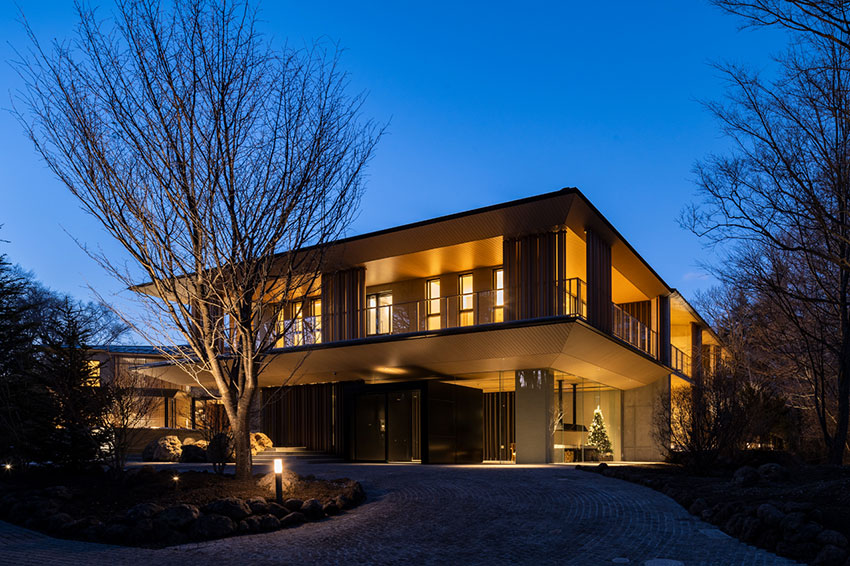 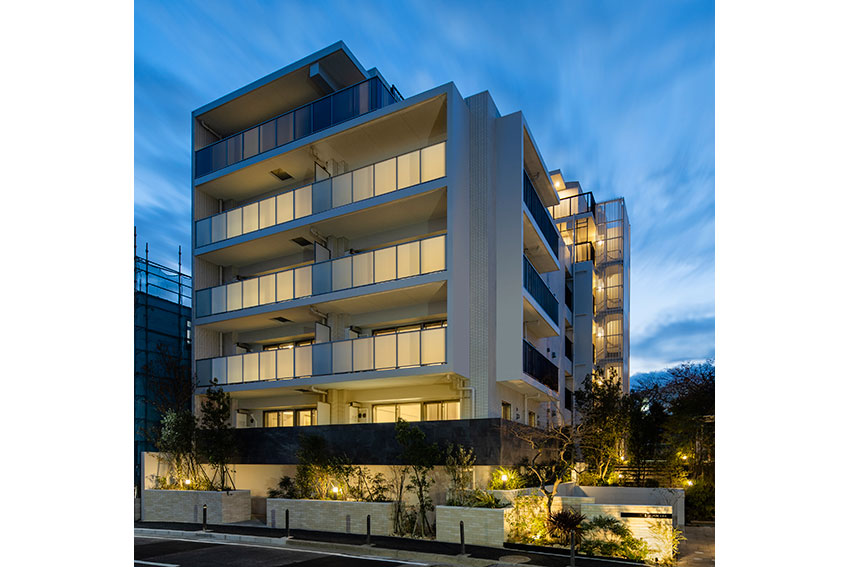 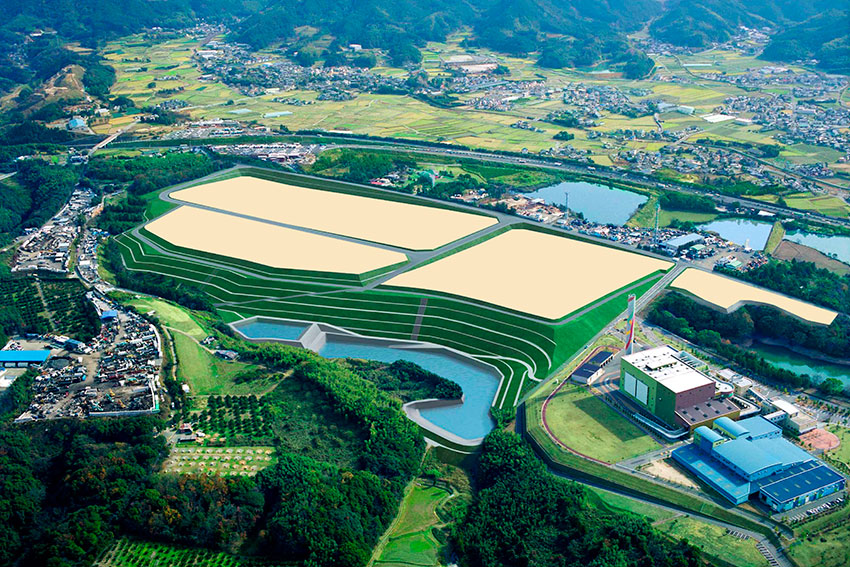 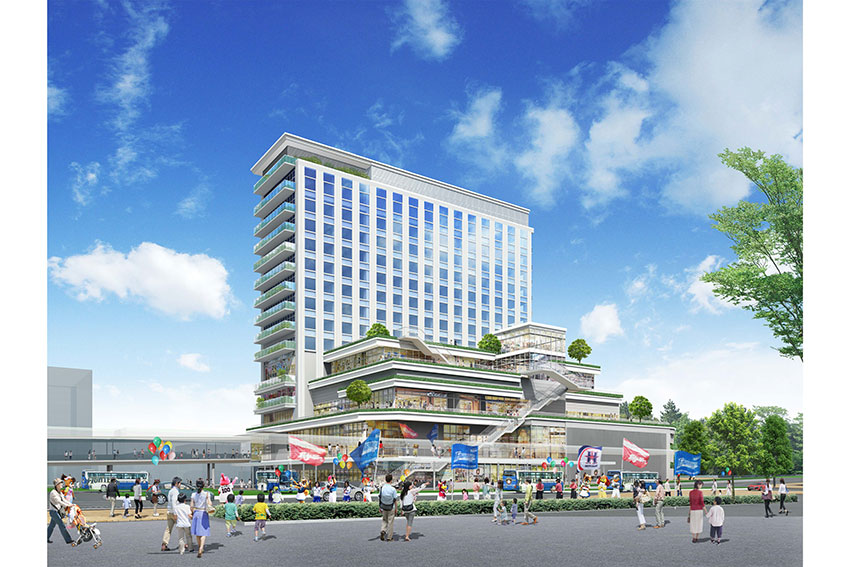 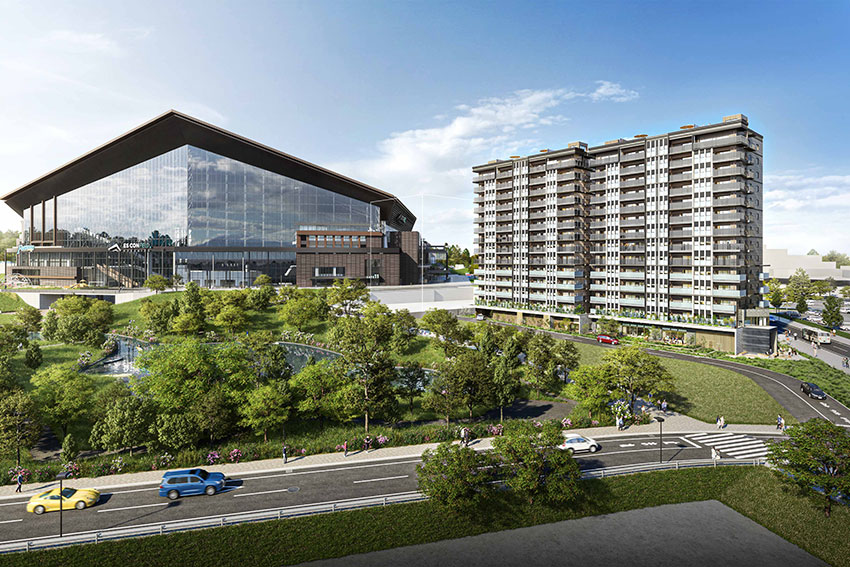 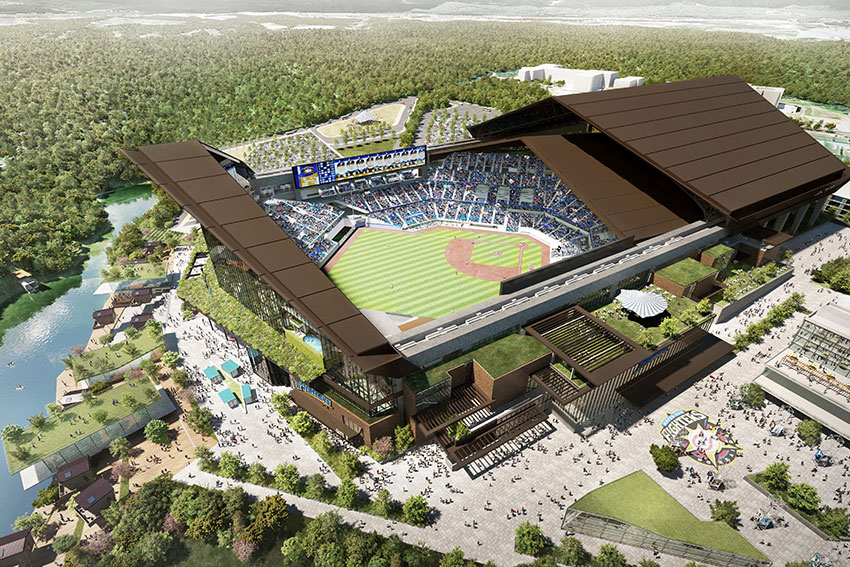 It is known that Japan’s population is decreasing, however, the number of people living in cities is increasing. Fro example, Tokyo’s population is expected to peak in 2025, and Japan as a whole is becoming more urbanized. ES-CON JAPAN has developed high-quality condominiums such as Le JADE Okurayama which won the Good Design Award 2021. What is your future strategy for the condominium business?

With the decline of the Japanese population, we must avoid the oversupply of houses and focus more on high-quality condominiums instead. As our strategy, annually we aim to supply approximately 1,200 to 1,500 condominium units.

In Japan, active seniors are strongly forming acquisitions in the housing market, and after Abenomics was introduced, the stock market has been increasing and performing well, and the range of wealthy people has increased in Japan as well. For these reasons, it is also important to provide high-value-added condominiums, which were previously few in number, to the wealthy class. For example, we have developed and sold Ost Residence Karuizawa as a second house, and we believe that it will be important to develop high value-added housing for the wealthy class in the future.

Many events have taken place in the three years since our last interview, and one of the major attempts has been to participate in the comprehensive real estate development around ES CON FIELD HOKKAIDO, the new baseball stadium of the Hokkaido Nippon-Ham Fighters Baseball, and to acquire the naming rights to structure. The new stadium is scheduled to open in March 2023, and at the Hokkaido Ballpark F Village centered on the stadium, we will develop various real estate such as the Le JADE Hokkaido Ballpark condominium and senior residences. We are also involved in the redevelopment of the area surrounding JR Kitahiroshima Station, which is garnering heightened expectations as an important access point to the ballpark.

In this “ballpark” concept, we are promoting urban development with an eye to the next generation. The concept is the “world’s first co-creation space”, which includes the meaning of contributing to the local community such as youth development and sports promotion. It can be said that the purpose is to develop the entire city with the stadium at its center. We are very proud to be involved in a project that will develop the entire city.

Regarding what remains to be done, I would like to nurture ES-CON JAPAN to be the real estate developer that represents this country and contributes strongly to the betterment of Japan. I am still working towards achieving my ultimate dream.