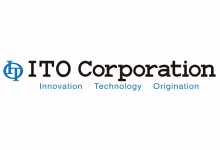 “We adhere to a Quality First policy and have established a robust corporate culture in which we are able to address any change of circumstances and contribute to our society.”

2001 - Founding of ITO f SYSTEM Corporation which aim to introduce ITO to the world. Gas supply equipment for LPG, City gas, and a various of industrial gases.

“ITO, the leading manufacturer of gas equipment for over 60 years in Japan.”

In ITO’s 60 years of experience in the Gas industry ITO have never ceased in our development, ITO is always headed towards innovations, facing everyday challenges. Since ITO foundation in 1953, ITO have been providing numerous gas related products such as pressure regulators maximizing award winning R&D & QC capability and outstanding production technologies, and contributing to the growth of gas industries. ITO has been the first in the development of many new products, unique in style and function and this is our continuing policy.

“Certainly NOT a me-too product”

ITO have developed numerous unique products which meet the-state-of-the-art technical requirements in a constantly changing gas market such as the One and Only Non-electrial SNG Generator, the Regulators incorporated with the first industry Auto Reset type OPSO, and the most advanced Direct-oerated Regulator and many more.

The exclusive Regulator, “REGIT 50” and SNG Generator “the ITO PA System” were recognized in 2005 and 2008 with the award of the Japan Gas Association’s technical grand prize. Following this, the World LP Gas Association has honoured this PA System & Earthquake Shut-Off Devices with its 2012 WLPGA Innovation Award.

We aim to be a manufacturer with strong presence and the one and only know-how in the world to supply energy safely and in peace. Our slogan is to be a one-of-a-kind company by providing useful products.

ITO Corporation and ITO f SYSTEM Corporation actively exhibits and participate in gas equipment exhibitions and forums in European and Asian countries to porote and sell our products, as well as to cxchange information with other gas-equipment-related companies around the world. Among the events, we join every year the World LP Gas Forum organized by WLPGA (the World LP Gas Association), and we exchange information with other LP-gas-related companies, worldwide. We send observers to sites all over the world to learn about local gas energy conditions and technical capabilities. We gather accurate information and we continue expanding our ITO brand all over the world.