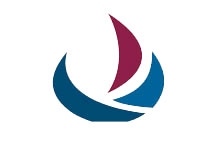 The Business and Investment in Qatar Forum, was held  this year in new York, in the United State of America from 6 to 7 April 2011, under the patronage and in presence of H.E sheikh Hamad Bin Jassim Al Thani, Prime Minister and Minister of Foreign Affairs of the state of Qatar.

The forum achieved an outstanding success in the business capital of America New York City. Were it attracted more than 1000 businessmen and representatives from big and medium American companies, which reflect the importance of the Qatari market to the American business community, and the importance of Qatar as a center for investment in the region.

The forum attracted a large number of highly distinguished businessmen and dissection makers from the state of Qatar, as the number of the Qatari delegation reached 400 participants.
H.E Sheikh Hamad Bin Jassim Al-Thani the prime minister and minister of foreign affairs opened the forum with a speech in which he mentioned that the state of Qatar enjoys a political stability and a promising economic future, he also pointed in his opening speech that Qatar has ranked number 17 in the year 2010, by ascending five more grades than the year 2009 in the global competitiveness index of the report which is annually issued by the world economic forum in collaboration with Qatari Businessmen Association.

H.E also noted that the United States of America is a major business partner of the State of Qatar as it has occupied a high position on the list of the main partners of Qatar for several years. For instance, the United States of America was the largest commercial partner of the State of Qatar, with 20% higher imports value of about 3 billion US dollars in 2009; and it is expected to maintain this position in the coming years in light of the requirement of the ambitious development projects for advanced systems and machinery of which the American companies are the forefront producers.

Another field was Highlighted by H.E the prime minister and minister of foreign affairs Sheikh Hamad Bin Jassim Al-Thani which is the financial sector saying "it enjoys stability and being able to achieve higher growth as it was not affected except in a limited way due to the international financial crisis implications because of the following reticent banking policy. In spite of that, Qatar has implemented three programmes as a proactive step to support the banking sector and one of them is supporting a capital base for the Qatari banks"

Concluding his note the prime minister of Qatar hoped that the forum will raise the degree of knowledge and awareness for the American investors on the different aspects of the Qatar economy and the available opportunities for the companies and investors through the ambitious Qatar development programme in the coming years with emphasis on the stability Qatar is witnessing and the reality of favourable investment environment that copes with the investors ambitions".

A huge number of Qatari and American companies participated in sponsoring the forum, the Host sponsors were: ExxonMobil, Qatari Diar and Lusail, Qatar Petroleum, Barwa real estate and Barwa Bank.

Gold Sponsors were:  DDB, Citibank, Doha Bank, QIIB, and Dewy & Leboeuf.
Silver Sponsors were: Al-Jaidah Group, Qatar Exchange, Aecom, Chevron, Mubarak Alsulaiti Law Firm and Boeing.
Bechtel and Qatar Airways both Sponsored the Lunch
Five agreements were signed between Qatari and US companies on sidelines of the Forum, exceeded $ 2.5 billion dollars.
Those Projects are:
Qatar Airways
Qatar Airways signed an agreement with The Boeing Company for an additional purchase of five 777Fs and two 777-300ER aircraft worth $1.3 billion at list prices.  These orders will support Qatar Airways’ continued growth plans.

City Center DC
City Center DC is a 10 acre site for a 2.5m square foot mixed use real estate development being carried out in Washington, DC between 9th and 11th Street on New York Avenue. Qatar’s Barwa Bank subsidiary, The First Investor, is coordinating the financing through its dedicated TFI U.S. Real Estate Fund. The anchor investor in the fund is Qatari Diar Real Estate Investment Company. The master developer on the project is a major US-based developer, The Hines Group. Tanween, a Qatari management development company, is appointed to work closely with Hines in overseeing the management of the project.  The project value is $700 million.

Lusail Light Rail Transit
Qatar Rail has awarded the program and construction management contract to the joint venture of AECOM / Parsons for the Lusail Light Rail Transit project.  The project is to develop a 30 km light rail transit network in Lusail that consists of four tramway operating lines, 30 km of rail line, numerous rail stations both above and below ground, a depot, one viaduct, and light rail transit vehicles.  The project is part of the Qatar Rail Network Program.

Peripheral Roads to Barwa City
Barwa City is a major residential development at the southern skirts of the Greater Doha, and is expected to be occupied by 35,000 inhabitants. As part of their major roads and infrastructure program, Public Works Authority has awarded AECOM the construction supervision of the main roads surrounding the city, comprising of 22 km of dual two and three lanes, with 11 signalized junctions and 4 roundabouts and 9 electrical substations, in addition to infrastructure works including the storm water, irrigation water, telecommunication, electrical and irrigation networks.