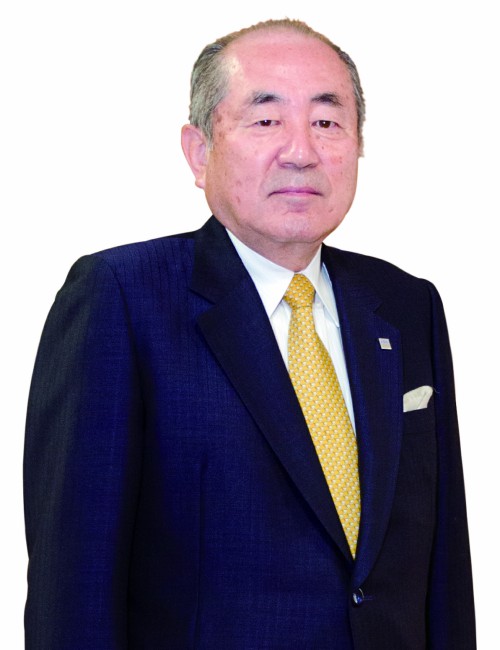 Niroh Utsumi was born in yamaguchi prefecture, Japan in 1938, and has been a pioneer in the gas industry for over half a century. Having assumed many important post of the Japan gas industry association, he is widely acclaimed for his contribution to the gas industry sector, as proven by the “Distinguished Service Award for High Rressure Gas Safety by Minister of International Trade and Industry” received in 1995.

After having joined ITO KOKI CO., he first joined the sales department, before joining the manufacturing department of the head factory and Shiga factory.

After becoming president, he instored a "all participation in management" with the slogan "a good company thrived on" , shifting the a half management to a three period management. He has installed three different bonus and various other motivational incentives in order to improve the employees motivation.  He introduced such a system that if an employee submits an improvement plan or market infomation, or even discovers a mistake in the manufacturing process, they get points and then each period, individuals are awarded prizes based on how many points they scored.

By putting a variety of policies into practice, He has builted the monozukuri system of  “producing good items certainly, faster, and inexpensively”.

With their unique technologies, ITO group has developed safe and reliable products which satisfy market trends by actively collecting market information and through promotion of exchanges with both human and technical resources.

What have been the main lessons you have learned in your career and how do you implement them in your management?

"A company is its people."

If employees think about more rich and affuluent life and have make effort to do their work, the company develops.