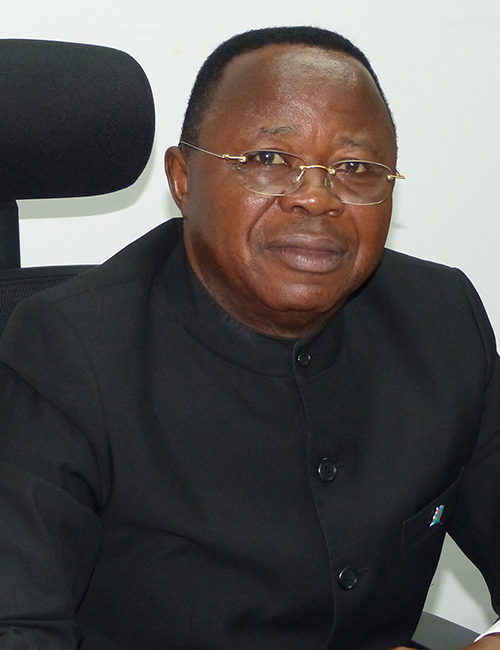 Bruno Kapandji Kalala has played a leading role in socio-economic studies and the drafting of final reports for the development plans of some economic centers in Zaire (DRC) within the Italian-Congolese company for the development of Inga (SICAI) from 1974 to 1980, and then as one of the "Experts from Zaire" within the prestigious Studies Service in Zaire – Service des Études du Zaire (SEZ) – which later became the Presidential Studies Service, “Service Présidentiel d’Etudes” (SPE) from 1980 to 1987; then as Chief of Staff to the Deputy Director in the office of the President of the Republic of Zaire.

A Congolese national (Democratic Republic of Congo), Bruno Kapandji Kalala holds a Bachelor’s degree in Economics and Rural Development, which he obtained in 1973 at the National University of Zaire (UNAZA).

In addition to this degree, he has done postgraduate studies and carried out many professional courses, in particular:

During his career in the DRC, Bruno Kapandji Kalala has had the opportunity to play important roles regarding the country’s integral development by creating, especially, the integrated rural development center of Mweka – Centre de Développement Rural Intégré (CEDERIM) – in Western Kasaï in 1979, as well as the Zairian foreign trade bank Banque Zaïroise du Commerce Extérieur (BZCE) in 1987, and other projects, which include the rehabilitation of school and ecclesiastical infrastructure of the Makungika Catholic Mission (PRIMAK) in Bandundu in 2003.

In 1990 he was appointed as Chief Financial Officer (CFO) to the National Electricity Company (SNEL). In 2003, following a successful competition and selection, he was recruited, appointed and served until April 2012 as Permanent Secretary, Head of the Diplomatic Mission for the Central Africa Power Pool (CAPP) at Brazzaville, the headquarters of this regional organization responsible for the implementation of energy policies in order to increase the electrification rate of the population and ensure the electricity supply to the 10 member states of the Economic Community of Central African States (ECCAS).

It is worth highlighting that in 2008, at the request of the people living in Gungu in Bandundu Province, he agreed to create and launch, with the help of his family, the Bruno Kapandji Kalala–Development Foundation, “Fondation Bruno Kapandji Kalala-Développement” (FBK-DEV), through which he demonstrates his love and dedication to the advancement of mankind. The foundation aids rural populations and provides energy services based on the village electrification program. In 2010, the FBK-DEV built its first micro-hydroelectric plant that provides electricity to the population of the village of Ngula, on the main highway between Kikwit and Feshi. Other similar projects are under preparation or implementation in the FBK-DEV’s current area of action.

His rich, long and varied professional experience has made Bruno Kapandji Kalala a great manager of both public and private affairs.

On 28 April 2012 the President of the Democratic Republic of Congo called him back to the country and appointed him as Minister of Water Resources and Electricity in the central government.

In October 2013, he signed the treaty for energy cooperation between the DRC and South Africa, and in November 2013 he passed the electricity sector liberalization act in parliament.

Another of his achievements is the launch of the Atlas for Renewable Energies in the DRC.

After leaving the central government in December 2014, the President of the Republic renewed his trust in him on 13 October 2015, by appointing him as Head of Mission of the Head of State, with the rank of Minister, in charge of the agency for the development and promotion of Great Inga, “Agence de Développement et de Promotion du Grand Inga” (ADPI), attached to the Presidency of the Republic.